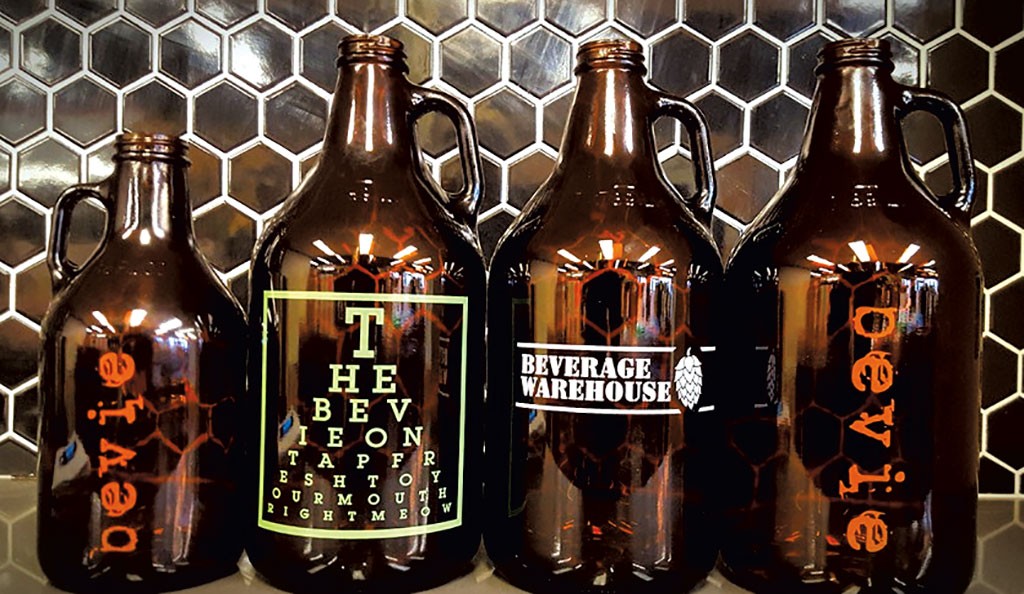 Locals who frequent Winooski's Beverage Warehouse may have noticed new projects at the liquor store and craft beer outlet. For the past few months, owner Jen Swiatek's husband, Shon Flaherty, has been working to install a six-line growler bar that will soon flow with fresh beer to go. Thanks to an advanced Pegas CrafTap draft system, unopened growlers from the station will remain fresh for up to 45 days — weeks longer than the average growler's shelf life.

Still a work-in-progress, the bar will make its unofficial debut this Thursday through Saturday, March 10 through 12, when Swiatek starts pouring samples and growlers of four high-scoring brews from the first Make the Cut Homebrew Challenge. Swiatek launched that contest with Farrell Distributing and 14th Star Brewing last year.

Drafts will include 2015's Make the Cut winner, a schwarzbier from Brett Seymour, and runner-up, a Belgian witbier from Tom Poole, along with a brown ale from Vermont Homebrew Supply co-owner Anne Whyte; and a chocolate-raspberry stout from Leonard Halvorson of Colchester.

Those beers will also be on draft through March 13 at Make the Cut partner restaurants statewide, including Doc Ponds and the Bench in Stowe, Mule Bar in Winooski, the Worthy Burger in South Royalton, and Burlington's Farmhouse Tap & Grill.

This four-beer release comes in anticipation of the final round of Make the Cut's 2016 contest later this spring, wherein Casey Leahy's Baltic porter will go toe-to-toe with Roland Maheux's German alt-inspired beer in a drinkers' choice vote.

"This is just an extra thing we decided to do," Swiatek says of the release. "It's just to get people ramped up before the [2016] finalists go out," toward the end of April. Whoever wins that round will brew a larger batch at 14th Star, to be available in cans and kegs this summer — and at the Vermont Brewers Festival in July.