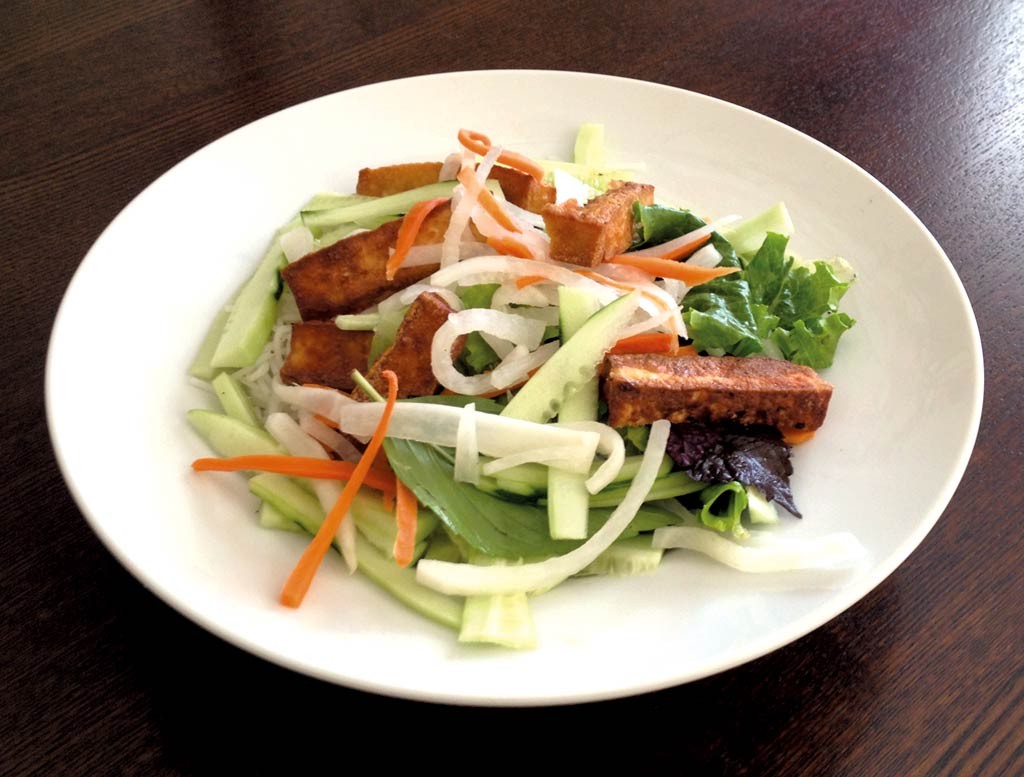 A new Vietnamese restaurant is coming to 121 Connor Way in Maple Tree Place in Williston. Khanh Le and his wife, Khanh Pham, have been hard at work renovating the 1,500-square-foot space between Yogurt City and Asian Bistro and hope to open Pho K&K by the end of the month. The moniker is a play on their shared name as well as a reference to the popular noodle soup — though those will be far from the restaurant's sole attraction.

In fact, Pham comes from the city of Huê´, where the predominant soup, bún bò Huê´, features a spicy, lemongrass-flavored beef broth that's light years away from mild pho. Besides that and a variety of other soups and noodle bowls, Le says, he and his wife will serve banh mi and Vietnamese-style pancakes. But the similarities to other local Vietnamese restaurants end there.

"We try a lot of places here. They're authentic somewhat, but we wanted to be more authentic," Le says. Once the couple has gotten the basics under control in the first month or so, they'll expand their menu to include dishes that Le describes as "more delicate and more authentic."

Those include a hot-pot-style meal with a spicy curry broth in which to cook raw ingredients at the table. Family dinners will consist of multiple courses, including soup and whole fish. Le says that even before the menu expansion, fish will be a hallmark of the restaurant, with rice dishes served with a selection of seafood.

For people in the market for pre-movie dining, Pho K&K should open up a new field of options, spicy and mild alike.