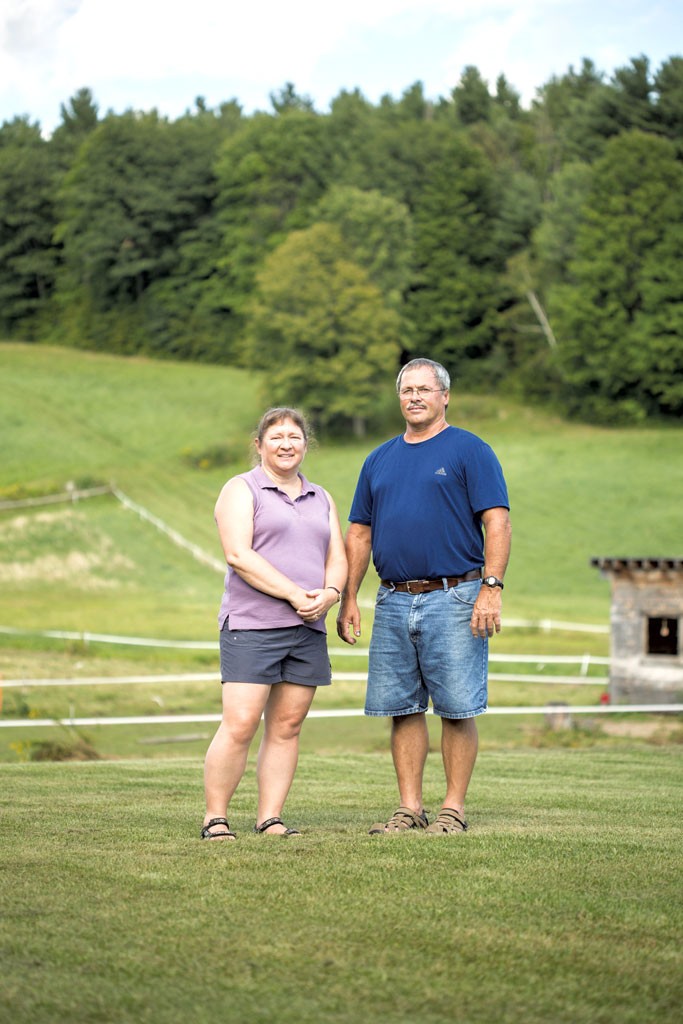 After six years of jostling with lawyers, town officials and state regulators, neighbors of the North Country Sportsman's Club thought they had scored a decisive victory in June. In an unusually assertive move, the Williston Development Review Board ordered the club to remove construction waste mixed in with tons of fill that the group arranged to have dumped on its land off Old Creamery Road.

The neighbors had pressured the DRB to make that ruling, saying that by using fill that fell short of "clean" standards, the gun club had essentially created an unregulated landfill while conducting a project designed to make amends for a previous environmental foul-up.

"We finally made some progress," said neighbor Mona Boutin, who, with her husband, Leo, has been the chief agitator against the club. "The ruling seemed very definitive and obvious to us. It was a positive ending. Finally, something that was favorable."

That feeling didn't last. Last week, the sportsman's club appealed the DRB's decision to the Vermont Environmental Court, giving new life to one of the state's longest-running land-use battles.

The club's treasurer, Tim Riddle, says the neighbors are trying to run the organization's 150 members out of Williston. It's harassment, Riddle said in an interview. "It's a one-sided aggression on their part. Their concern is not environmental. Their concern is about trying to shut us down."

The dispute between the gun club and its neighbors, fought in a thicket of state and town environmental regulations, dates back to 2009. That's when the Boutins hired a company to test the water from the brook behind their home. It showed that lead shot from the 50-year-old gun club's shooting range had contaminated it. Neighbors feared for their wells and the local watershed.

After years of prodding by the Boutins and others, the Vermont Department of Environmental Conservation ordered the club to take steps to protect the neighboring waters.

Essentially, the club pledged to build earthen walls around the shooting range, like a natural amphitheater, so that lead from both bullets and targets would get lodged in the surrounding earth instead of landing in local waterways.

Work began last year on the construction project, for which the club received grant money from a federal tax on firearms and ammunition, to build the bowl by trucking in tons of fill to the 50-acre property. Riddle estimates the project will cost up to $100,000. The club will pay 25 percent, with the government covering the rest.

There were two problems.

First, like most communities in Vermont, Williston requires its zoning and planning offices to sign off on any significant alterations to land or buildings. But the club never got any permits from the town for the project, which, at its height, involved more than 100 trucks a day dumping fill at the 50-acre site.

Club officials told the town that since they had secured state permission for the project, they did not think it needed local permits, Williston planning and zoning director Ken Belliveau said.

"In this instance, they were under pressure from the state," he said. "They were trying to comply."

The second problem involved the contents of material being used to build the embankment — it wasn't just tons of dirt.

Chunks of concrete, iron rebar, pipes, wires, carpets and other waste were being dumped onto the site, according to images captured by neighbors. Contractor SD Ireland brought the material from two places: Burlington International Airport and the remnants of state office complexes in Waterbury destroyed by Tropical Storm Irene.

What good was an environmental remediation project, the neighbors argued, if it effectively created what they called an unregulated dump?

In August 2013, after receiving complaints from the Boutins and others about the work, Williston officials ordered the club to stop the project until it got a permit.

But regulators from the state Agency of Natural Resources inspected the site and deemed the work acceptable.

By the end of October, the DRB allowed work to resume, though it required the club and SD Ireland to use "clean fill," which the permit says does "not include any asphalt, building debris, or metal, steel, wire mesh, or the like, embedded in concrete slabs."

For a moment, it seemed like everyone was on the same page.

"We are going to operate responsibly and we are going to make sure that we don't have any more impact than possible," Riddle told a DRB crowd in October, according to the Williston Observer. "We're not only beholden to do this but happy to be doing what we're doing, because it means we can continue to operate sustainably."

But that didn't settle the issue.

Neighbors assumed the new permit required the sportsman's club to remove the construction materials that had already been dumped at the site.

Instead, neighbors witnessed the dirty fill being covered up by newer loads of clean fill. They began complaining once more to town hall.

Belliveau rejected their requests to intervene, saying that the permit only required that future fill be clean. The DRB did not explicitly say in the permit that the older material had to be removed, he contended.

"They didn't say it, and they knew it was there," Belliveau said in an interview. "That's how I saw it. That was the position I took."

The DRB, a board of seven appointed residents that has the final say on all zoning matters, overruled him. At the neighbors' insistence, the board voted unanimously in June to require the construction debris to be removed from the gun club's land.

Last week, the club appealed that decision to environmental court, which will likely take several months to rule on the case.

Work at the site has stopped.

"We had to appeal," Riddle said. "We don't have a choice. We have to get some resolution on what constitutes clean fill. What do we have to do to finish the project?"

Meantime, the Boutins are fuming at town officials, whom they say have had to be nudged repeatedly to enforce town rules.

"They have been sleeping on this issue," Boutin said. "I don't understand why. I don't think they're enforcing or doing anything."

But town hall officials say there is only so much they can do to monitor construction projects in a town of 7,600 people.

"Our staff has millions of other things they're working on aside from that," Williston Town Manager Richard McGuire said.

Belliveau pointed out that he is a one-man operation and can only occasionally visit sites to make sure that the rules are being followed.

"Does that leave opportunities for anybody with a building project to do things not within the confines of the permit? Yeah. It's the real world," Belliveau said. "I don't see the gun club as being some entity that has ill motives."

The original print version of this article was headlined "Clean Shot? A Williston Gun-Club Dispute Heads to Environmental Court"