Will Night Fires Be Extinguished? 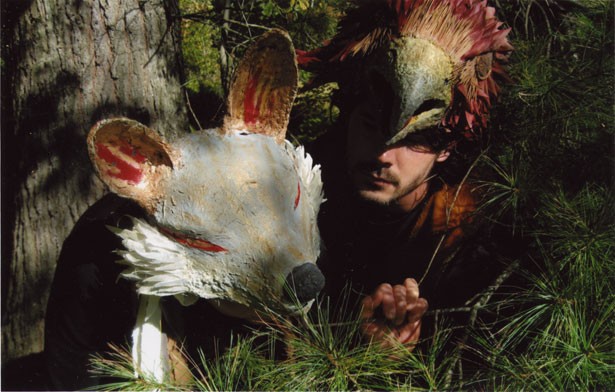 To everything, there is a season. That phrase will resonate with readers of a certain age as the title of a song by The Byrds, circa 1965. Long before that the words were penned for Ecclesiastes. Anyway, right now is the season for winter solstice, and if practitioners of organized religion have anything in common with pagans, agnostics, atheists and animists, it's that. We all pass through the season of cold and dark and have faith that warmth and light will return.

For the last quarter-century, Lincoln resident Marianne Lust has devoted her annual theatrical production Night Fires to this primal passage. The 26th "carnival/opera/feast for the eyes, heart and ears" will be performed eight times over the next week. Night Fires celebrates the winter solstice with music from around the world, lively costumed characters and stories about love, peace, nature and journeys both physical and spiritual.

Never seen it? This could be your last chance. Lust announced recently that Night Fires, which began in 1982 based on a dream she had, will not return, at least not under her direction. "Now it's time for others to seize this dream, if they will," she wrote. "Or it's simply the right time for this sweet thing to come to its natural end."

Lust can be forgiven for wanting to pass the torch. Though it comes but once a year, Night Fires is a complex production: It is different each time, which suggests considerable creativity and research; it melds poetry, music and mythology from cultures all over the world; and it is performed by community members young and old. Explaining nature's cycle of death and rebirth was a task for storytellers and sages before it was codified by religions and demystified by scientists. Night Fires retains the magic and wonderment of ancient stories while offering contemporary audiences a still-salient ritual. Not least, Night Fires is a joyful alternative to the stress, and excess, of commercialized Christmas.

Which is a really compelling reason for others to take on the project. Toward that end, Lust promises to "hold a good long meeting open to all interested folk" in late fall 2008 to "determine whether or not Night Fires should/can continue." Anyone interested will be invited to fill out a form and drop it in a box after the show. And maybe dream about it during their long winter's nap.