Wild Heirs: Former Sanderistas Reveal What They Learned From Bernie

As mayor of Burlington, congressman and U.S. senator, Bernie Sanders has attracted idealistic, ambitious employees for decades. Some, such as Dave Sirota and Danielle LeClair, went on to work for politicians in other places; former intern Alyssa Mastromonaco was President Barack Obama's deputy chief of staff before she became chief operating officer at Vice Media.

But a remarkable number of Sanders alums have stayed in Vermont — to work in fields that mattered most to Sanders: affordable housing and health care. Some went on to elected office themselves. Where are the Sanderistas now? What did they learn from the Bern? This sprawling family "tree" illustrates the human impact the presidential candidate has had on his adopted home state.

On the Boss: "I learned of the importance of engaging citizens in the decision-making process, particularly historically disenfranchised citizens."

On the Boss: "Bernie was not interested in making people comfortable. He started from a calculation of what was needed in the way of affordable housing and equitable development and demanded that something be done about it. He did not compromise until he had to — down the road."

On the Boss:  "Bernie is a clear and strategic thinker, and he has the ability to boil down complicated policy discussions into plain English. I learned how to be a more effective writer and speaker working with him." 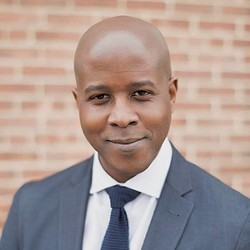 On the Boss: "The thing that has stayed with me consistently over the years is, 'Demand excellence from yourself and those that work with and for you.' The incredible attention to detail that he pays to everything was, in my experience, nothing short of astounding."

On the Boss: "I learned that if you are honest, consistent and work your butt off, you can change the world around you for the better."

On the Boss: "He really is exactly what he appears to be — a strongly driven person who believes everyone should be treated fairly and everyone deserves a fair shot. It was also completely exhausting to work for him."

On the Boss: "All his policy ideas are fundamentally about power. With affordable housing he starts with the recognition that the system is failing people. That's the basis for everything. But people always told me he was also very clear that we have to plow the streets."

Post-Sanders: Returned to work as English professor at the University of Vermont

On the Boss: "In Washington, we often talked for an hour or more each evening ... He is not only a good listener. Our conversations really were conversations."

On the Boss: "He had policy directions like the Burlington waterfront or taxing the hospital and he'd say, 'Go out and find a way to do that.' He wasn't intimately involved in all the details. We had a lot of leeway to be creative. It was just a heady time." 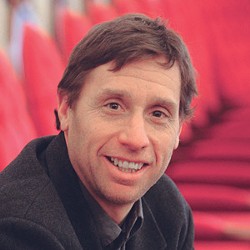 On the Boss: "Bernie could have done zero events and still won easily. But for him, that was inconceivable. So as I work on bringing about a single-payer health care system, I really try and go out to talk to everyone: dairy farmers, college students, working parents, senior citizens, etc., all over Vermont. I really wish I had as much energy as Bernie. I honestly don't know how he does it."

On the Boss: "What you learn is how important it is to be face-to-face with people."

On the Boss: "Bernie was a big influence on and model to all of us. He faced so much negative reaction in the beginning, and he never wavered. People organized against our affordable housing developments, against the community land trust and the ordinances we proposed to protect tenants. He stood firm and stood with the people who usually lose in city hall, and made this a more equitable city in very material ways." 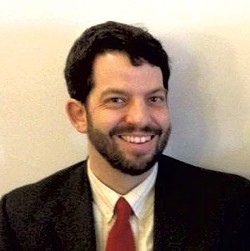 On the Boss: "He didn't change my views much, but he gave me language to express them. I learned a lot about Vermont from Bernie. He likes to stop at swimming holes for a dip, and farm stands. Bernie loves fresh Vermont tomatoes. Just be real. I saw close up how powerful that can be."

On the Boss: "The biggest lesson for many of us was to be fearless. You can't just sort of accept things as they are. You have to try to make things as they should be."

On the Boss: "There was an idea a minute on how we could change the balance of power and give a little more equity to the little guy — renters and low- to moderate-income families and seniors. He was fearless in the face of obstacles and he expected us to be as well. I learned to speak out to the HUD secretary to get resources for Northgate [public housing project] because he made me believe that was possible. He made me bolder and smarter in my work."

On the Boss: "I worked for the city for 34 years. Nothing was as good as when Bernie was mayor. There was more energy, more desire to move the city in a good direction. He gives a lot of leeway in how that gets done."

On the Boss: "Bernie impressed me with his commitment to making city government work better and to deliver better services to the average citizen. He didn't want to see people lose faith in local government, which he felt had to be very responsive to people's needs. Delays were frowned upon."

Corrected 7/15/2015 to note the years Sarah Kenney was with the Vermont Network Against Domestic and Sexual Violence.