Why Vermont's Health CO-OP Is on Life Support 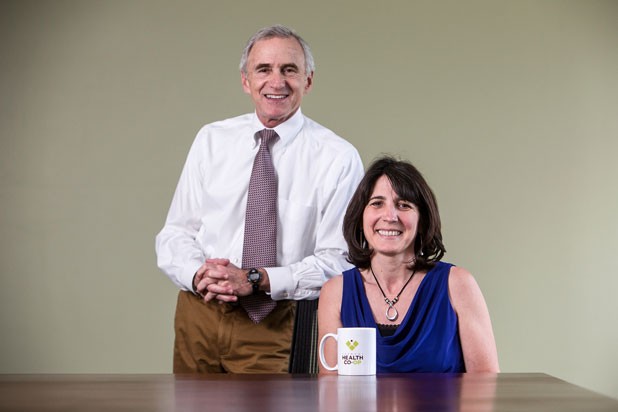 On the surface, the Vermont Health CO-OP seems like the kind of endeavor the state would embrace with open arms. Using federal funds from so-called “Obamacare,” the South Burlington-based nonprofit wants to offer a member-owned alternative to much-maligned corporate insurance companies. All of its profits would be reinvested to lower health-care costs and expand coverage.

What’s not to like, especially in a state that goes gaga for co-ops?

Plenty, according to the Department of Financial Regulation, which last month issued a blistering decision denying the CO-OP the license it needs to sell health insurance in Vermont. The CO-OP had already earned federal approval — and more than $33 million in start-up and solvency loans — from the U.S. Centers for Medicare & Medicaid Services. But that wasn’t enough to sway state regulators, who listed the risk of insolvency and deep concerns about corporate governance among the top reasons for denying the license.

DFR’s decision has, at least temporarily, derailed the CO-OP’s plans to sell health insurance to individuals and small groups on the new federally mandated health care exchange that kicks off on January 1. At a press conference last week, the CO-OP’s leaders expressed their disappointment.

“Vermonters are getting short-changed by not having this as an option,” said Mitchell Fleischer, the board president of the CO-OP, who is also CEO of private investment and insurance firm Fleischer Jacobs Group. The CO-OP had boasted it was building numerous innovations into its health care plans: eliminating barriers to mental health and substance-abuse services; offering one-on-one wellness coaching; and encouraging collaboration between patients and their doctors.

But it’s not just regulators who are casting doubts on the fledgling cooperative. Some longtime health care analysts say the CO-OP wouldn’t likely drive down costs on the exchange and would instead struggle to match the rates of competitors Blue Cross Blue Shield of Vermont and MVP. As Vermont plans for a transition to single-payer health care as early as 2017, observers question the wisdom of launching a new insurance company when, in a few short years, the state could do away with private insurance altogether.

“What really would be the function? Is it really needed, or is it just sort of going after a pot of money that the feds were throwing our way?” says Dr. Deb Richter, a Montpelier-based family physician and longtime proponent of single-payer health care.

“This is just one more insurance scheme as far as I’m concerned,” Richter adds. “Not necessary, a lot of fuss, and a waste of time and money.”

“On the one hand, the idea of creating an insurance model that is member-owned is a great idea,” says Schilling.

But on the other?

“When we plan to transition to single-payer health care in 2017, it almost feels like the introduction of this new cooperative is betting against that,” he says. “While it has promise, I don’t think they are really on board with the larger goal that a lot of people in the state are trying to move forward.”

The CO-OP model was proposed as an alternative to the “public option” that failed to make it into Obamacare. The public option would have set up a national-government-run health insurance plan designed to compete with private insurers. When that was rejected, lawmakers instead built in a provision to fund the smaller-scale, member-owned-and-governed health CO-OPs — short for Consumer Operated and Oriented Plans. Last winter’s fiscal cliff deal reduced that funding, but not before the feds had already promised roughly $2 billion in loans to 24 cooperatives — including Vermont’s.

Those 24 CO-OPs are in various states of development, but so far 17 have been awarded licenses by their respective states to sell health insurance.

For now, the Vermont Health CO-OP — under the leadership of Fleischer and CEO Christine Oliver — is left to map its next step. Oliver has said repeatedly that her first and only goal right now is to convince DFR Commissioner Susan Donegan to reopen the CO-OP’s application.

Donegan, however, is holding fast, saying she won’t be reopening the CO-OP’s case. That leaves the group with two choices: appeal Donegan’s decision to the Vermont Supreme Court, or reapply for licensure. But neither option realistically gives the CO-OP enough time to obtain licensure and rate approval before the new health care exchange goes live next January. What’s more, Donegan has said the CO-OP would have to look radically different in order to merit reconsideration.

That’s in large part because DFR uncovered what it called serious flaws in the CO-OP’s finances and corporate governance, as detailed in the 36-page decision issued on May 22. Hamilton Davis, a former lawmaker, journalist and health care regulator, says he was “blown away” when he read Donegan’s ruling.

“I’ve been reading decisions like this since 1960, and that was a scorcher,” says Davis, who was chairman of the Vermont Hospital Data Council, a predecessor to the DFR. “I think it was a surprisingly strongly worded decision by the regulator. But [Donegan] made the case.”

But the critique extended beyond the threat of insolvency. Donegan’s decision points out that, as board president, Fleischer is collecting a $126,000 annual salary; his counterparts at Blue Cross Blue Shield of Vermont and MVP get $28,900 and $48,750, respectively. What’s more, Donegan deems illegal — and a significant conflict of interest — a contractual agreement between the CO-OP and Fleischer Jacobs Group, which would have acted as the CO-OP’s sales and marketing arm.

The decision may have been more strongly worded than usual, says Donegan, but she believes consumers deserve no less.

“Think back to what’s been going on with the economy since 2007 and 2008,” says Donegan. “One of the things that we know is that regulation for the sake of regulation is not useful, but regulation to prevent another crisis is very important … We are the first and last line as U.S. insurance regulators for not only solvency but also consumer protection.”

Oliver contends there are several factual inaccuracies in DFR’s report, and she and Fleischer are firing back in defense of their fledgling enterprise. Fleischer’s six-figure compensation is justified because he’s much more hands-on than a traditional board president, they say, and is tied up in the day-to-day work of the business.

As for the risk of insolvency? Oliver and Fleischer say the rates used in DFR’s analysis were “placeholder” rates that would likely come down in coming months. Oliver argues the federal solvency loans would have shielded Vermont consumers and health care providers from any risk. Even if the CO-OP were to fail, she says, federal funds would serve as a backstop so consumers don’t end up on the hook for unpaid claims.

“To say we were blindsided by this decision is an understatement,” Oliver said at last week’s press conference.

At present, only two licensed insurers — Blue Cross and MVP — plan to market health insurance plans on the new health exchange. The state, meanwhile, hasn’t licensed a new health insurance provider in Vermont in more than 50 years — a result of Vermont’s small population and laws that strictly regulate insurance companies.

Though Gov. Peter Shumlin has been supportive of the CO-OP model, his office is keeping its distance from the CO-OP dispute.

“It’s very important that we ensure that the regulatory process is independent and not politically influenced,” says Robin Lunge, Shumlin’s director of health care reform. She later added by email, “The governor is supportive of the cooperative health insurance concept, but he leaves it to the regulatory process at the department to determine whether the CO-OP has met the strict standards of financial soundness required by Vermont law.”

Without Shumlin’s office leaning on regulators, analysts like Davis suggest there’s little hope for the CO-OP to press forward without starting back at square one. Even then, Davis says, the CO-OP has a tough row to hoe.

“It looks more and more to me that this CO-OP thing is … probably a complete long shot,” says Davis.