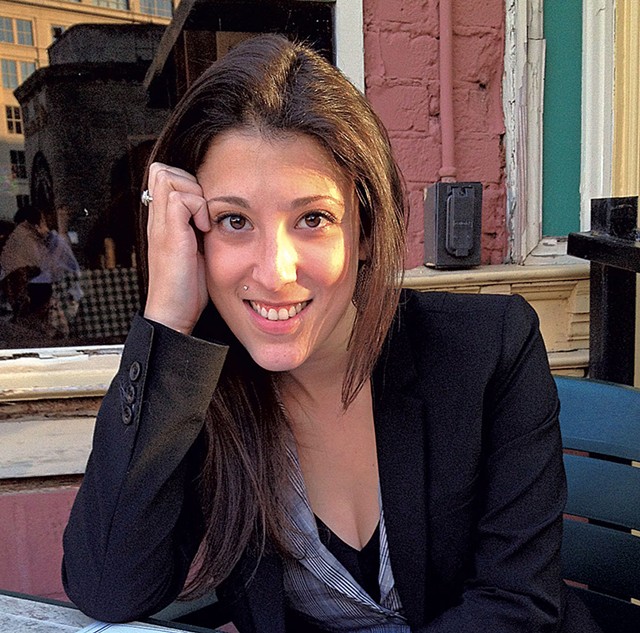 Summer camp is what first drew Rachel Feldman to Vermont; the New York native attended Farm & Wilderness in Plymouth as a kid. She earned a journalism degree from Northwestern University and moved to Vermont in 2006; her first jobs were as a reporter for the Barre-Montpelier Times Argus and a producer for WCAX-TV. In 2008, she was chosen as a reporter for MTV's Street Team covering the November election. After leaving the 802 for a yearlong teaching fellowship in Israel in 2011, Feldman returned and landed her gig working for Lt. Gov. Phil Scott, the state's highest-ranking Republican. A kayaker, bookworm and compulsive farmers market shopper, Feldman was named one of Vermont Business Magazine's Rising Stars in 2014.

What to do in Montpelier:
Come into the Vermont Statehouse — it's the most open statehouse in the country. Then hike the trail behind it, through Hubbard Park to the top of the hill. You can see five mountain ranges. It's literally the top of Montpelier.

Local oddity I love:
The houses of Prickly Mountain in Warren. They're luxurious and extreme and absolutely hippie. You can't imagine how they were built, but they exist.

Best place to think big thoughts:
Grand Isle State Park. I have journals that were filled there.

Favorite figure from Vermont history:
Calvin Coolidge, born in Plymouth Notch, who said, "There is no dignity quite so impressive, and no one independence quite so important, as living within your means."