Who Was Susie Wilson, and Why Is a Road Named After Her? | WTF | Seven Days | Vermont's Independent Voice

Who Was Susie Wilson, and Why Is a Road Named After Her? 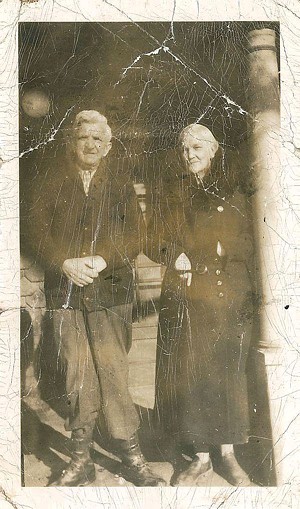 Vermont has no dearth of unusual place names. There's Mosquitoville in Barnet, Skunks Misery Road in Franklin, Ticklenaked Pond in Ryegate and Terrible Mountain in Andover. One more commonplace but equally mysterious moniker is Susie Wilson Road, a thoroughfare that traverses Essex Junction. Essex residents and those simply passing through — including some Seven Days readers — have wondered: "Who was Susie Wilson, and why is there a road named after her?"

Ask around, and you'll hear anecdotal charges that she was a prostitute or operated a brothel for soldiers stationed at Fort Ethan Allen. The truth about Wilson's life, or at least the known record of it, is much less salacious.

In the late 1990s, University of Vermont student Jennifer Goulart Amero completed some of the most thorough research now available on Wilson. Goulart Amero's narrative "In Search of Susie Wilson" was originally published in the winter 2000-2001 Bulletin of the Chittenden County Historical Society.

According to Goulart Amero's research, Susanna Cassell was born in Ireland in 1887 and immigrated to the United States in 1895. Some time between 1895 and 1916, she married her first husband, believed to be named Tom. His last name and fate are unclear, but Susanna (Susie) Cassell moved to Vermont between 1909 and 1916 and married her second husband, Merrit Wilson of Cambridge, Vt. In 1916, the Wilsons bought an old house and farm near Fort Ethan Allen.

It's this period in Susie Wilson's life that raised suspicions of her impropriety, as local historian Gerald Fox noted when he appeared on Vermont Public Radio last February to discuss Wilson and dispel some of the damaging rumors about her. Fox is a board member of the Central Vermont Railway Historical Society and owner of Vermont Historysmyth, which offers history consulting services. During his interview, he said that the prostitute tale likely arose from simple prejudice. "What else do you need to be a prostitute in a small town in Vermont but [to] have a bunch of husbands and be born in Ireland?" he joked.

Fox said he was unable to find Wilson's name in police or court records, which caused him to doubt the veracity of the prostitution charge. If Wilson did anything illegal, he surmised, she probably sold liquor — along with foodstuffs and other provisions — to the Fort Ethan Allen officers during Prohibition.

So what about the road name? In his interview, Fox explained that the Wilsons bought their farm on a road referred to as Old Colchester Road in lieu of an official name. "Susie Wilson lived at or near that corner for a very long time," Fox said. "It became known as 'the road where Susie Wilson lives.' In the days where there was a trolley that would go by, there was no official stop, but if you told the driver that you wanted to get off at Susie Wilson Road, he'd drop you off at that corner."

Fox found no evidence in the Essex selectboard records of the road's name change from "Old Colchester" to "Susie Wilson." It seems the switch happened based on colloquial usage and eventually became official.

It's also unclear why the road was referred to as "Susie Wilson" even though Susie remarried twice after Merrit Wilson died in 1926. According to Goulart Amero's search of Essex records, Susie married Sergeant John Drinan, a retired soldier, between 1926 and 1931. They lived on Pearl Street in Essex Junction until his death in 1932. In 1933 she met Frederick ("Fritz") Krebser, whom she wed one year later. They lived in her house on Pearl Street for nearly two decades, until his death in 1952. Susie died on March 7, 1966, as an inpatient at the state hospital in Waterbury suffering from dementia.

This is hardly a chin-scratching history, yet stories about Susie Wilson persisted in the decades following her passing. Fox believes the scandalous impression of her is less common now than it was years ago. "First, most of the folks who thought of her that way have died off," he tells Seven Days. "Second, the influx of newcomers over the last 30 years had diluted the percentage of people who know of her as anything other than a name on a road sign."

His final verdict on the life and times of Susie Wilson? "I believe that the whole myth of Susie Wilson came as gossip," Fox explained on VPR. "She gave them lots of reasons to gossip: She had four husbands, she was Irish, she married quickly, she often married up, and she just didn't like living alone. And I think that was enough."

Goulart Amero reached a similar conclusion. Her last comment on Wilson reads, "As for me, I believe that Susie Wilson was just a farm girl who lived on the corner of Susie Wilson Road."