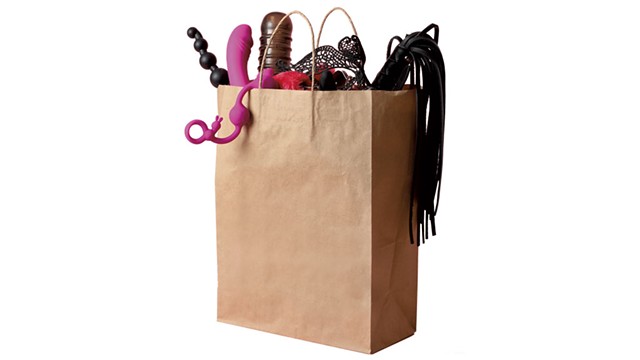 In 2014, data journalist Jon Millward analyzed 1 million sex toy sales at the UK company Lovehoney. He found that the customer base of 300,000 was evenly split between men and women. That was the biggest poll I could find (stop giggling), but my trusty assistant and I decided to do a bit of (completely unscientific) research ourselves and called a couple stores.

Next we called Adam & Eve, a national chain that proclaims itself the "#1 Adult Toy Superstore." A representative told us its customer base was 55 percent men and 45 percent women, with an average age of 45. Top sellers for men were vibrating penis rings and the Super Head Honcho Masturbator. Women gravitated toward vibrating clitoral stimulators, particularly from a brand called the Satisfyer.

Human beings of all gender identities buy sex toys for all sorts of reasons — certainly not just because they don't have a partner. Quite often people buy them to use with a partner. Adult toys are just that: toys. They're fun to play with, and they help you achieve orgasm. What's not to love? Don't overanalyze the statistics; just enjoy the fact that the toys exist.