When Louisiana-based Entergy announced, on August 28, 2013, that it would close the Vermont Yankee nuclear power station at the end of 2014, the decision marked the end of a 40-year fight over nuclear energy in Vermont.

During VY's final years, independent filmmaker Robbie Leppzer was there to document the nuke plant's death throes and the subsequent battle over its radioactive legacy. This week at the Vermont International Film Festival, the award-winning director premieres his film, Power Struggle. Massachusetts-based Leppzer spent five years following the citizen activists and elected officials who took on the U.S. Nuclear Regulatory Commission and one of America's largest nuclear energy companies.

Seven Days discussed the film with two of its main protagonists: nuclear-engineer-turned-industry-whistleblower Arnie Gundersen and his wife, Maggie, of Burlington's Fairewinds Associates and its nonprofit arm, Fairewinds Energy Education. Both have been longtime critics of VY and Entergy and gained international acclaim in the wake of Japan's Fukushima Daiichi Nuclear Power Plant disaster in 2011.

SEVEN DAYS: Did you know Robbie Leppzer before being interviewed for the documentary?

ARNIE GUNDERSEN: We didn't know him at all. In 2010, [Robbie] heard about this march of activists going from Brattleboro to Montpelier in the middle of winter and said, "I've got to film this." In the middle of that march came [news of] the [VY] tritium leak, which threw Maggie and me into the political firestorm in Montpelier. Robbie was there for it all, shooting film.

SD: Then what happened?

AG: Then came Fukushima, and Robbie said, "Can I come up to Burlington?" He spent five days at our house filming everything and became like a fly on the wall. Then came my university tour in Japan in September 2012. Robbie said, "Can I go?" We said, "You can go, but we're not paying for it." He got some incredibly powerful footage in Japan, none of which [is in] the film. But that's the decision you have to make as an editor.

MAGGIE GUNDERSEN: I love the title he chose, Power Struggle, because it's really about the power of the people to be heard and have a say about what's producing energy in their community, versus the Nuclear Regulatory Commission citing federal law and refusing to recognize local stakeholders. It's democracy in action.

AG: Robbie's got several protagonists. Maggie's and my story as nuclear whistleblowers is woven throughout the film, but he's got that group of older women from [the Shut It Down Affinity Group] and [former state representative] Tony Klein. The "power struggle" line comes from [former state attorney general] Bill Sorrell. While he's being filmed he says, "It's a real power struggle." 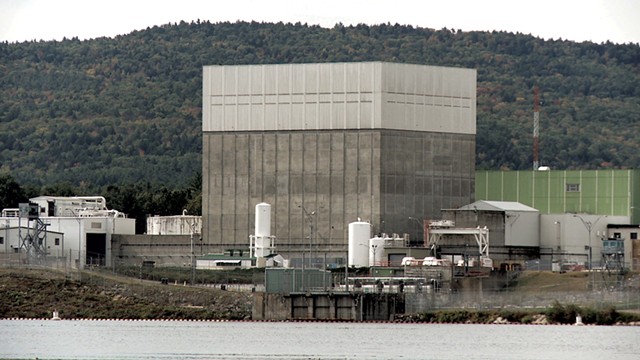 MG: Under Fairewinds Associates, we published a best-selling book together with a Japanese lawyer and writer, called Fukushima Daiichi: The Truth and the Way Forward.

AG: "The truth" refers to the accident, and "the way forward" is about an alternative energy future in Japan. I just got back from Japan, where I spent two weeks doing research with Dr. Marco Kaltofen from Worcester Polytechnic Institute. It was his first time to Japan, but he's been to Chernobyl and a few other disaster areas. He turns to me and says, "Traveling with you is like traveling with Santa Claus. Everybody knows you!"

SD: Are you disappointed that the Japan trip isn't in the film?

MG: It's also about fracking and plastics in our water supply. It's about toxic waste dumps, oils spills and what that's done to the Gulf of Mexico. 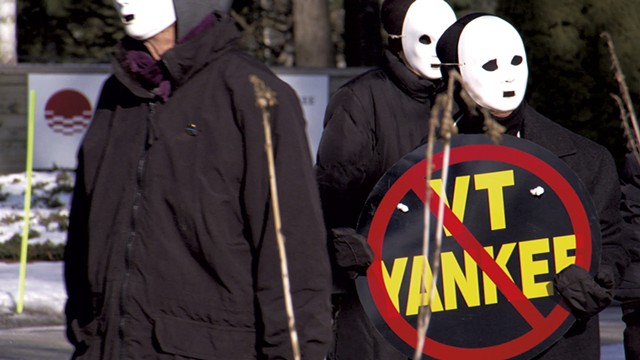 AG: I've been retained by the New England Coalition [on Nuclear Pollution, as an expert witness]. Vermont Yankee can and should be decommissioned. But to choose NorthStar, a company with no experience [in nuclear decommissioning] that wants to try a technique that's never been tried before, this concept called "rubblization." Basically, they want to grind the radioactive concrete and leave it on-site. I have some real reservations about that.

MG: That was part of the whole problem with Vermont Yankee when it was operating. They sent all the money to [Entergy's headquarters in] Louisiana and weren't investing properly in the plant. They never put money into the decommissioning fund, and that's really frightening, because this will be a toxic legacy that will be left on the banks of the Connecticut River to migrate into the air and groundwater.

SD: What do you like best about Power Struggle?

AG: It's a film that makes you proud to be a Vermonter. That it happened in Vermont wasn't a coincidence, but can it happen anywhere? The answer is yes.