WTF: Why are radio and television permitted to stream audio and video on the floor of the Senate, while I have | WTF | Seven Days | Vermont's Independent Voice

WTF: Why are radio and television permitted to stream audio and video on the floor of the Senate, while I have 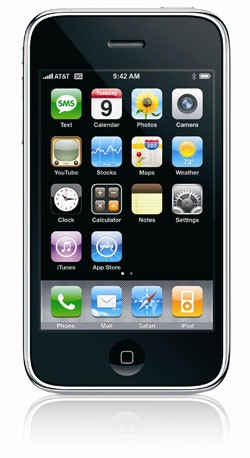 Hard to believe, but I have something in common with Sarah Palin. I’ve gone “rogue.”

How so? I typed about a dozen illegal tweets before, during and after the February 24 debate regarding Vermont Yankee.

Senate staffers strictly enforce the ban. I happened to find a good hiding spot behind a New York Times reporter, while my Seven Days colleague, Andy Bromage, was in full view of the Senate clerk’s desk. At one point, a staffer brusquely instructed him to turn off his phone. Members of the public in the gallery, I could see, were instructed to put away their iPhones.

Compare that to the House, where Reps can peruse the web, type notes, text on their phones, or even play solitaire while colleagues make floor speeches. The only time electronic devices are banned from use is during roll-call votes — unless you’re in the media gallery. Up there, we just type away. Albeit quietly.

The same discrepancy exists in Washington, D.C. The House is wired, but the Senate’s not.

WTF? More specifically, I wondered: Why are my media colleagues in radio and television permitted to stream audio and shoot video on the floor of the Senate in pursuit of the news while I have to scratch notes on a steno pad?

Guess I should be thankful the rules don’t require using a fountain pen.

In recent years, the Vermont Senate has struggled to preserve its tradition of “decorum” in the face of increasing pressure to allow limited use of electronic devices. An increasing number of senators, not to mention members of the media, use such devices to share information with the general public.

On November 19, 2008, the Senate Rules Committee caved a little. It decided to allow senators to use laptop computers “at their desks at any time that the Senate is not in session, so long as the use of the Senate Chamber has not been reserved for use by an organization or group.” The rule also bans the use of all cellphones and smartphones.

Senate staffers are exempt: They’re allowed to use computers on the Senate floor, but only when stationed at the main desk at the front of the chamber.

The balcony, however, affords a poor view of the 30-member chamber, and you miss a lot of the visuals that go with tense, back-and-forth exchanges.

The main goal of the current prohibition is to avoid a cacophony of typing and texting fingers that might distract senators, said Sen. Richard Mazza (D-Chittenden/Grand Isle), a member of the powerful Senate Rules Committee.

“Sounds carry so easily in the Senate chamber that if someone was right behind us typing it could be very distracting,” said Mazza, noting he would be disappointed if the Senate were to go the wired way of the House.

But it’s a slippery slope. After the Vermont Yankee debate in February, the Senate Rules Committee decided to allow members of the public to use their laptops in the gallery — but not to text from phones. Allen Gilbert of the Vermont chapter of the American Civil Liberties Union had started pushing for it a month earlier.

“I believe the committee has confused tools and activities,” wrote Gilbert on January 11, a month before the VY debate. “I can understand why cellphone conversations in the chamber would be prohibited, or the watching of DVDs on computers. But a computer that, used for taking notes, is no more intrusive than pen and paper, should not be banned.”

Members of the Rules Committee agreed with him.

“I think the Senate Rules Committee responded appropriately, and changed a rule that was overly broad,” said Gilbert.

When asked, Mazza said he would be open to a rule change that would allow laptops on the Senate floor for the media.

With more senators using smartphones to text and email colleagues and constituents, one wonders how much longer the ban on phones will remain in effect and enforced on the Senate floor.

Democratic senatorial hopeful Philip Baruth, who is using social media to reach out to voters during his campaign, said he would like to see senators have more open access to computers during debates.

He’s OK with a cellphone ban to keep “decorum” in the austere upper chamber. But ban computer access during a debate? That’s taking it too far.

“Outlawing research — in an information society — makes no sense, and it runs completely contrary to the prime directive: providing voters with faster, smarter, more responsive government. A senator who’s able to access solid research and his constituents from the floor, quietly and efficiently, is just a better senator,” said Baruth. “One last point: I think it’s a bad sign when elected representatives begin to care more about their own internal traditions and rituals than the rights of the people.”