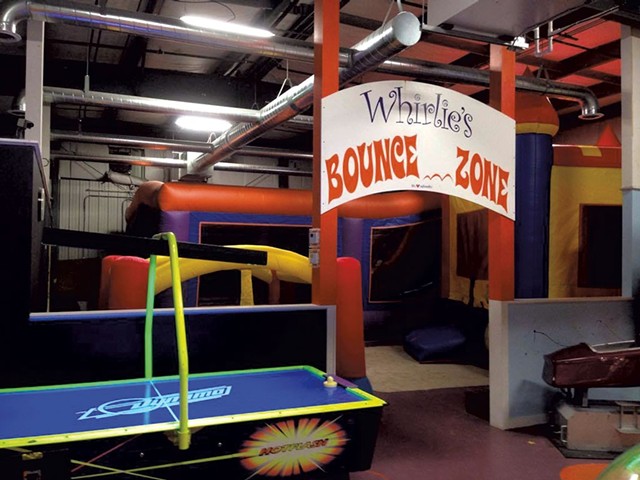 Changes are afoot at the Middlebury entertainment center Whirlie's World. The business — which boasts an arcade, a black-light laser tag area, bouncy houses and concessions — is under new ownership. Jeremy Griffin of Rutland purchased the family entertainment center at the end of May from longtime owners Peter and Naomi Neff, who opened the facility in 2011. The new owner has experience in the bouncy business — he helps his girlfriend Danielle Desrochers run Party OutFitter, a similar center in the Diamond Run Mall that also rents out bounce houses, dunking booths and cotton-candy machines in Vermont and surrounding states. Griffin is in the process of adding a fresh coat of paint, new arcade games and a toddler area to Whirlie's. He says he'll be rotating bouncy houses between the Rutland and Middlebury locations to ensure variety. The center will also have extended business hours and regularly scheduled teen nights featuring a DJ. Says Griffin: "The goal is to have the place open as much as possible."