Where the Wild Things Cross: Do Highway Tunnels Reduce Roadkill? 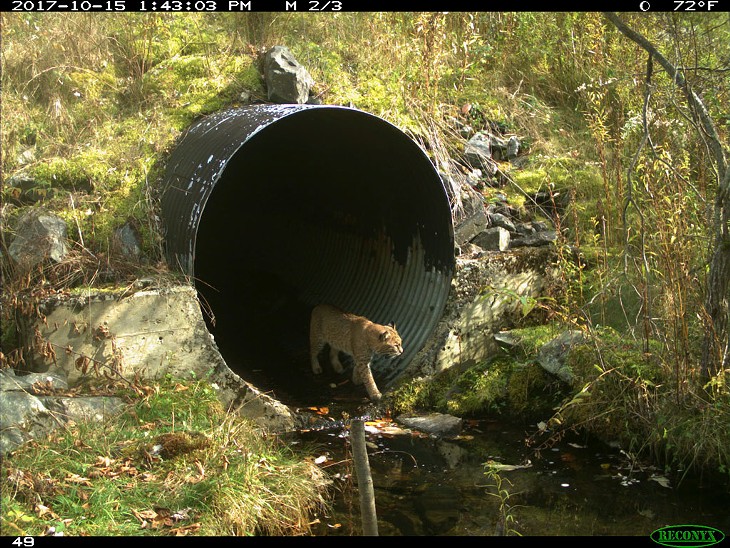 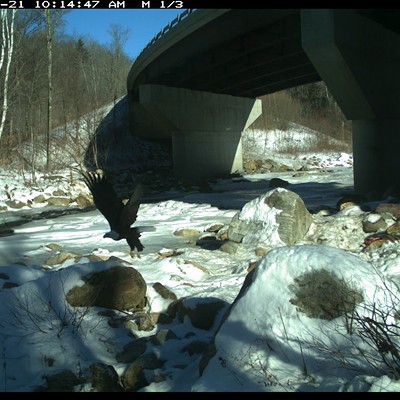 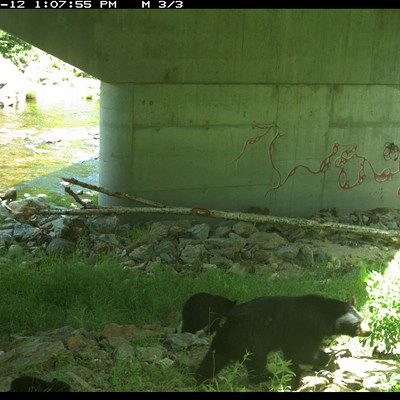 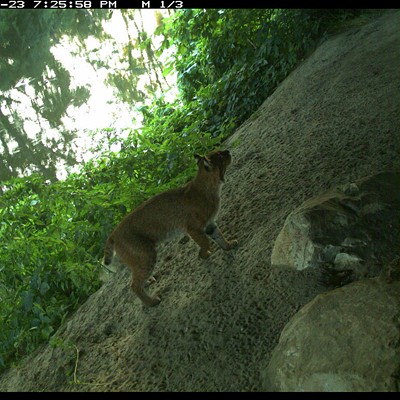 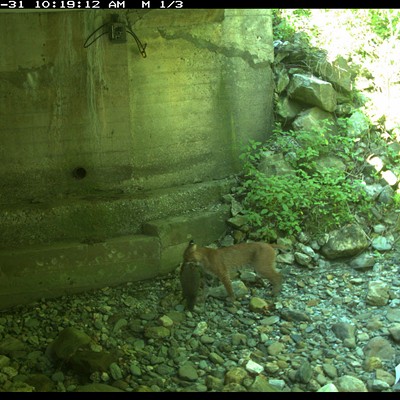 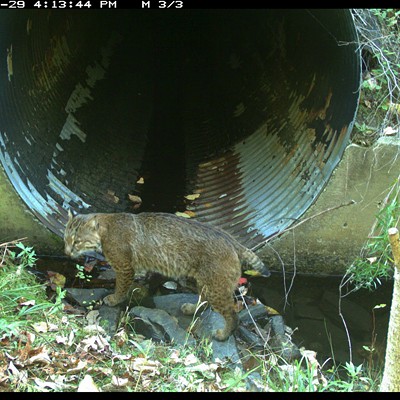 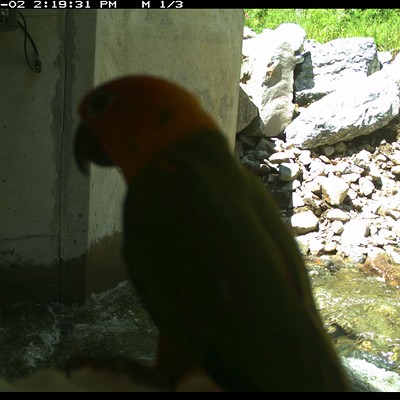 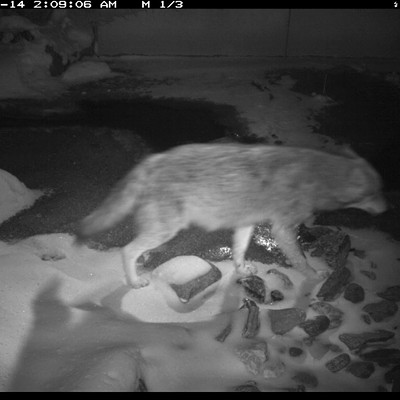 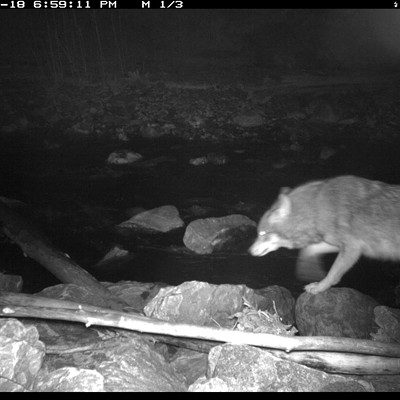 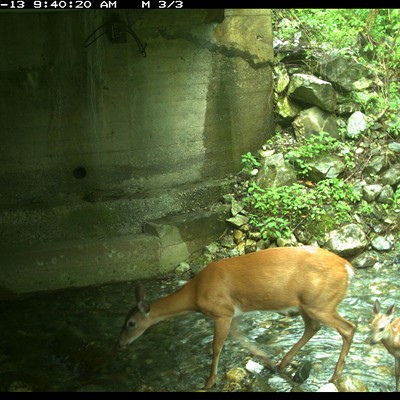 Paul Marangelo parked his rusty Honda on the side of Route 15 in Wolcott and headed toward the bridge over the Wild Branch, a scenic tributary of the Lamoille River. The Nature Conservancy biologist was out to see whether animals were using the riverbank to travel beneath the busy highway.

He scrambled down the steep embankment, ducked into the darkness under the girders and spotted what he was looking for — an old metal box mounted to the concrete bridge abutment. He unlocked and peeled back the housing, lifted out the square trail camera, ejected the 16MB memory card and, back at the Honda, popped it into a laptop.

Then he lowered a reporter's expectations.

"This one is usually just grass," Marangelo conceded.

Sure enough, most of the 900-plus images snapped by the motion-activated wildlife camera contained no wildlife at all. Frame after frame showed the same empty patch of dirt, rocks and grass under the bridge.

Finally, a blurry image popped up of a raccoon ambling along the embankment — not the quarry Marangelo was working so hard to track. "We don't count those," he said with the dispassion of a researcher focused on understanding how larger species navigate Vermont's road network.

Moose, deer, black bear, coyote, fisher, fox and other species need room to roam in order to thrive. As the animals range across northern Vermont and, in some cases, into New Hampshire, Maine and Québec, highways such as Route 15 represent dangerous, sometimes fatal, barriers.

If animals are not finding safe passage under bridges or through culverts, they more likely are risking death by motor vehicle or simply turning back and struggling to survive in more limited territory. And large mammals that try to cross highways not only put themselves in danger but create a significant risk for drivers.

To better understand the barriers posed by the state's roads, the Nature Conservancy, the Vermont Fish & Wildlife Department and the Agency of Transportation have just completed the most comprehensive study ever of how animals use Vermont highway undercrossings.

Over two years, Marangelo reviewed more than 660,000 images from 80 cameras in 26 key wildlife corridors. He aimed to discover which kinds of bridges and culverts provide safe wildlife crossings, which don't and why.

"The object is really to give animals greater opportunities to move under roadways by determining the types of structures they're more likely to use," Marangelo said.

But figuring out how to improve the "permeability of highways in Vermont," as Marangelo and coauthor Laura Farrell put it in their report, is tougher than one might think.

The state's first real attempt at building a wildlife crossing didn't go so well, to say the least.

In late 1980s, Vermont began designing Route 289, also known as the Circumferential Highway or the Circ, to reduce traffic congestion around greater Burlington. The route of the new road, however, sliced through important wildlife habitat that included the Essex town forest northeast of the village.

In those days, VTrans and Vermont Fish & Wildlife didn't see eye-to-eye on much, according to John Austin, manager of Fish & Wildlife's lands and habitat program.

"It was like Russian diplomacy," Austin said. "In some cases it got so contentious between us and VTrans we'd have to call in professional facilitators to iron things out." 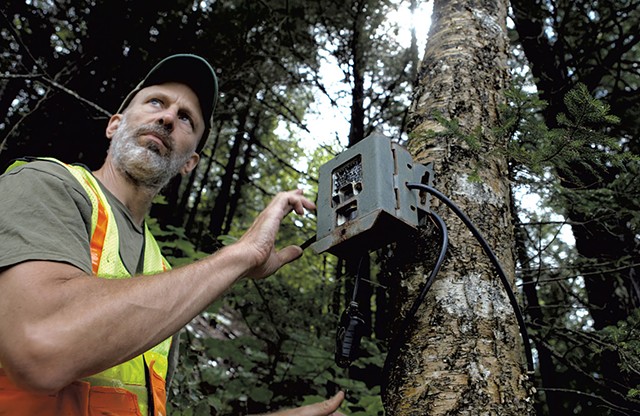 VTrans nevertheless agreed to install a wildlife connector under the Circ to link two forest stands. In 1993, the agency built a 320-foot-long concrete tunnel with a divider running up the middle. One side carries Alder Creek, and the other was envisioned mostly as a passage for animals, especially whitetail deer, which bedded down nearby for winter.

Using trail cameras, biologists Austin and Larry Garland found that just four species — raccoons, mink, weasel and skunk — used the crossing, rather than the larger animals it was designed to serve. They also noted red fox and beaver roadkill along the Circ.

They concluded the underpass was too long, narrow and dark for many animals, including deer, to venture through. Jagged rocks installed along the bottom further discouraged deer from using the crossing, as did the amount of water flowing through the tunnel. As importantly, development had been allowed to encroach on the forest on both sides of the crossing.

"This resulted in, essentially, stranded habitat surrounded by extensive commercial and residential development, and bisected by the road," they wrote. "The public's interests in their natural resources, and investment in mitigation of road impacts, would have been better served if these issues were considered, analyzed and planned for prior to road design and construction."

Chris Slesar, environmental resources coordinator at VTrans, acknowledged the effort was not the department's finest hour. "It was a learning experience for us," he said.

The public investment "could have been made more strategically" if the state had worked with private organizations to conserve land on either side of the crossing, he said.

That experience has informed how the agency now decides when and where to spend the money to install such crossings, he said. Close attention is paid to whether the surrounding habitat has been conserved before deciding to make such an investment, he said.

An aging culvert to be replaced on Route 9 in Searsburg, east of Bennington, is an example. Large tracts of forest on either side of the highway justify installation of a bigger wildlife underpass, the state has concluded.

Instead of merely replacing the culvert, the agency is planning to install a small bridge, which should make the crossing underneath more open and welcoming to wildlife. The upgrade will add about $500,000 to the cost of the project, which is estimated to get started in 2021 at a total cost of $2 million.

High costs mean the state isn't going to be ripping up roads just to improve wildlife connectivity. But Marangelo hopes that when roads are being improved anyway, transportation planners can rely on the study for insight into how to design crossings animals will actually use.

The study identified 11 "focal," or targeted, species that cameras detected at 26 crossing locations a total of 1,641 times during 2017 and 2018. Not surprisingly, the most frequent visitors were deer, followed by weasels, bobcats, fishers, red fox and coyotes.

Less frequent visitors included skunk, otters, black bears, gray foxes and a lone moose. The moose wasn't caught on camera; Marangelo spotted its tracks in snow, showing that it crossed the road instead of beneath it, illustrating the problem.

Animals weren't the only creatures captured by the wildlife cameras. Hikers and anglers turned up. A guy with a parrot on his shoulder triggered a shutter once. And Marangelo thinks he spotted a drug deal going down under a bridge in southern Vermont.

One surprising finding was how many of the locations wild animals largely avoided. Of the 26 crossings, 11 were visited less than once per 100 days on average. By comparison, sites in Searsburg and Bridgewater received a respective 36 and 49 visits per 100 days, mostly by deer.

Also a surprise: Several of the underused sites were not small, old culverts. Instead, they were larger, modern bridges and culverts installed after the flood damage caused by Tropical Storm Irene in 2011.

It would not be difficult for VTrans to replant some of the vegetation that was removed in those areas to encourage animals to return, he said.

With the state's limited resources, Marangelo said he knows the pace of upgrades to highway crossings will be slow. "Anyone who wants this issue to be fixed in 10 years is working in the wrong field," he said. But he hopes their data about which crossing designs work best will help inform the state's work for years to come.

The original print version of this article was headlined "Where the Wild Things Cross | Do highway tunnels reduce roadkill?"