When Well-Worn Cookbooks Offer What the Web Doesn’t

By Jordan Barry and Rux Martin 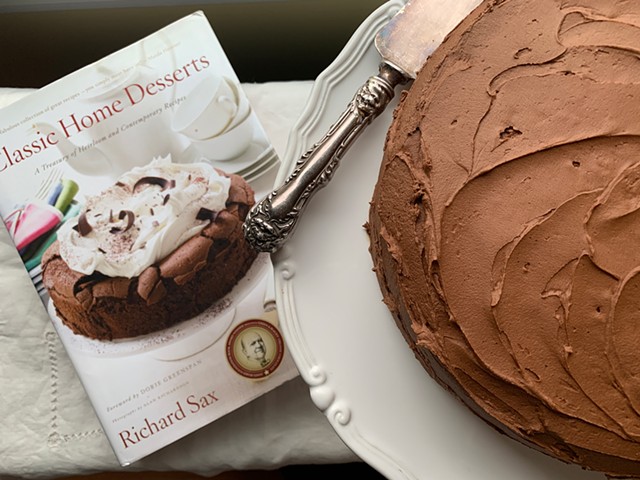 Cookbooks, at their simplest, are collections of pages filled with ingredients and instructions. But if we return to them often enough, they transform from prescriptive steps and grocery lists into something special.

Sure, it's easy to google a recipe and pick the one touting its "quick, easy steps" — especially this year, when cooking can feel like drudgery. But there's something deeply grounding about cracking a cookbook's spine and working from print: deciphering a recipe without the chorus of online comments, or returning to a process that's tried and true.

Here are two essays about the power that cookbooks hold — beyond offering accurate results and delicious desserts — and their ability to comfort, provoke memories and connect people with those they've loved and lost.

The Balm of Baking 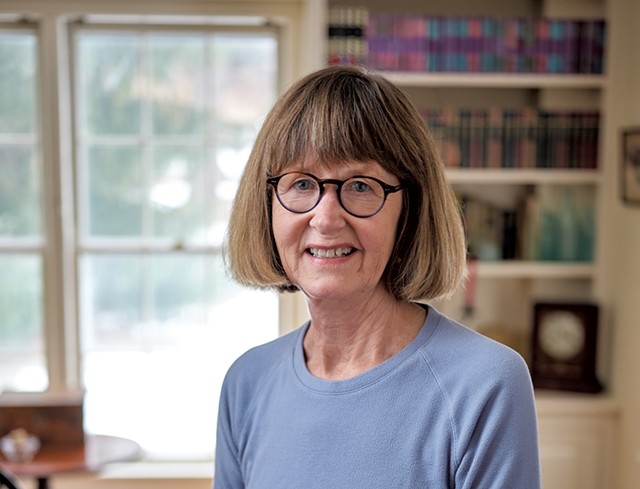 More than any other author I've worked with, Richard Sax appreciated the power of desserts to soothe and fortify. He understood that when things are going well, we brag about our high-protein diets and the latest bean dish, but during the apocalypse, the urge to bake is primal.

He also knew a thing or two about fighting an invisible international killer.

When I began working with him on Classic Home Desserts in 1993, Richard was one of the best-known food writers in America. He had been the former director of the test kitchen at Food & Wine, where he excelled at turning chef creations into dishes easily made at home. He was a teacher par excellence.

It was the golden age of magazines, and he was one of its princes. Richard wrote for Bon Appétit, Yankee, the New York Times and Out, to name a few.

For more than a decade, Richard had searched out the best desserts he could get his hands on. To make it into the book, each one had to be tops in its category, whether it was a yeasted German coffee cake or an apple crumble from a 1744 cookbook.

Each dessert must have, as he put it, "a spirit of unadorned frankness." He wasn't impressed by the complicated creations of pastry chefs. Instead, he was drawn to the homey recipes of mothers, grandmothers and other humble cooks — or those of chefs who cooked like them — recipes that had proved themselves around family tables for generations.

Richard had unerring radar for the best. Testing and perfecting them, he created a gargantuan work of more than 350 recipes. For months, we frantically wrestled the thousands of manuscript pages into a book.

Then, suddenly, Richard began to fall behind. He was mysterious about what was wrong and warned me not to tell anyone he was sick. His friends knew, though. Often he worked from a hospital bed.

Shortly after the book was miraculously finished, it won a James Beard Award for best dessert cookbook. A few months later, Richard died of AIDS. He was 46.

Richard's masterpiece remains as timeless as ever. It's the book I go to most often during the holidays and for every other occasion when I want something effortlessly perfect. A bread pudding with a whiskey sauce so potent you need a liquor license to serve it. A silky crème brûlée with a crackling top that tells why the dessert became a sensation. Lemon icebox cookies that are "ferociously addictive."

Recently, a friend told me that she has baked a different chocolate cake for her boyfriend's birthday every year. This year, she made the Fudgy Chocolate Layer Cake from Classic Home Desserts. It was the best of all, she reported.

Richard's chocolate cake isn't tricked out with frou-frou ingredients. It doesn't call for fancy chocolate — just ordinary cocoa powder, with unsweetened chocolate for the frosting. All his recipes are that way: They taste like something your mom would have made if she were the best cook in the world. They are simple goodness.

Nearly 25 years after Richard's death, as we find ourselves sequestered from an invisible plague, his recipes beckon.

Rux Martin is a Ferrisburgh-based independent editor specializing in cookbooks. From 1997 to 2019, she edited food-world luminaries such as Jacques Pépin, Dorie Greenspan, Pati Jinich, Mollie Katzen and Marcus Samuelsson at Houghton Mifflin Harcourt. Martin's essay is excerpted and adapted from a longer piece that was published on April 16, 2020, on ckbk.com.

If you like to frost your cakes generously, you might want to increase the frosting quantity by about 50 percent. Rux Martin also strongly recommends the recipe for Bon Ton's New Orleans Bread Pudding with Whiskey Sauce.

Mincemeat is one of those English holiday traditions that adults observe out of obligation and children overlook in favor of vibrantly frosted sugar cookies. Its only hope of future popularity rests on an appearance as a technical challenge on "The Great British Baking Show."

I happen actually to like the festive flavors of mincemeat, especially in the form of mini tarts. But when I set out to make a batch this year, I couldn't figure out which recipe would produce the version I'd eaten growing up.

I could picture myself pouring raisins and dried currants into a bowl — the biggest bowl we had — and cutting wonky little stars out of dough to top the tarts. I heard my mother's voice as she poured a little more brandy than the recipe called for into the bowl and reached in to mix it all together, telling me stories about her English grandmother.

As the memories flooded in, I remembered Mum on her tiptoes, reaching above the stove to open the creaky barn-board cupboard that held her cookbooks. She pulled down her once-gold copy of The Fannie Farmer Cookbook, 1965 edition. It was Christmastime, and we were making mincemeat.

That Fannie Farmer now sits on my shelf — khaki-greenish and precariously held together with strips of duct tape that have lost their stick. My mom passed away in February 2019; the cookbook was one of the first things I packed when I cleared out my childhood home in fall 2020.

Last Christmas, I didn't tackle the lengthy process of chopping and mixing that mincemeat requires. It was too hard to do it without her, and I still had a jar we'd made together the Christmas before. After this year of communal grief and despair, though, I sought the comfort of the slow, repetitive combining of ingredients.

I found the mince pie recipe on page 417, with several variants of mincemeat on the following pages. Figuring out which we'd made was easy: The first recipe, Mincemeat I, called for four pounds of lean chopped beef. Nope, not that one. Turning the page to Mincemeat II (without meat), I noticed the page was bookmarked with an old receipt (and plenty of spatters).

The ingredients were familiar, and one pound of suet seemed like a reasonable — and traditionally British — inclusion. When I looked more closely at the receipt, I noticed it was from Cullinan Store, the tiny grocery store in Arlington, Vt., with a top-notch butcher — probably where Mum got her suet.

Cullinan Store has long since closed, but I lucked into several pounds of suet from Stony Pond Farm in Enosburg Falls. I dusted off Mum's old-fashioned, hand-crank metal meat grinder, which I'd recently clamped onto the counter just for looks. Running chunks of the suet through it, I thought about how she used it only twice a year: once for mincemeat and once to grind up leftover Easter ham (which she didn't really like).

Each step of the recipe brought little flashes of the past. I made a few guesses when it came to the size of the coarse chop for the apples and the citrus — which I'd gone through the unnecessary effort of candying myself. I wasn't sure where we'd ever found citron, which I ended up leaving out. We made the recipe together so many times, but I was always the assistant; I'd never earned the muscle memory of accomplishing the steps myself.

As I dug my hands into the biggest bowl I had and slowly mixed the sticky fruit, the greasy suet and the aromatic spices, the mixture started looking like what Mum would have called "a proper mince," channeling her Nanny Waine. They both would have told me it needed a touch more brandy.