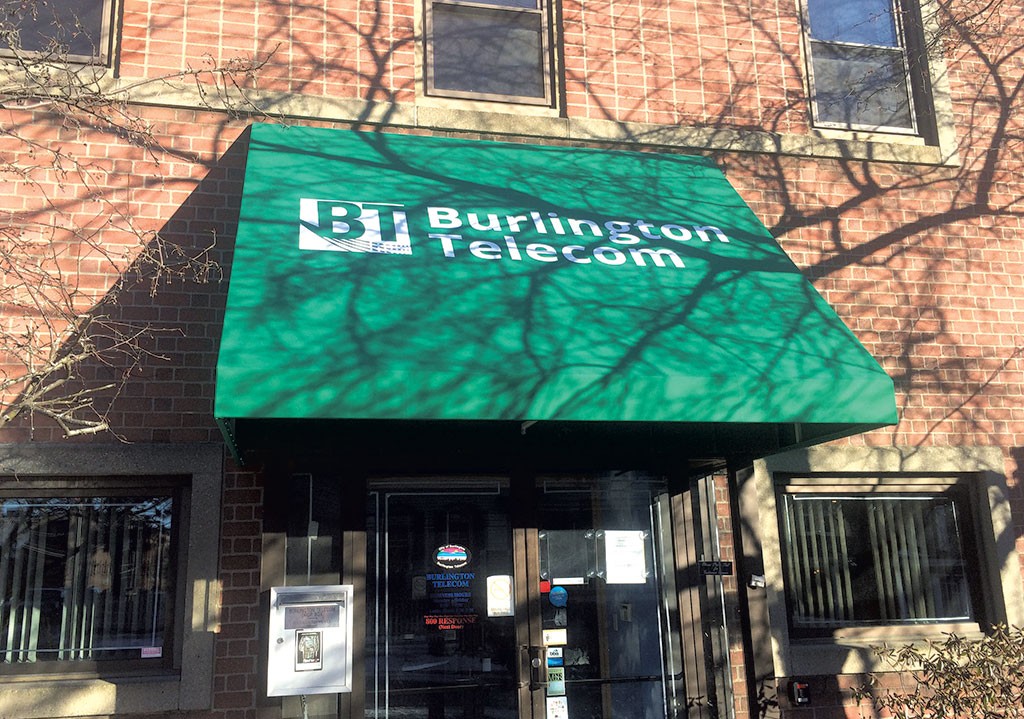 The fate of Burlington Telecom was a hot local story for years after the 2009 disclosure that the administration of Mayor Bob Kiss had improperly used nearly $17 million in taxpayer money to keep the city-owned utility from going bankrupt. Ten months ago, Mayor Miro Weinberger's administration closed on a deal requiring the sale of the internet, telephone and television provider.

Since then, though, BT has fallen out of the news. So WTF is happening these days with Burlington Telecom?

"It's actually doing quite well now," Weinberger reported in an interview last Thursday. Under the management of private consultants, BT added nearly 500 subscribers this past summer. About 5,500 Burlington households and businesses are currently hooked into the high-speed fiber-optic network — BT's biggest customer base since it started operating 12 years ago.

Prospects for continued growth are positive, the mayor added. "As we go through a period of success, the troubles of BT are more and more in the rear-view mirror." Potential subscribers need no longer fear that the service may suddenly cease, and "anger over what happened with BT" is ebbing, Weinberger surmised.

An era of better feelings got under way when the city concluded long-running negotiations on a $33.5 million lawsuit filed by BT's creditor, Citibank. The giant lender agreed last year to call off its lawyers in return for a $10.5 million payment. Most of that money — $6 million — took the form of a loan to the city from Blue Water Holdings, an ad hoc entity formed by Lake Champlain ferryman Trey Pecor. Blue Water took de facto ownership of BT but leased the utility back to the city with the understanding that the telecom business must eventually find a permanent buyer. It'll formally go on sale about two years from now, and the sooner a deal gets done after that, the bigger the city's cut of the proceeds.

BT won't be sold for less than a "minimum threshold amount," Weinberger said. Neither he nor state regulators will reveal that number, on the grounds that potential buyers would keep their offers close to that floor if they knew its dimensions. Weinberger did say that the minimum price is greater than the $6 million that Blue Water lent the city.

It's in taxpayers' interest for the sale price greatly to exceed that sum. Weinberger said he wants to make a deal that would allow payback of much of the $17 million the Kiss crew quietly withdrew from public coffers. An out-of-state conglomerate prospecting for a monopoly grip on a gigabit network in a small and prosperous city might make an offer that the city would find hard to refuse.

Yet the mayor could experience intense pressure to keep BT under local control, if activists have their way. About 25 proponents of continued local ownership of BT met last week to map strategy in preparation for a January city council meeting where criteria for the sale are supposed to be adopted. The group is circulating a petition to Weinberger that says in part, "The city must ensure that BT remains locally controlled, affordable for all Burlington residents and accountable to all sectors of our community."

Rallying under the banner "Own Our Telecom, Own Our Future," organizers point out that Burlingtonians agreed in a 1997 referendum to finance a city-owned entity as an alternative to a much-loathed private provider, Adelphia, that was said to supply poor service at high prices.

"We've already paid for it," declared keep-it-local advocate Shay Totten at the October 13 gathering. "Letting it go for pennies on the dime seems kind of foolish."

Moreover, Totten and others argued, a private or out-of-town owner would not be primarily guided by the wishes and needs of the Burlington community. The city must not surrender the economic-development asset that its ultra-speedy network represents, the activists warned.

One potential way to retain local control is through a cooperative structure similar to that of City Market/Onion River Co-op, in which customers can own the business. Financial consultant Alan Matson and a few like-minded locals have been trying for the past two years to build a co-op that could make a credible bid for BT when it goes on the market. Matson said at last week's meeting that he is "extremely optimistic we can get this done." But the nascent entity has only about 200 members who have paid a minimum of $10 to have a say in its construction.

"I'm certainly hoping to have some form of community ownership," Weinberger said two days later. "I do want to give it every opportunity to succeed."

But the mayor cautioned that he is not ready to set community control of BT as a goal. He said he looks forward to hearing what other municipalities are doing at a scheduled October 29 noontime presentation by representatives of citywide telecom entities in Chattanooga, Tenn., Cleveland, Ohio and Winona, Minn. The three burgs are part of U.S. Ignite, a national coalition of communities with networks similar to Burlington's. The new nonprofit BTV Ignite is organizing the event.

Weinberger made clear that he wants the city to retain some degree of ownership of BT, regardless of who becomes its majority stakeholder. "That's the outcome I see now as helping us meet the long-term goals of BT," he said. "It might also be the best option for us to get back some portion of the $17 million."