What We Wore: Vintage Ski Fashion on View in Stowe

Plaid wool body suits, furry boots, cropped lime-green-and-pink jackets — that's not exactly what comes to mind when one thinks of "ski wear" these days. As this year's winter season kicks off, the slopes of area resorts are dotted with athletes outfitted in high-tech, breathable fabrics (see this week's cover story for samples). But visitors to the Vermont Ski and Snowboard Museum in Stowe this season will take in a dazzling array of designer ski wear from the presynthetic era.

Opening this week, the museum's ski-fashion exhibit, "Slope Style: Fashion on Snow 1930-2014," features 35 fully accessorized outfits. A special section is dedicated to Vermont skiwear brands past and present, from Bogner to Burton.

"A lot of them are gone now, but they definitely played a part in the ski-fashion world," says guest curator Poppy Gall, a Stowe resident and cofounder of women's skiwear brand Isis.

A public opening celebration and retro skiwear party — yes, this is your opportunity to bust out Grandpa's old woolen ski jacket — happens this Friday, December 5.

The core of the "Slope Style" collection was donated or lent to the museum by former Bogner model and film star Sandra Heath. Now in her eighties and a former museum board member, Heath amassed an impressive personal collection of designer outfits during her years working on film and photo shoots. The star moved to Stowe in the 1950s, the "heyday" of popularity for American ski towns, Gall says.

Earlier this year, Heath donated 25 outfits from her collection to the museum. Thirteen of them were culled for the "Slope Style" exhibit — the "crème de la crème," in Gall's words — to help illustrate the evolution of ski fashion over the decades. Museum staff dug into its permanent collection for "really choice" outfits that fill out the story, Gall says. 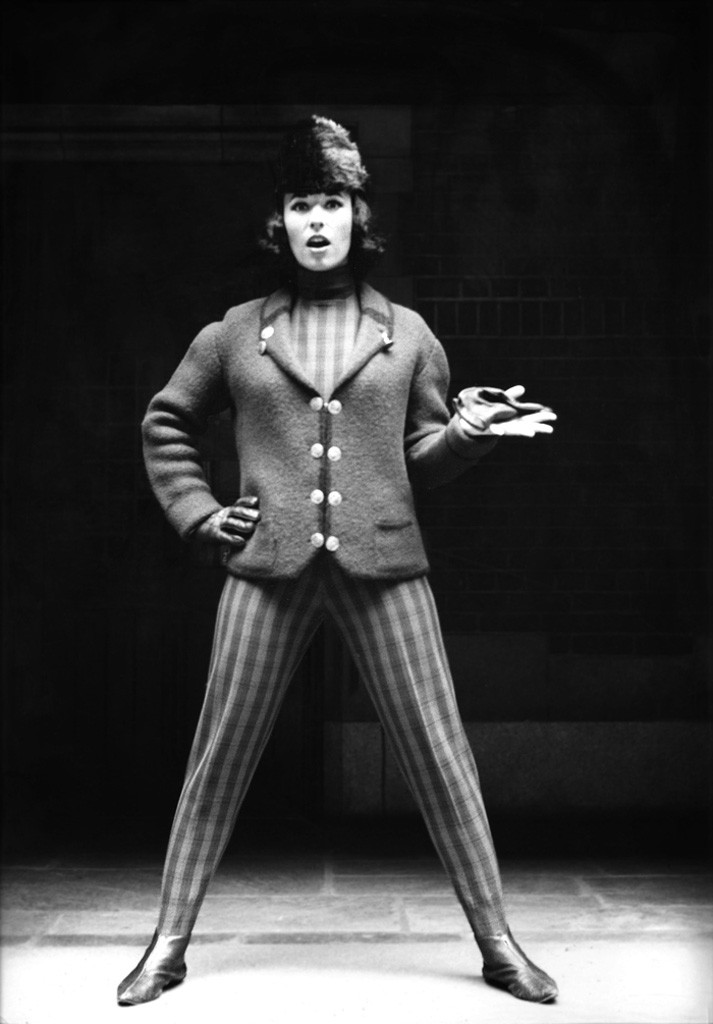 In the 1930s, the favored fabrics for ski wear were wool and cotton. "There was no such thing as nylon or Lycra or elastic," Gall notes. Quilted apparel and down garments didn't crop up until the late 1950s or early '60s, she estimates.

Many of the available options didn't stand up to wear and tear on the slopes. "Gabardine was a popular fabric because it was densely woven to block the wind, but, you know, you fell down in the snow and came up looking like a snowball!" Gall says with a laugh. "People would wear leather mittens that would get wet and completely torn apart when they grabbed on to a rope tow."

Then, in the 1960s, Bogner invented one of the signature garments of ski wear: stretch pants.

"I think that alone made skiing popular," Gall says. "The fact that you could wear these really tight-fitting, in-the-boot wool pants that had some stretch to them. Women of the right shape just looked fantastic, and it really changed the way people looked at ski fashion. It became a sexy, fun sport because of stretch pants."

Accordingly, a lot of stretch pants show up in this collection — several of them belonging to Heath, who personally dressed some of the mannequins in the exhibit.

"She lives in Stowe and can just pop over to the museum," Gall explains. "She's been really fantastic in the last week, like, Oh, you can add this here, and Oh, I have a fantastic pair of boots to go with this! We have a lot of stuff of hers on loan for the exhibit to augment what [Heath] has donated," Gall adds. "She just can't believe there's so much interest and enthusiasm around this."