What to Do While Visiting Burlington this Fall

Welcome to Vermont! Now what do you do? Probably pick up a local publication such as this one and try to figure out what’s going on. Good thinking. And you can find plenty more things to do in the calendars of BTV’s weekly sister paper, Seven Days, available free on racks throughout the airport and around the state. It can be overwhelming to sort out the options, and not every activity can be found on a calendar — think leaf peeping. That’s why we’re sharing our top-10 list with you here. It doesn’t include everything Vermonters try to squeeze in before the snow flies, but it’s a fine sample. Now, go out there and do what the natives do.

Original artwork is everywhere, all year round, in Burlington's galleries, restaurants, coffee shops and other venues. But this annual fest, put on by the South End Arts and Business Association, is the city's biggest event devoted to visual arts. From Main Street south to the Burton Snowboards headquarters on Industrial Parkway, the post-industrial Pine Street corridor is bustling on Friday and Saturday: Thousands of visitors come out for the exhibitions, open studios, outdoor sculptures, musical performances, standup comedy, art market and kids' activities. On Saturday night the Hop steps out with "Strut," a fashion show featuring Vermont designers. More activities on Sunday encourage locals and visitors alike to make a weekend of it. 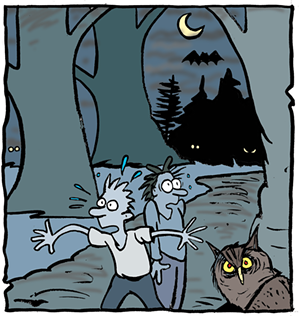 Halloween is a big deal in Vermont, as the number of costumed revelers roaming downtown on October 31 attests. But while the grown-ups can be a bit gory, there are more family-friendly ways to get a little spooked, and a perennial favorite is the Haunted Forest. At Williston's Catamount Family Center, mysterious guides lead visitors through dark woods, illuminated by a thousand glowing jack-o'-lanterns. Along the way are deliciously frightful Halloween-themed theatrical performances. Non-scary matinee shows cater to wee ones. Warm clothes and sturdy boots advised.

Aside from Halloween, nothing says fall like pumpkins. Finding your own fleshy orange gourd is rewarding, whether you pick one out of a field or at the farmers market. And then there are the prize-winning whoppers at county fairs, courtesy of the Vermont Giant Pumpkin Growers. But we don't just carve our pumpkins into jack-o'-lanterns or bake them into pies. Some of us like to get all medieval and catapult them through the air — or watch others do so — at the Vermont Pumpkin Chuckin' Festival. Yes, really. You can enter an appropriate age division to participate, but be advised you'll have to help build your own trebuchet. 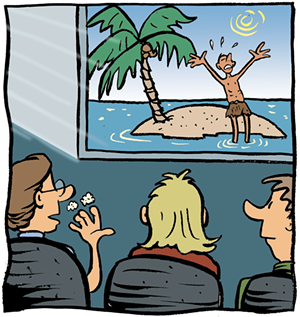 Like to sit in a darkened room and become enlightened? If you're a fan of cinema — particularly of documentaries that examine the complexities of human life — plan a visit to Burlington during the annual Vermont International Film Festival. The lineup of specific films was not chosen as of BTV press time, but the thematic categories for the 2013 fest are: "Artists in Action," "Food & Film," "Sport & Film," "Water" and "Identity." VTIFF will spotlight films considered outstanding examples of work by independent filmmakers worldwide, "Best of Fest" films that have been festival winners elsewhere and a Bollywood movie that pays tribute to the 100th anniversary of that Indian genre.

Where to begin? You could ask a local where to celebrate the summer's bounty and changing of the seasons, because all Vermonters have their favorite fests. But a quintessential Vermont experience can be found in the Addison County town of Bristol, just a half-hour drive from Burlington. Nestled at the foot of Mount Abraham, the town boasts a classic New England Main Street filled with small shops and eateries. On September 28, the Bristol Harvest Festival will fill the town green with more than 70 crafters and food vendors. Grown-ups can judge the apple pie contest, listen to bandstand music and browse a police-property sale, while the kiddies can enjoy pony rides, a petting zoo and face painting.

Even if it's your first visit to Vermont, you already know about the state's famous foliage — when the Green Mountains turn a breathtaking red, gold and yellow. There's scarcely any place you can go that isn't pretty, particularly between the end of September and mid-October, but if you want to time your trip for optimal color, check out the online guide foliage-vermont.com. It offers weather reports, foliage tracking and maps, not to mention dozens of foliage festivals taking place all over the state. Have you arrived too early or too late? Never mind; the site has pictures from past leafy loveliness, too. And there's always next year!

The state's quirkiest "harvest festival" is about an hour and 15 minutes south of Burlington by car, but it's well worth the trip. Despite its grand name, the event is in tiny Tunbridge, Vt. — population 1309 — and has been an annual event since 1867. Except for 1918, when a flu epidemic struck, and during World War II. The many agricultural offerings include horse pulls, an oxen costume class, a goat show and a competitive swine race. If farm animals are not your thing, the fair is packed with exhibits, kids' activities, live music, magic shows, Flying Frisbee dogs, and something called Basketball Wizardry. Oh, and lots of food. This is agrarian Americana at its best.

We can't let a season go by without beer, especially fall. Harpoon Brewery down in Windsor, Vt., puts on a doozy of a fest, on October 13, complete with a foot race to work up an appetite — and thirst (harpoonbrewery.com). More accessible from Burlington is the Stowe Oktoberfest, where you'll find a giant tent turned into a Bavarian village for the weekend. There's music, from rock and roll to oom-pah bands, German food, a silent auction, a grand parade, and even kinderplatz, aka activities for the kiddies. Oh, and lots of brews. Of course, you can find loads of acclaimed Vermont artisanal beers at any bar or restaurant throughout the state, anytime. But there's something, apparently, about October...

What is it about socks? Find out why some Vermonters will get up before dawn and drive miles to stand in line for good deals at Cabot Hosiery Mills' annual sale in Northfield. Sure, its Darn Tough line is "the best sock ever," according to one Burlington retailer — even the U.S. Army buys them. And the company's other varieties of dress and sport socks come in zillions of patterns and colors. But it may be hard to understand the appeal of this sale, held over two weekends in November, unless you're among the hundreds of folks digging through piles in a good-natured frenzy. Just think of socks as rock stars.

Other than July Fourth, Thanksgiving is the most American of holidays (OK, Canadians have one, too, on October 14). It's a time — the fourth Thursday in November — when most people are sitting down at home with family or friends for a sumptuous meal. But if you're traveling, don't worry. Plenty of Burlington-area restaurants will be happy to stuff you with turkey, mashed potatoes, gravy, vegetables and desserts, so you can fall into a "food coma" like the rest of us. Television football watching is optional. And by the way, many retail stores are closed during the day, but some open late to get a head start on "Black Friday," aka the first official day of the Christmas shopping season.

Thanksgiving this year is on Thursday, November 28.