What Do Vermont Arts Organizations Want From Santa? 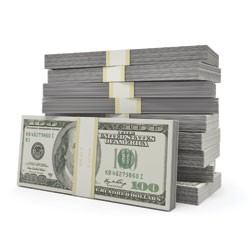 What do Vermont arts organizations want from Santa? Money, in one form or another, is what seven administrators said when we asked them to reveal their most wished-for gift this year.

That isn’t surprising, given the pinch-penny budgets that squeeze so many of the state’s arts presenters and museums. These impresarios were generally straightforward in expressing their hopes that the white-haired old dude with the reindeer would drop bags of swag down their chimneys. But a couple of the arts execs phrased their requests in especially imaginative ways. So, as is often the case on Christmas morning, we’re saving the biggest surprises for last.

John Killacky, director of the Flynn Center for the Performing Arts in Burlington, says his top-of-the-list holiday wish is for “everyone to slow down and come see a show at the Flynn” during the next couple of weeks. But a busy box office would actually be just a means toward giving the Flynn presenter the gift he says he prizes most of all. “I’m happiest when making other people happy,” Killacky says, “and the shows at the Flynn make a lot of people happy.” That’s why practically all of them get standing ovations, he suggests.

Bill Brooks wants Santa to deliver to the Henry Sheldon Museum another artist like avant-garde fashionista Wendy Copp. She’s both curator of and artist in the museum’s current show, “Fashion and Fantasy at the Edge of the Forest,” which runs until year’s end. The wild collection of history- and nature-based costumes has been wowing all who see it, Brooks says. He also hopes Vermont rail enthusiasts of all ages will visit the model-train exhibit that the Middlebury institution organizes every holiday season. This year’s version currently fills a 50-by-50-foot room with miniature farms, villages, passenger stations and three sets of Lionel trains.

Alex Aldrich isn’t asking for any gifts for the Vermont Arts Council, per se. Instead, the VAC executive director says his fondest wish for the festive season is for the members of the U.S. Congress — particularly those in the darkly benighted House of Representatives — to get “a new attitude.” Yes, Aldrich acknowledges, that could result in state arts organizations receiving slightly larger slices of the federal-funding pie. But, he says, he’d settle for Congress “just becoming more aware that the arts can be part of so many sectors” — education and social services, for example.

Jody Fried isn’t leaving any doubt about the size of the gift he wants Santa to bestow on Catamount Arts. Make that check out for $700,000, Mr. Claus. That sum would pay off the mortgage on the community arts center’s building in St. Johnsbury and enable the nonprofit to spend $4000 a month on programs rather than interest payments. The money would specifically be used, Fried says, to expand arts education for local students and to make reduced-price tickets available to Northeast Kingdom residents who otherwise can’t afford to attend Catamount shows.

In Burlington, Doreen Kraft has an equally specific and even more supersize wish. The director of BCA Center would like Santa to please wedge beneath the arts organization’s tree “a Christo-sized wrapped gift” of a 30,000-square-foot building, preferably on Pine Street. That modest addition would allow the multitasking BCA to locate all its programs in one (architecturally stunning) space, Kraft points out.

A “TARDIS” is Lance Olson’s request for a gift to the Spruce Peak Performing Arts Center. Say what? “You know,” the director prompts, “the time machine inspired by ‘Doctor Who.’”

With the device, Olson fantasizes, he could transport jazzman Count Basie, opera belter Enrico Caruso and silent-film heartthrob John Barrymore to the 420-seat Stowe venue to show contemporary audiences some of what they’ve missed. Olson says he would also include Nelson Mandela and John F. Kennedy in his time travels, so they could deliver lectures at his theater now and, presumably, forever.

Because, Olson notes, the TARDIS can travel into the future as well as the past, it also would enable him to see tomorrow’s big stars and book them at Spruce Peak before anyone else does — and before they get too expensive.

Santa might need to replace his sleigh with a TARDIS to fulfill the wish of Beth Krusi, marketing director of the Montshire Museum of Science. “A herd of dinosaurs” would really pack ’em in at the Norwich institution, Krusi muses.

“Can I have two more wishes?” she wonders. In the spirit of the season, sure — why not?

Krusi wants the next Nobel Prize winner in one of the sciences to acknowledge in an acceptance speech that he or she owes it all to the Montshire. And finally, how sweet it would be, Krusi suggests, “if communities focused as much on their schools’ science programs as they do on their hockey teams.”