What Do Parents Need to Know About "Smart" Tech Toys? 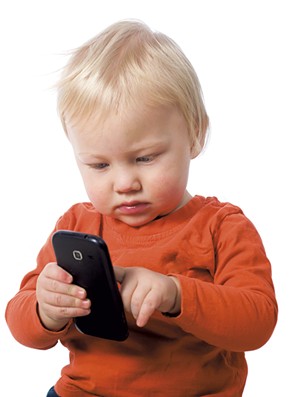 Robots, play telephones and speaking toys have long been part of the children's toy landscape. However, never before have electronic toys been as sophisticated as they are today. Many so-called "smart toys" now include built-in computers, digital cameras, microphones, Wi-Fi capability and even artificial intelligence that remembers, learns and alters its behavior based on interactions with a child.

The tech toy industry is growing fast. According to Juniper Research, annual smart-toy sales worldwide will jump from $2.8 billion in 2015 to $11.3 billion by 2020.

Dr. Lewis First, chief of pediatrics at University of Vermont Children's Hospital, offers parents some guidelines for how to be smart about kids' smart toys.

KIDS VT: Why should parents educate themselves about smart toys?

LEWIS FIRST: Because kids are now surrounded by this technology. Most kids between the ages of 2 and 5 know how to operate video games. Kids as young as 1, and certainly by age 2, can swipe on a smartphone, long before they can ride a bike or tie their shoes. But tech toys should be a tool, not a driver, for play. They should be used to assist parents, families and teachers and not become substitutes for interacting with family and friends, or playing outdoors.

KVT: Are there benefits for kids using smart toys?

LF: Yes. If a child has a learning disorder or is concerned about being behind, relative to peers, in a language, math or reading skill, a tech toy can be helpful in gaining competency in that skill — assuming it's used in conjunction with a teacher or parent — so the child doesn't face embarrassment in the classroom. Tech toys can be beneficial in getting kids engaged in STEM — science, technology, engineering and mathematics — at a time when we're trying to teach all children that STEM is fun. They also can be used to reinforce a child's real-world experiences, such as if a child goes to a farm or zoo and then comes home and wants to learn more about the animals they've seen.

KVT: What are the downsides to smart toys?

LF: Toy manufacturers make bold claims about their effects on social and cognitive development, but the research is still incredibly scanty. There was an interesting study from 2016 in the journal JAMA Pediatrics from Northern Arizona University, which divided kids and parents into three groups. The first group got electronic toys, the second got blocks, and the third got books. Researchers put microphones on the children and parents to measure how much speech they engaged in while using these objects. When kids used the electronic toys, there was virtual silence because the toy did most of the talking. Conversation was better in the group that played with the blocks, and it was best with the group using books.

KVT: What are the risks of kids spending too much time with tech toys?

LF: If a parent turns an older infant or toddler over to a tech device that basically doesn't create the verbal interaction, warmth and caring that goes on with peers or parents, then these children will be at a disadvantage developmentally. These toys can potentially slow kids' verbal development by creating a one-sided conversation in which the child just watches, and the machine does all the talking. Another problem is that some of these toys don't provide the nuances of natural human speech. Children can play on them for hours and never interact with another human except when a parent says it's time to stop and come to dinner. This amount of prolonged time spent with a tech toy can also potentially lead to early screen addiction.

LF: Many tech toys use artificial intelligence to learn who your child is and his or her level of development, then grow with them in an interactive way, often using the child's own voice to activate the toy. The problem is, to learn about your child, it starts by asking questions such as, "Where are you? Who are your siblings? What is the environment you're in?" Many of these toys do not have sophisticated security safeguards and are potentially vulnerable to hackers. Some kids' toys, such as smart teddy bears and smart watches, even track the users' location, which can be very dangerous.

KVT: Any advice for families who are considering buying one?

LF: First, if you're ordering or using a toy that goes online, parents should use a different mailing address, such as a PO Box, for that device separate from where the child lives, to reduce the likelihood of your child getting into an online database. Educate children, especially older ones, about the dangers of giving out personal information about themselves and their family. Finally, before giving a smart toy to your child, check its settings. See if you can disable certain features such as the microphone and camera.

KVT: What type of smart toys do you recommend?

LF: The best ones encourage your child to speak and interact rather than the device doing all the talking. A fitness tracker for children that encourages physical exercise and getting outside to play is another good idea. It's really important for these toys to engage the family in real-world activities, such as having a dialogue or completing a story, and not just allowing the child to sit there passively. There are websites for parents and Consumer Reports articles that review and discuss the advantages and disadvantages of tech toys. Bottom line, these toys are here to stay, and parents need to educate themselves about which ones will benefit their child's development and well-being, rather than delay their development or put them in danger should the toy pose a security risk to the child or his or her family.