What are the New Sleep-Safety Guidelines for Babies? 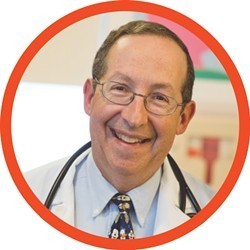 For anyone caring for an infant, sleep is a major topic of conversation and concern. In October, the American Academy of Pediatrics updated its guidelines for the safest sleep practices for newborns and infants. They aim to prevent what are now called sudden unexpected infant deaths. Sleep-related causes include sudden infant death syndrome, as well as crib entrapment, asphyxiation, strangulation and metabolic diseases. We asked Dr. Lewis First, chief of pediatrics at the University of Vermont Children's Hospital, to summarize the new guidelines and advise parents and caregivers on how to ensure that their babies sleep as safely as possible.

KIDS VT: We understand the new AAP sleep guidelines are as simple as ABC, where each of those letters represents a key point from the guidelines. Let's begin with A. What does that stand for?

LEWIS FIRST: The A is a reminder that babies need to sleep Alone and not with other people next to them (such as with a parent in their bed). The AAP is very supportive of co-sleeping, by which I mean room-sharing, for at least the first six months and, ideally, the first year of a baby's life. But recent studies have shown that sharing a bed with an infant in the first year of life significantly increases the risk of an infant experiencing a sudden unexpected infant death, usually by entrapment, strangulation or asphyxiation. About 3,500 babies die nationally from sleep-related causes annually. The risk of an unexpected infant death is even higher in premature or preterm infants who bed-share in homes where there is smoking, or where parents have been using medications or substances like alcohol and illicit drugs that can sedate a parent, or where an infant sleeps with a nonparental caregiver or other children.

KVT: What about in-bed devices that purportedly make bed-sharing safer, like co-sleepers?

LF: Those devices have no formal, well-documented studies to endorse them or prove that they work, so the AAP cannot recommend them as being safe for a baby at the present time.

KVT: What are the benefits of having an infant in the same room as the parent(s) for up to one year?

LF: Basically, having a parent in close proximity to the baby increases the parent's awareness of any unusual sounds, activity or stillness. We can't pin it down, but it appears that the first six months — since SIDS typically occurs from 1 to 4 months of age — and optimally, the first year, is prime time to remain vigilant about having close proximity to the baby. Some parents are taking issue with bringing the baby into the room for six months to a year, especially when the baby is waking up many times during the night and one or both parents have to work in the morning. Yet attending to your baby in the same room may actually ensure that parents get back to sleep more easily, since they don't have to get up and go to another room to check on their baby every time they hear him or her making a noise that worries them in the middle of the night.

KVT: What does the B in ABC stand for?

LF: The B is a reminder to always put infants and newborns down on their Back. The nationwide Back to Sleep campaign has made a major dent in reducing the incidence of SIDS. Once your baby starts to roll, by 3 or 4 months of age, they probably have enough body control to be out of the SIDS danger zone. Parents should still put them on their back at night even if they are able to roll over, but don't lose sleep if you wake up in the morning and find them on their belly. The goal is to start babies on their backs to sleep at night and give them "tummy time" for play and development while awake during the daytime.

LF: C stands for having the baby sleep on a firm-surface Crib — not on a couch, recliner, adult bed, cushion or other soft surface — which should be kept free of toys, blankets, stuffed animals and anything with a string or cord. If a parent falls asleep in a bed or other unsafe infant sleep surface while feeding a baby and then wakes up with the baby on or next to them, the parent should immediately get up, put the baby on a safe sleep surface and then resume sleeping.

KVT: What is the current recommendation on swaddling infants?

LF: Swaddling is recommended for the first two months of life only. It can certainly calm down an infant and promote sleep. But sudden unexpected infant deaths have occurred when babies have rolled over in their swaddle onto their tummies. As soon as a baby can roll over, stop swaddling. Babies can get caught in a situation where they can't breathe because the swaddle is too tight, or they can't use their hips to roll back over, so their faces become pushed into a sleep surface and they cannot move out of danger.