Weinberger Breaks The Curse of the Burlington Democrats; Wright Gets a New Gig 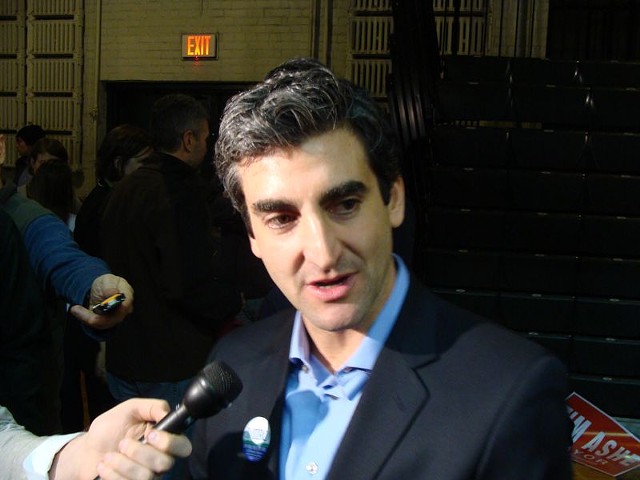 Update: So whatever happened to Wright and Hines? The latter did not return several calls and emails from Seven Days. But Peter Owens, director of Burlington’s Community and Economic Development Office, confirms that Hines continues to work for the city, directing its Social Equity Investment Project.

As for Wright, he won a seventh term representing the New North End in the Vermont House in November. He also got a new job: Wright became a licensed real estate agent and recently began work at Burlington’s Century 21 Advantage.

Wright says he’s been out knocking on doors, reintroducing himself in his new role and drumming up business for the firm.

“It’s sort of like a political campaign,” he says. “One person came to the door saying, ‘What are you running for now?’ They said, ‘Hey, I always vote for you. You don’t want me to move!’”

Recently, he’s spoken out on several high-profile issues: opposing Weinberger’s so-called “fiscal stability bond,” which was passed by voters in November; and urging the city council to maintain representation of the New North End as it undergoes redistricting. Earlier this month, he joined two Progressive city councilors at a press conference calling for a referendum to gauge support for retaining the Moran Plant as a city-owned property.

So why is Wright speaking out?

“There didn’t seem to be anybody even trying to educate the public about making sure they hear both sides of an issue,” he says. “I think right now the council is not a strong, independent body. It appears to be becoming an extension of the mayor’s office.”

That said, Wright’s not critical of all things Weinberger.