Weeks After Being Sold, South Burlington's University Mall Chugs Along 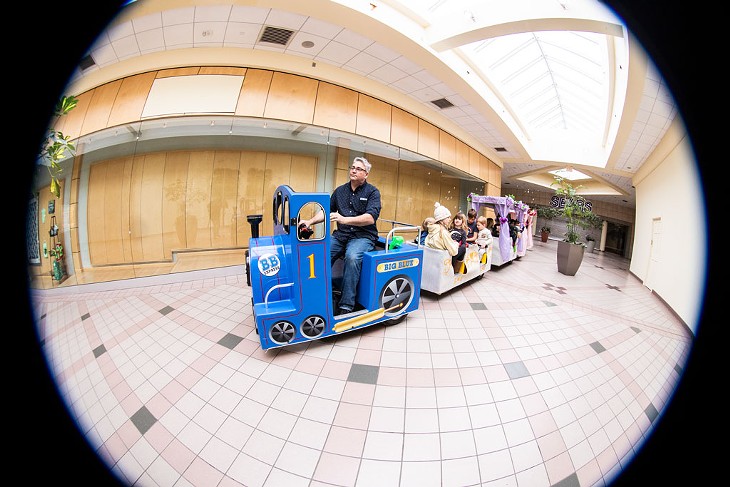 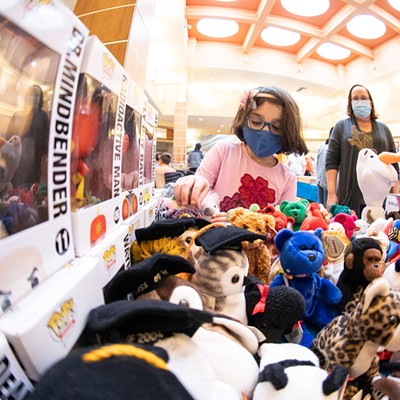 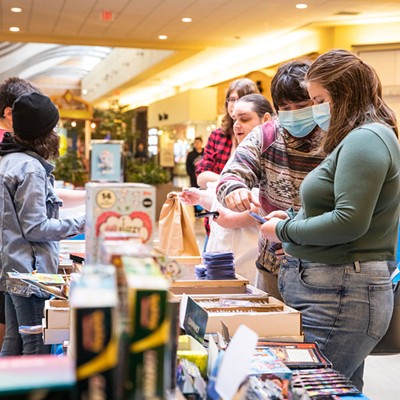 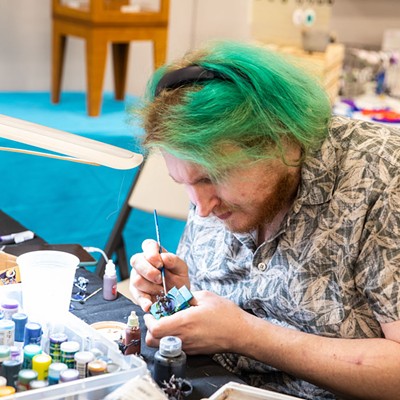 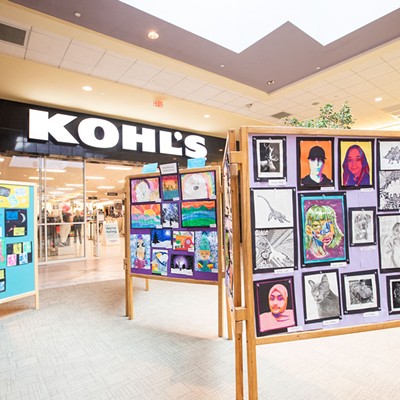 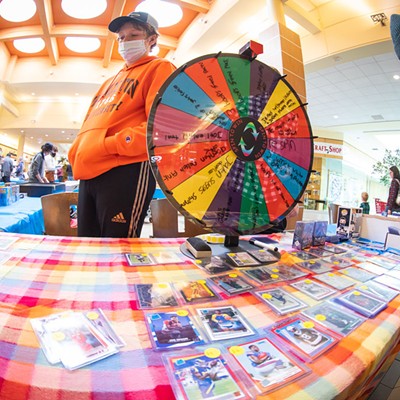 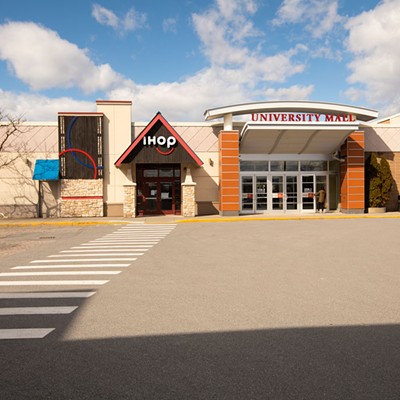 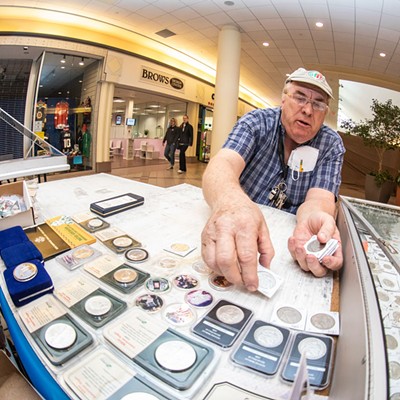 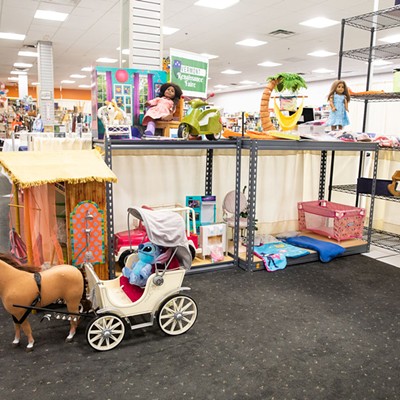 If the food court is a shopping center's beating heart, South Burlington's University Mall was showing symptoms of cardiac distress at noon on a recent Saturday. In the mall's central pavilion, just two eateries, a frozen yogurt stand and a pizza place, were serving food to a trickle of customers.

"Throughout middle school, this was the only place, really, that you could hang out," Messier said of the Dorset Street mall. Now, it's "not as fun as it used to be ... There's not a whole lot of stores I go into at this point."

As she sat down to lunch, she rattled off the fast-food joints that had abandoned the mall over the past few years: McDonald's, Dunkin', Taco Bell, a Chinese spot called the Fortune Cookie.

A food court "just makes a place," Messier said. "I would like the McDonald's back and the Taco Bell back — stuff that more people can eat."

Messier had come to pick up rings from Zales Jewelers two days after news broke that the mall — the largest and most-visited shopping center in the state — had been sold for $60 million to an investment firm, New York City-based Taconic Capital Advisors, and a commercial real estate developer, Eastern Real Estate, which has offices in Boston and Santa Barbara, Calif. (Not included in the sale were the buildings occupied by the shuttered Sears department store and Sears Auto Center.)

The sale brought renewed hope that a revitalization may be in store for the aging mall. Though it's 95 percent occupied and offers perennial mall standbys such as Target, American Eagle and Victoria's Secret, it has lost its Sears anchor store. Much of its retail space is occupied by small, independent stores selling a mishmash of wares, from fidget spinner toys to tie-dye sarongs. Green Street, a commercial real estate analytics firm that grades malls based on factors including occupancy and sales per square foot, gave the U-Mall a B- earlier this year.

Jessie Baker, South Burlington's city manager, said she's looking forward to seeing how the new owners will reenergize the mall, a property she sees as a key part of "a long-term community vision" for a flourishing city center.

"[We] want to make this a vibrant neighborhood, not just a street where there are buildings," Baker said in an interview last week.

Another part of that vision is a network of paths and an elevated pedestrian walkway over Interstate 89. The planned footbridge will provide an easier 0.9-mile route for the 12,000 students at the University of Vermont to Dorset Street and the U-Mall. South Burlington recently received a $9.7 million federal grant to fund a portion of the estimated $14 million project, which is expected to be completed by 2025 or 2026.

To have a "permanent, very experienced owner" of the mall is exciting, Baker said, especially given years of uncertainty at the property.

In July 2016, the former owner, Boston-based Finard Properties, defaulted on a $92 million loan on the mall, just months after presenting a plan to add apartments, restaurants, a movie theater and a skating rink.

A spokesperson for Eastern Real Estate told Seven Days that the new owners have yet to make firm plans. But Baker said she's met with the company's director, Andrew Hayes, and is pleased with the direction the owners seem to be headed in.

"They have some really creative ideas around making it more of a mixed-use property, thinking about housing and office space in addition to the mall that's already there," Baker said. "Making it more of a 24-7 location, so folks might be there during the workday to go to work, but then they also might stay and go out to dinner, or do some shopping, or see a movie."

That's in line with the kind of development that's occurred in Chittenden County recently, according to Brad Minor of Allen, Brooks & Minor, a commercial real estate appraisal and analytics firm in South Burlington.

In the past dozen years, mixed-use buildings — with apartments upstairs and street-level businesses such as salons, banks and restaurants — have sprung up as consumers have shifted to online shopping, Minor said. Meanwhile, demand for new brick-and-mortar retail centers has waned.

On the first Saturday after the sale announcement, the U-Mall felt like a place that hadn't kept up with the times — a combination of run-of-the-mill chains, low-tech entertainment and independent stores with a flea-market vibe.

A mix of familiar smells — the buttery, doughy scent of Auntie Anne's pretzels and the cloying, fruity essence of Bath & Body Works — hung in the air. A steady stream of shoppers perused baseball cards and coins set up on folding tables, part of a monthly trading card show. Girl Scouts from Franklin County hawked cookies from a stand as their moms looked on.

While customers shopped for on-trend clothes and home goods at Target, another store called Mr. Teez displayed shirts with slogans such as "I'm a cool grandparent. I suck toes" and "My cough is not from coronavirus" accompanied by a cannabis leaf image. A window display at the LOVERMONT 802 store showcased UVM sweatshirts, Asian antiques and a neon sign flashing "We Sell CBD."

In one corner of a store aptly called the HodgePodge Emporium, Winooski resident Ben Zabski painted miniature figurines used for fantasy games such as Dungeons & Dragons. Zabski rents half of a booth in the store — which owner Karen Dufresne described as a "small-business generator" — for $100 a month. He uses the booth as a work studio and a place to sell his wares alongside vendors offering barbecue sauce, gemstones, kids' apparel and toys.

Zabski sees potential in the mall but thinks it's been rudderless for too long. "The social scene in the mall leaves a lot to be desired ... It's dying a slow death," he said. "They just have to decide a direction and not just kind of try to patch the bullet holes."

In front of a shiny, floor-to-ceiling Target sign, Milton resident Mike Randall offered unlimited rides for $5 on his Big Blue Express train, a chain of miniature cars festooned with pink tulle and fake flowers. Children climbed aboard and, after Randall validated their oversize tickets with a hole punch, the train took off, weaving around trash cans and shoppers.

Randall, owner of kids' entertainment company the Big Blue Trunk, creates intrigue by hiding figurines — fairies or jungle creatures — in the mall's potted greenery, telling his small passengers to look for them during the ride. He also offered rides on his Twirly Whirly, a homemade version of a carnival ride, for which he had sawed the legs off kid-size plastic Adirondack chairs to create swings that radiate from a center pole. After kids loaded on, he grabbed one seat and ran in circles, causing the swings to rise in the air and dance around the pole.

"Are you ready to go superfast?" he called to the young riders as he ran.

Randall, who also hosts themed birthday parties, has been offering his homespun brand of fun to the shopping center's winter visitors for five years. During Halloween, he sets up a Haunted Forest in the mall's parking garage.

"Hopefully, they're going to allow me to do that again this year," he said. Since most of his "winter money" comes from the mall setup, Randall worries a bit about how any big changes by the new owners would affect his business. He said he'd be happy to see the mall become more of a community gathering place, with amenities such as a movie theater.

Glimmers of that community feel could be seen as two dozen vendors laid out sports and Pokémon cards and other collectibles in one of the mall's courtyards amid friendly banter.

"It's the cheapest rent you'll ever find," he said.

Retiree Joe Fuller was setting up nearby. He drives from Brattleboro once a month to sell coins, comic books and sports cards. He had a frank assessment of the mall's future. "Malls are like newspapers," he said. "They're a dying breed."

A few tables away, vendor Mike Bud, who runs a sunglasses company in California but comes to Vermont every few months to sell sports cards, shades and In-N-Out Burger merch, was equally blunt.

"No offense, but there are so many stupid shops in this mall," Bud said. "I've seen malls die just like this. When I was in Clearwater, Fla., it happened in the same exact way. They started letting mom-and-pop places come in, and they're selling anything."

Bud said he'd like to see more name-brand stores, such as Abercrombie & Fitch and Hollister, move into the mall.

But on the other end of the shopping center, a bustling Vermont Gaming Academy store made a case for retailers that differentiate themselves.

The store was full of customers sifting through used video games and browsing the gaming merch — Dungeons & Dragons dice, Pokémon cards, and live action role-play accessories such as leather satchels, swords and shields. Across the hallway, the store runs an annex that hosts Magic: The Gathering, Pokémon and Yu-Gi-Oh! tournaments on evenings and weekends.

The 20-year-old spent hours sitting in the store, sifting through cards, and was ultimately offered a job there. Poulin grew up dreaming of working at the teen novelty store Hot Topic in the U-Mall, so accepting the position was a no-brainer.

Poulin said the Gaming Academy gets a ton of calls asking if they have specific items.

But "ultimately, the best part is just coming in and looking," Poulin said. "And that's also the benefit of the mall."