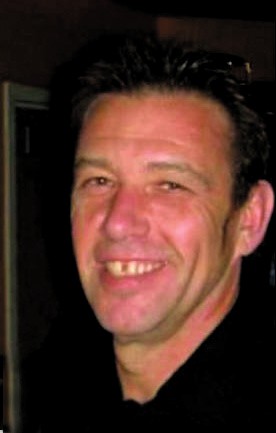 Wayne E. Beam, 54, died unexpectedly on Saturday, April 12, 2014, at his home, following complications from diabetes. He was born on March 9, 1960, in Bellows Falls, the son of Erwin and Barbara (Lawrence) Beam. Wayne worked for Transition II as the supported employment coordinator for over 16 years. He had previously worked for Champlain Vocational Services and had worked part time for several nightclubs in the greater Burlington area for many years. Wayne was a sports fanatic; he loved watching baseball and football and even had tickets for last weekend's game in Boston. Wayne had a passion for helping mentally challenged children, which he did so well for so many years with Transition II. Wayne is survived by his parents, Erwin "Butch" and Barbara Beam of Johnson; and by his sister Ellen Hamel of Johnson and his brother Randy Beam of North Hyde Park. He is also survived by his nieces and nephews Chad, Jessica, Derek, Camiella, Jeremy, Kristin, Chantelle, Timothy, Dasia, Jaden, Jenna, Jordan and Mika and several aunts, uncles and cousins. He was predeceased by his sister Delinda on March 5, 1988. A funeral service was held on Friday, April 18 at 1 p.m. in the Minor Funeral and Cremation Center in Milton. Burial followed at the Milton Village Cemetery. Visiting hours were held on Thursday, April 17, in the Minor Funeral Home. Memorial contributions may be made to the American Diabetes Association, P.O. Box 14454, Alexandria, VA., 22312.