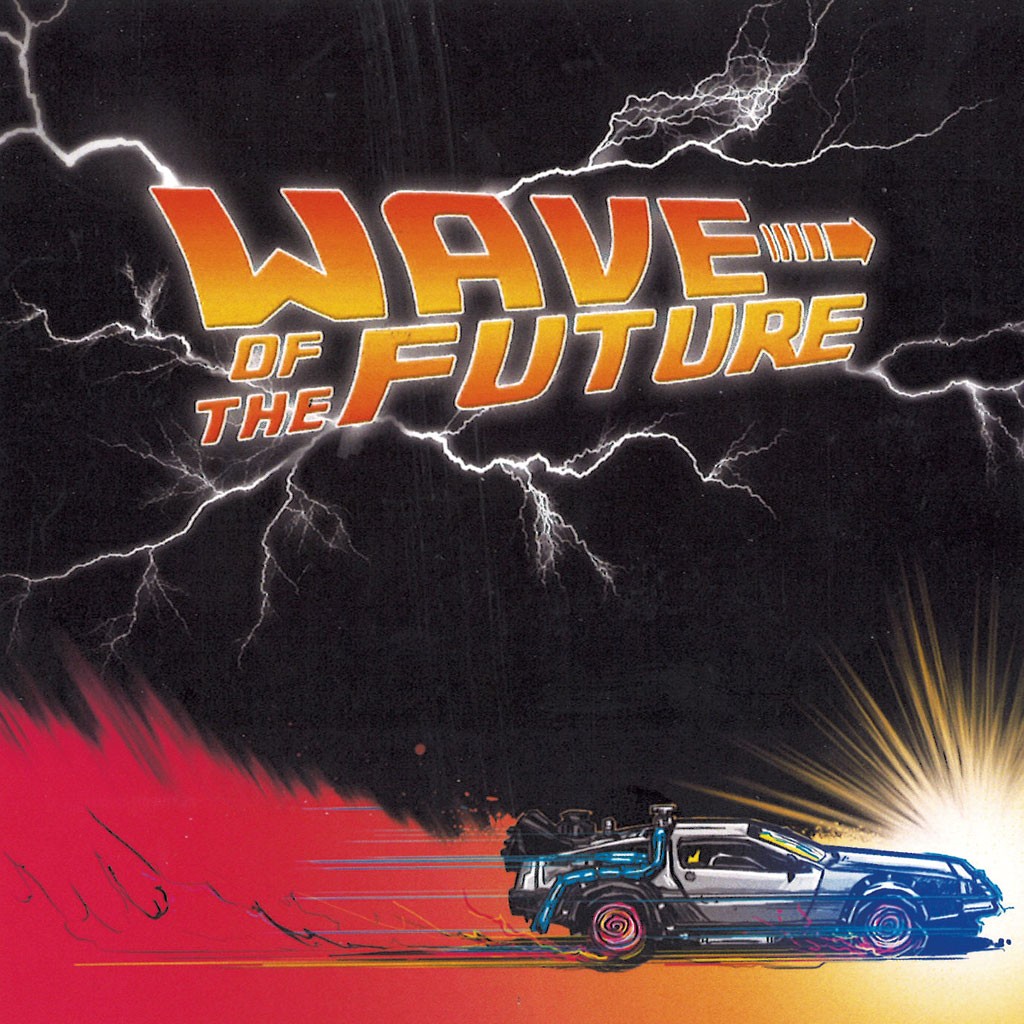 Full disclosure: If your band is founded on a gimmick based on a 1980s movie, two such film franchises will make this critic love you unconditionally. The first is The Karate Kid. I loved me some Sweep the Leg Johnny. And if you started a band called, say, the Crane Technique or the Best Around or Cobra Kai, you can bet I'll dig it. Like, a lot.

The second franchise that speaks to my sense of nostalgia is Robert Zemeckis' Back to the Future, the first installment of which I can practically recite from memory. Much as I based a significant portion of my youth on the unlikely triumphs of the spunky Daniel LaRusso, the time-traveling Marty McFly was also a childhood idol. Which brings us to Burlington new-wave/punk band Wave of the Future and their self-titled debut EP.

Let's say that instead of Alan Silvestri's score and the notable contributions of Huey Lewis and the News to the soundtrack, the music for Back to the Future was handled by some unholy union of Talking Heads, Devo and Nine Inch Nails — and maybe Danny Elfman. That's roughly what you can expect to find on WOTF's five-song debut. "Hip to be Square" it ain't. But it's a hell of a trip back in time, especially for those with fond memories of Biff Tannen, George McFly and Dr. Emmett Brown.

With a punishing, manic, electro-punk sound, WOTF don't particularly evoke the mood or feel of the movies — except maybe the nightmarish hellscape that is the alternate 1985 Hill Valley in Back to the Future 2. Rather, the band cherry-picks iconic lines from the films and dumps them into a musical Mr. Fusion to create something approaching nuclear energy. "Great Scott!" assaults with overdriven guitars and death-ray synth set to a bruising, dance-punk backbeat. Vocalist Samara Lark Brown sings with reckless abandon while Dr. Emmet Brown's signature line forms the shouted, fist-pumping hook.

"All I Want Is a Hoverboard" continues the Devo-meets-NIN aesthetic, as songwriter and synth player Luke Richer handles lead vocals with Mark Mothersbaugh-like mania. The menacing "Flux Capacitor" follows and is, of course, what makes time travel possible.

"1.21 Jiggawatts!" is perhaps the band's signature cut and hits with all the force of a lightning bolt to a clock tower. Yet even WOTF seem not to have any idea what the hell a jiggawatt is.

The record closes on "88," and when the band gets up to speed, you're gonna see some serious shit. Frenzied and insanely danceable, it's a fitting close that leaves nothing but flaming tiretracks in its wake.

Wave of the Future celebrate the release of their debut EP with a show at Nectar's in Burlington this Saturday, August 16. Now make like a tree and get outta here.