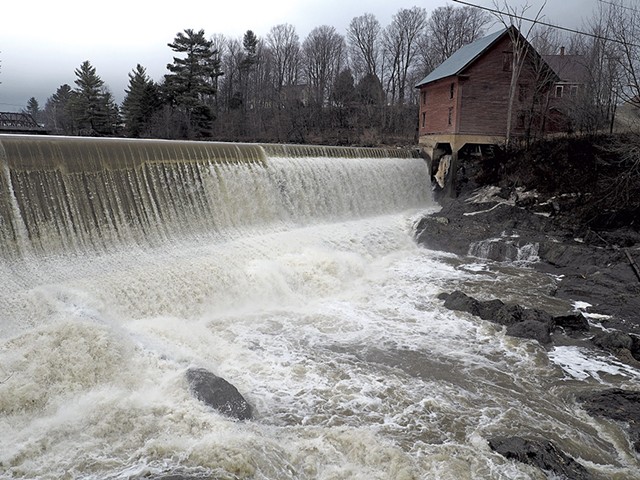 Superior Court Judge Thomas Walsh peered through the window of a covered bridge over the Green River on April 13, studying the rain-swollen flow below. Around him huddled a cadre of lawyers from both sides of a fight over the little river's future.

Attorneys for Morrisville Water & Light had spent the previous two weeks in a Vermont environmental court trial in Burlington trying to convince Walsh that the utility could protect the environment while maximizing power generation from its dam on the Green River in Hyde Park. The utility is appealing operating conditions in a water quality certificate that the Vermont Agency of Natural Resources issued.

ANR and Vermont Natural Resources Council lawyers had argued that the utility's plan would divert too much river water for power generation, leaving the river's brook, brown and rainbow trout without enough water to thrive. They also said the surges from the utility's periodic release of water from the dam could hurt aquatic life without careful management.

On a field trip at the end of the trial, Walsh visited Morrisville's three hydroelectric generation stations, at the Green River dam and two others on the Lamoille River, to get an on-the-ground understanding of the hydro operations.

The trial is over. Walsh's ruling, expected this summer, will dictate just how much water will flow under that covered bridge. His decision could lead to big changes at a popular state park and, according to Morrisville Water & Light, spur higher rates for its 4,000 customers if it must find a new source for some of its electricity.

In the worst-case scenario, the state's conditions could make the hydro dam uneconomical to operate, and the utility would seek to sell it off or have it decommissioned and removed. Local officials say that would be a loss for the utility and for Vermonters who boat, fish, camp and swim at the lake behind the dam, an area that has been Green River Reservoir State Park since the utility sold the land to the state in 1999.

Walsh's decision will affect whether or not the utility can schedule dam releases that create white-water thrills for a small but avid kayaking community. The case will also determine how much the utility is allowed to change the reservoir's water levels, which can have an impact on loon nests.

Hydropower was one of the first green energy sources in Vermont. The Green River dam, built in 1947, is actually relatively new among the state's hydro projects. Dams now face increasing regulations as new science and tightening water quality rules require they be more environmentally friendly. Those changes can also make the state's 85-plus hydro plants less cost-effective.

Walsh's decision will have repercussions lasting decades. The water quality certificate in question was issued as part of the Federal Energy Regulatory Commission relicensing of the hydropower dam, and the permit sought will last 30 to 50 years.

Whatever restrictions come with that federal permit will be the only ones involving the dam for the duration of the license. New state water quality regulations won't apply until the next license renewal.

"We won't have another shot at this," said VNRC policy and water program director Jon Groveman, noting that he'll likely be dead by the time the Green River dam's license is up for renewal again.

Because federal hydroelectric licenses are so long-lived, utilities are confronted by decades of new habitat science and regulations whenever they need to be relicensed.

This step in the ongoing review is strictly environmental and entirely in Vermont's hands: FERC requires hydroelectric plants to get a certificate that confirms the operation won't violate state water quality standards. Later, FERC will take into consideration both the environmental impacts and the economics of the hydro operation.

When Morrisville Water & Light asked the state for the water quality certificate, ANR issued one, but with specific conditions. The certificate would dictate the minimum amount of water that has to stay in the river for aquatic habitat instead of being diverted for power generation. It would also allow less flexibility around big discharges from the dam. Kayakers could still navigate the rapids created by power generation, but the utility wouldn't be allowed to schedule recreational releases or delay them until weekends so more boaters could enjoy the rapids. 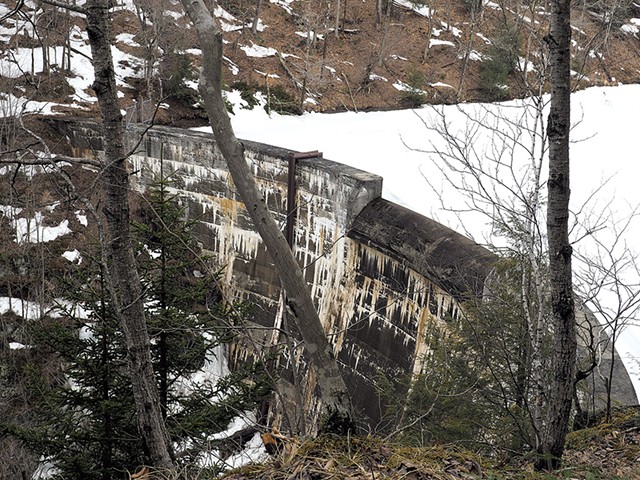 "The agency's mandate is to ensure that it has found reasonable assurance that it will not violate the water quality standards, and we took those words very seriously," said ANR attorney Leslie Welts. She said the conditions in the permit were the bare minimum that state experts determined were necessary.

Morrisville Water & Light general manager Craig Myotte said the state certificate is overly restrictive and would hurt the utility's ability to generate power — and make money — from the dam. The issue lies in the logistics of generating hydropower.

To build up enough energy to convert to electricity, hydroelectric plants divert water from the river into a penstock, a massive pipe that runs downhill parallel to the river. The force of the water flowing down the pipe spins turbines and creates electricity. More water means more electricity, but it also means less water stays in the stretch of riverbed above the power plant.

The problem with the new state certificate, Myotte argued, is that officials are making the utility leave far more water in the river — more than is required to meet water quality standards.

"Because of that, we can actually use less water to generate the hydro through the penstock," Myotte said. He estimates the state's conditions would cut power generation by a third.

Hydropower currently meets about 20 percent of the Morrisville utility's demand. State policy calls for 90 percent of Vermont's energy to come from renewable sources by 2050. Myotte said Morrisville Water & Light is constantly striving toward that goal, but the new environmental requirements would be a setback.

"Somewhere, somebody at the top of the state government needs to be able to make some decisions about what makes sense for all of this," Myotte said. "We've got competing interests at different levels of the state that's creating some conflict here."

But Welts, the ANR lawyer, said the federal process is clear: The state has one job in this water quality review, and it has nothing to do with renewables or the economics of power generation.

"It's ultimately an issue of ensuring that water quality standards are being met," she said.

Because the utility's current permit, issued in 1985, is decades old, Welts said, the waters around the Green River Reservoir are already falling short of Vermont's standards. That doesn't mean Morrisville Water & Light has broken the rules; the utility is complying with the conditions of its permit.

While the state's review doesn't focus on economics or renewables, Morrisville Water & Light does. Myotte said the utility could raise customer rates to avoid operating the hydroelectric plants at a loss. He said it's possible another entity such as the state, which owns the parkland around the Green River Reservoir, could take over the dam.

"In the worst case, you know, under a decommissioning process, the dam in the long run could be removed," Myotte said, "which of course is not a very attractive answer. People don't want to even think about that from the standpoint that it would destroy the Green River State Park."

At the last stop during Walsh's visit, the judge stood atop a steep slope. Below him, the penstock from the Green River dam made its way along the valley floor to the generation plant. The streaked and faded cement wall rising from the valley held back the ice-covered reservoir. Surrounding Walsh, attorneys on both sides looked out on the scene, hoping his notion of its future matched their own.