Washington's Ghost, The Black And White Of Gray 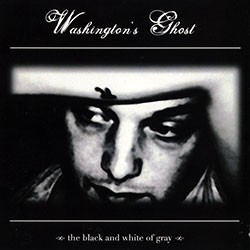 Vermont suffers no shortage of experimental pop. From the stark ruminations of Americana-noir trio Farm to the bizarre hyperactivity of Nose Bleed Island and the avant-garde karaoke-ish brilliance of Ryan Power, mind-bending meliorations are increasingly de rigueur in the Green Mountains. And it appears that the state is about to add to its embarrassment of heady riches as one-man electro-rock outfit Washington’s Ghost prepares to move from the rural outpost of Eliot, Maine, to the Queen City this month. The brainchild of multi-instrumentalist/composer Jon Kiper — the younger brother of local multi-instrumentalist Chris Kiper, late of Space Tiger, Cccome? and Manifest Nextome — Washington’s Ghost should prove a worthy addition to Burlington’s sprawling experimental indie scene, as evidenced by his genre-hopping second disc, The Black and White of Gray. Who says there’s a brain drain?

The album opens with the post-punk punch of “When We Were Jung.” As the title implies, the tune has something of a philosophical bent. Though Kiper doesn’t offer anything terribly earthshattering lyrically, the song owns some vicious, gritty hooks. Imagine a hyper-literate version of The Strokes’ Julian Casablancas and you’re not far off the mark.

That cut bleeds seamlessly into the electro-lounge chill of the next track, “You Wish You Were.” It’s a neat trick, to be sure, and one that’s repeated throughout, giving the disc more of a unified feel than merely a collection of songs. In the iTunes Age, that’s a refreshing concept for album purists. Here, Kiper proves a talented singer as well as an inventive composer with a smooth, brooding delivery reminiscent of Sea Change-era Beck — if backed by Fatboy Slim, perhaps.

“Catch You on the Dark Side” continues in a similar vein, though with more of a head-bobbing trip-hop feel than the preceding number. Again, Kiper shows an uncanny knack for catchy, melodic hooks with near-anthemic lines throughout.

“I Am a Robot King” is next and is perhaps the best example of Kiper’s talents as a whole — including playing virtually every instrument himself and programming electronic loops. Here he deftly wraps a gorgeous melancholy melody around a wash of distorted guitar and some seriously slow and low beats. Think of it as an indie-rock mashup. Trust me, it’s a lot cooler than that description sounds.

Upon his arrival, Kiper plans to reunite with his big brother and a few of his old Manifest Nextome cohorts. Given that dearly departed band’s propensity for heady hip-hop fusion and brutal psych-rock, I’m betting this union will be one to watch for. Until then, on behalf of Burlington and beyond, let me be the first to say, “Washington’s Ghost, welcome to Vermont.” We’re happy to have you.