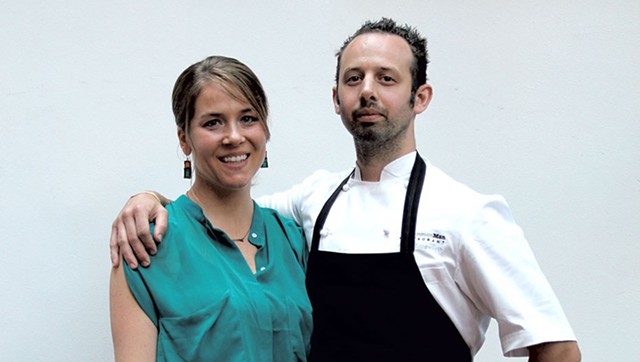 Over the weekend, the owners of the Common Man Restaurant in Warren announced that the upscale restaurant will shut its doors at the beginning of April. In an email to customers, owners Adam Longworth and Lorien Wroten wrote, "It is with both heavy hearts and excitement we are writing to you to announce that we will not be reopening the Common Man for the summer and fall seasons." Wroten says both the restaurant and the building are currently for sale.

Transplants from the New York culinary scene, Longworth and Wroten purchased the restaurant in 2011. (It has existed as the Common Man in a historic barn since 1972.) While the Common Man offered the couple a great opportunity to come to Vermont, Wroten says now, the restaurant exemplifies large-scale, traditional fine dining — something with which the pair was familiar, but not what they had dreamed of doing in Vermont. "The scope of how creative we can be [here] is finite because of the size of the space and the volume of the people, particularly in winter," Wroten says. Now, however, "We're in a position where we can look back to our original dream."

The closing will give the two time to consider their options for moving forward. If the business doesn't sell, they may reopen for one last winter season, Wroten says. Otherwise, they may decide to work with the space they have or seek something new. The Common Man will continue its normal hours through March 26, then close after an Easter dinner and a send-off dinner on Saturday, April 2.

The original print version of this article was headlined "End of the Common Era?"