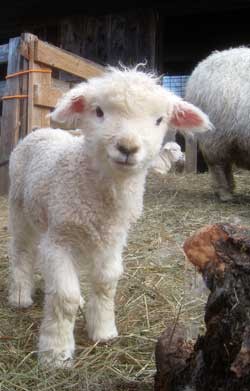 Last Thursday night, Comedy Central's Stephen Colbert interviewed Jim Cramer of CNBC's "Mad Money." As they bantered about the dire economy, big pictures of fuzzball kittens and puppies flashed behind them. Predictably, the audience greeted each with delighted laughter. The message? Perhaps only fluffy, adorable critters have the power to distract us from our fears about the recession. Unless, of course, we belong to the growing number of pet owners whose dwindling finances force them to "relinquish" their animal friends at a local shelter.

In this, our annual Animal Issue, we report on that trend as well as other news and views from animal lovers, rescuers, trainers, farmers, hunters, merchandisers, and, well, consumers. Yes, some members of the animal kingdom end up on our plates. But, as entries to our "Best of the Beasts" photo contest demonstrate, the ones we call pets make us happy.

» On the Lamb: A Vermont shepherd-filmmaker takes stock of his flock by John O'Brien

» Whole Hog: Sometimes it takes an office to eat a pig by Alice Levitt