War of the Words: Chris Hedges on 9/11, Qaddafi and Sen. Bernie Sanders 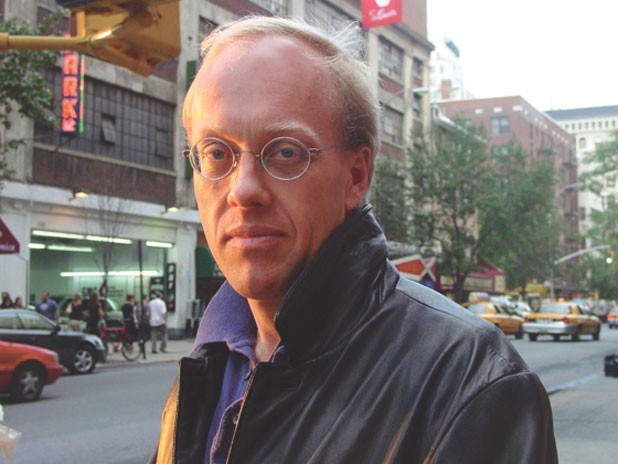 His condemnation of the U.S. invasion of Iraq caused a near-riot at Rockford College in Illinois. School officials turned off the microphone, and two men rushed the stage to stop Chris Hedges from delivering the 2003 commencement address.

Blasting the Bush administration also cost Hedges his job at the New York Times, where he had worked for 15 years and shared a Pulitzer Prize for coverage of global terrorism. He resigned after the Times reprimanded him for making “public remarks that could undermine public trust in the paper’s impartiality.”

Now an advocacy journalist and radical activist, Hedges is scheduled to speak at St. Michael’s College on Monday, September 12, as part of a forum entitled “9/11 Plus 10: What Have We Learned?” If history is any indication, Hedges’ answers to that question are likely to be provocative.

Born in St. Johnsbury in 1956, Hedges is the son of a Presbyterian minister who moved the family to upstate New York three years later. He went on to earn a master’s degree from Harvard Divinity School.

Hedges is the author of several books, including American Fascists, I Don’t Believe in Atheists and the highly praised War Is a Force That Gives Us Meaning. He writes regularly for the news website Truthdig and holds a fellowship at the Nation Institute.

Hedges’ writings don’t encourage neutral responses. A Times review of American Fascists, for example, called it the work of a “neophyte” that’s padded with “ungrounded theorizing, unconvincing speculation and examples that fall far short of bearing out his thesis.” But the same review referred to War Is a Force That Gives Us Meaning as a “classic meditation on the perverse pleasure human beings derive from visiting violence upon one another.”

Seven Days interviewed Hedges by phone from his home in Princeton, N.J., in advance of his appearance in Vermont.

SEVEN DAYS: It must have been difficult to walk away from a job at the New York Times.

CHRIS HEDGES: It was difficult to walk away from a steady income. My real concern was how I was going to support myself and my family. I knew no other newspaper was going to hire me because I was so outspoken. Once you take a position that’s very unpopular, you’re considered biased as a news reporter. I figured I’d become a high school teacher.

SD: You must have known you’d be risking your career by speaking in public against the invasion of Iraq. What made you do that?

CH: I never held back my views. That commencement address was really just the denouement. As the Middle East bureau chief for the New York Times, I was constantly being asked about Iraq. I knew the proper career move was to give an evasive answer, but I never did.

All U.S. Arabists — in journalism, academia, at the State Department — knew this war was insane. My own view was based on seven years’ experience in the Middle East, much of it in Iraq itself. It would have been unconscionable of me to remain silent.

SD: Were you also opposed to the invasion of Afghanistan? If so, was it because you’re against all wars? Wasn’t the U.S. justified in going after bin Laden?

CH: I’m not a pacifist, and I did oppose the war on Afghanistan. It should have been an intelligence war against bin Laden; using the tools of conventional warfare is useless. The only way to defeat terrorism is to isolate the terrorists within their own societies, and the most effective way to do that is by creating empathy for your side. We had that right after September 11, but then we began dropping fragmentation bombs all over the place.

Also, no matter what you might think of them, the Taliban didn’t carry out 9/11. To make war against Afghanistan is to miss the point. Terrorists are not tied to any particular nation-state. They’re protean.

SD: You don’t support the U.S. intervention in Libya, either?

CH: I supported stopping the [Libyan government] column outside Benghazi [in order to protect the rebels there from being slaughtered]. But I didn’t support our involvement in a civil war that has left 50,000 dead.

The intervention was always about regime change and throwing Brazil and China out of Libya’s oil fields. What we’re seeing is a kind of recolonizing of Libya by the West.

There’s also the question of what will come next in a country with deeply antagonistic tribal factions. Once we have set up a client government in Tripoli — as we have in Baghdad and Kabul — we’ll get the same reaction as we have in Iraq and Afghanistan. The Libyan people will develop the same bitterness. I know Libya pretty well. I’ve been there and have interviewed Qaddafi.

CH: Not stupid, but crazy. And probably on some sort of drugs.

CH: I don’t miss daily journalism at all. If I never wrote another breaking-news story, I’d be happy. After so many years as a foreign correspondent, I also don’t want to travel anymore. I don’t look back with bitterness toward the Times; I had a great career there.

Also, journalism isn’t about ideas. I’d much rather write books, because that’s a much more fulfilling experience. And I do a lot of reporting for my books.

CH: A book about the poorest pockets of the United States. There are chapters on the coalfields of West Virginia, the Pine Ridge [Indian] Reservation, undocumented agricultural workers.

SD: You must feel liberated being able to write in your own voice, to express your own point of view, rather than feeling constrained by the formula of objectivity.

CH: I actually didn’t feel constrained as a foreign correspondent. Yes, I wrote within the confines of daily journalism, but it was possible to make cogent analyses and to put myself in positions where the reporter was the only link between the oppressed and the outside world. I was able to tell stories honestly from places like El Salvador, Nicaragua, Guatemala, Gaza, the Arab world, Sarajevo. It’s not possible to come back to the U.S. and do the same thing.

The Washington bureau is just a reflection of the views of the power elite. You eat lunch with them and you cultivate sources you don’t want to anger.

CH: The main thing is the attempt to create permanent fear in order to strip us of our civil liberties and to wage preemptive wars — which are illegal.

SD: Are you disappointed in Obama, or did you figure all along that it was naïve to support him?

CH: I didn’t vote for Obama. I voted for Nader and also wrote almost all his policy papers. If you’d looked at Obama’s two-year voting record in the Senate, you’d have seen he was totally beholden to corporate interests.

SD: You’ll be speaking in a state with a senator who’s probably the most progressive member of Congress. What’s your view of Bernie Sanders?

CH: He sold us out on health care [by voting for Obama’s plan, even though it did not contain the “public option”]. I like Sanders, but he has his flaws.

He’s an important figure in making the system work; plus, he’s irrelevant. His is a voice I often agree with, but the only relevant voices in Washington belong to corporate lobbyists.

CH: If human behavior doesn’t change — and there’s no indication it will — we’re going to trash the ecosystem. I’m not sure that optimism would be a reasonable position to take, given what’s going on.

There’s a slow-motion corporate coup d’etat occurring in this country. Progressive forces have been decimated. We’re watching the rise of a proto-fascist movement on the part of people who rightly feel betrayed by both the Republicans and Democrats.

SD: There’s a lot of racism and xenophobia mixed up in that.

CH: That’s why it’s protofascist. There are always scapegoats in society on which you’re permitted to vent your rage. We saw it in Weimar Germany. I saw it in the former Yugoslavia.

SD: You wrote a much-discussed column headed “One Day We’ll All Be Terrorists” about the specter of a national-security state that will put activists in prison. Do you worry that will happen to you? Do you fear for your own safety?

CH: No, people who have driven into Sarajevo with 2000 shells a day falling around them tend not to worry much about their security. Given what I’ve seen and written about, I’m not afraid to do what I’m doing.

Chris Hedges will be part of a panel presentation entitled “9/11 Plus 10: What Have We Learned?” on Monday, September 12, at 7 p.m. in the McCarthy Arts Center, St. Michael’s College, Colchester. Admission is free.