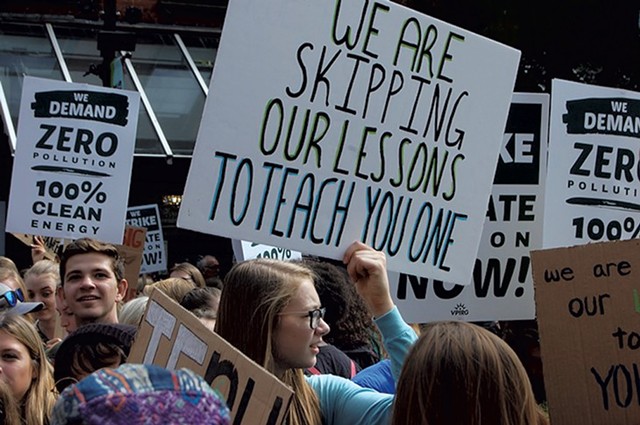 Thousands of young people in Vermont joined peers around the world on Friday, September 20, to protest the failure to adequately address global warming.

"We are skipping our lessons to teach you one," read a sign that a girl held up in a crowd packed shoulder to shoulder in front of Burlington City Hall. 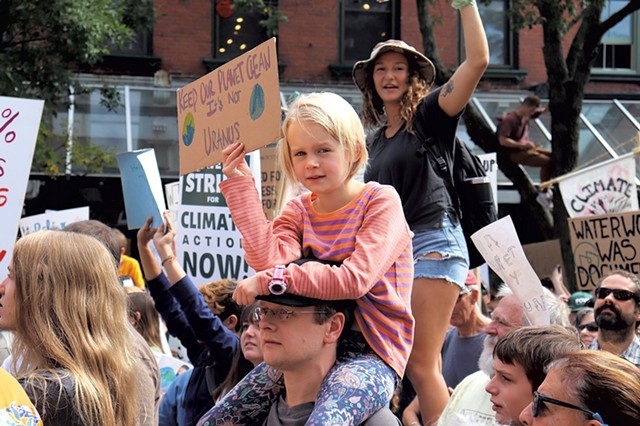 The turnout there reached at least 2,000 and was probably many more, Deputy Police Chief Jon Murad said. 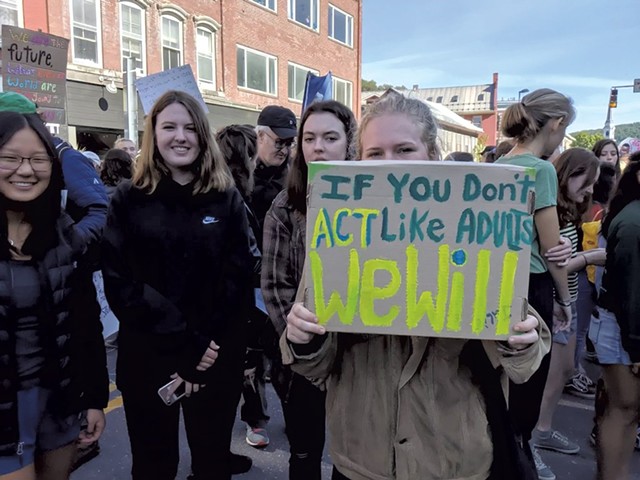 The crowd spilled onto Main Street, which was closed to vehicles. Musicians played, students chanted for climate justice and speakers addressed the crowd from City Hall steps. 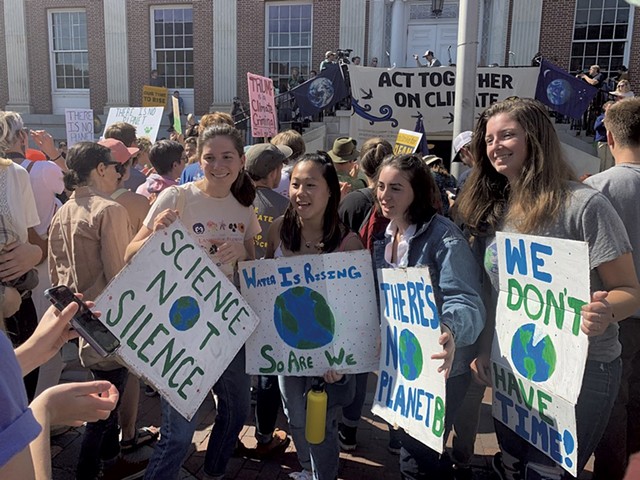 In Montpelier, protesters gathered at the Statehouse carrying banners, such as one that read "Climate Action Now." Similar events were being held all around the state, according to the Vermont Climate Strike coalition. 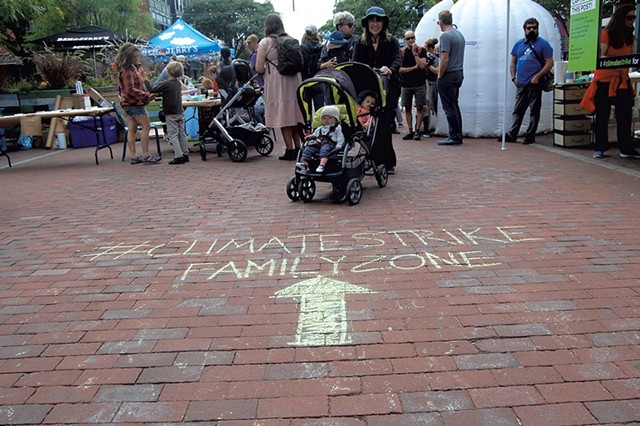 Climate protests organized by youths have drawn massive crowds in major cities around the world.