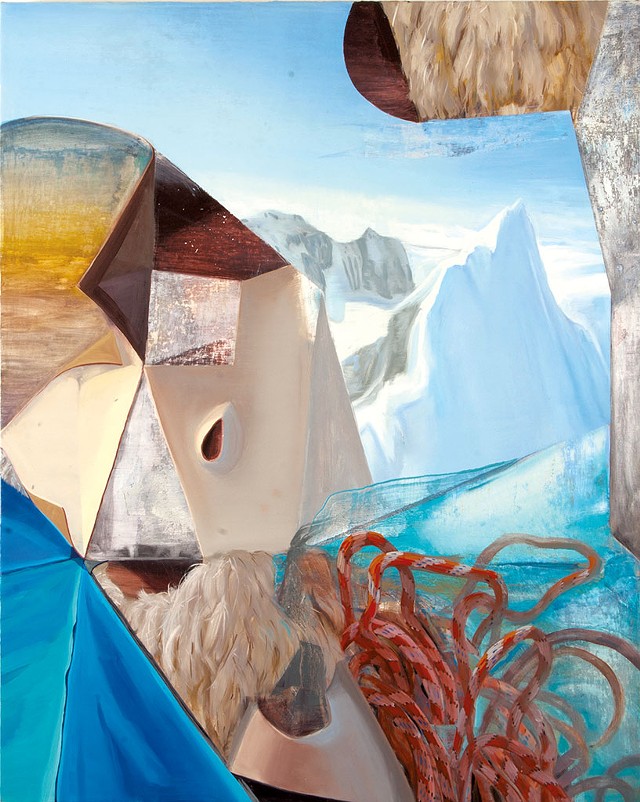 As many Vermonters know, small is beautiful. Yet small can also be limiting — particularly for artists, whose career vitality often depends on reaching, and responding to, broader audiences. "How do we get people [to Vermont] to see the work that's being made here?" asks Burlington City Arts curator DJ Hellerman in a recent conversation with Seven Days.

When he arrived at BCA in 2012, Hellerman identified a need for opportunities for artists to meet with external gallerists and arts professionals. And so BCA's Visiting Critic Program was born. One of the curator's early shows at the BCA Center, "Seat's Taken" in 2013, included work on loan from the Progressive Art Collection. (Hellerman had previously worked for the Cleveland insurance company.) Having brought Progressive curator and former colleague H. Scott Westover to town for his BCA exhibit, Hellerman quickly recognized an opportunity to facilitate meetings between Westover and local artists.

Hellerman refers to Westover's studio visits as a "quiet pilot" of the now-formalized series. The program aims to host three out-of-state art professionals per year, each giving a free public lecture and visiting several artist studios.

Artists who wish to participate are invited to submit work during an open call, and then both BCA and the visitor make their selections. Those who are chosen to meet with one critic are not eligible to meet with the one who visits immediately afterward, but they may otherwise apply as often as they like.

Most of BCA's funding is allocated for the support of artists — as opposed to gallery owners, writers and the like — so, Hellerman says, the organization strives to maximize efficiency when introducing local artists to visiting critics. Fostering these relationships on a lean budget generally means multitasking.

Case in point: In summer 2014, BCA worked with Laura Blereau, director of New York's bitforms gallery, to host a solo show at BCA for new-media artist Björn Schülke. Blereau then returned to Burlington as a visiting critic in August, shortly after Schülke's show ended. In January 2015, the Fleming Museum of Art published the catalog Staring Back: On Picasso's Demoiselles d'Avignon, which includes an essay by Blereau. Fleming director Janie Cohen confirms that this relationship came about through the Visiting Critics Program. "BCA has always been an incubator," suggests Hellerman.

Wlusek recently relocated to the Toronto area after spending years as an independent curator in southern Ontario, including work at the Ottawa Art Gallery. Her background is in contemporary art theory and anthropology. In Burlington last month, Wlusek met with Katie Loesel, Toni-Lee Sangastiano, Seb Sweatman and Mary Zompetti. 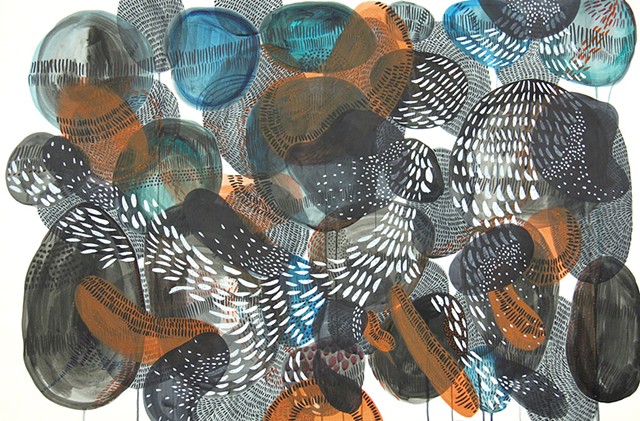 Experiences with the visiting critics may differ, but participating artists uniformly express gratitude for the opportunity to see and be seen.

"Vermont is a bit of an outpost in terms of the art world," says Budington. He maintains his studio practice while teaching art at UVM, and met with two other BCA visiting critics before seeing Levey this year. Of the program, he says, "It's a good opportunity to meet with people that are doing this in different cities and have different perspectives — it adds to the discourse of what's happening here."

Katz, who recently installed two public art commissions in downtown Burlington, says his visit with Levey gave him two things: "positive feedback and outside experience with marketplaces." Additionally, Katz suggests that a non-local critic can more easily offer honest feedback. Levey, he says, readily critiqued aspects of the sculptor's work that he thought were not working.

Meaker and O Donnell met with Levey not about their individual work but about their ideas for a series of nomadic installations called "Overnight Projects." The critic, they say, helped them work out a game plan. "He asked some really great questions," Meaker says. "He helped us look at the practical aspects."

Sangastiano showed Wlusek a wide variety of her work, but says that "the most powerful part" of the visit was the critic's response to Sangastiano's first and only installation piece, a relatively new work called "You See Me." Made with projected screenshots, lights and hanging sheets of acetate, the piece arose from Sangastiano's experience as a survivor of prolonged stalking. "This is an important one," Sangastiano recalls Wlusek telling her. "You need to get it out into the world — people need to see this."

After Loesel met with Wlusek, she says, "I added more things to my to-do list, in a good way." The Richmond artist's most recent work is loosely inspired by rock formations and glaciers; one of Wlusek's suggestions was to explore artistic opportunities with research institutions that have a gem collection or other geologic focus. The critic also gave Loesel a list of artists to check out. She says she came away from the meeting with "more momentum — like, Oh, I could try this and this and this."

Next in the series will be Anaïs Castro, a Montréal critic and curator who has worked with the city's Art Mûr gallery since 2013. She'll arrive in April.

The original print version of this article was headlined "Critical Match"