Virtual Birding Communities Are All Atwitter 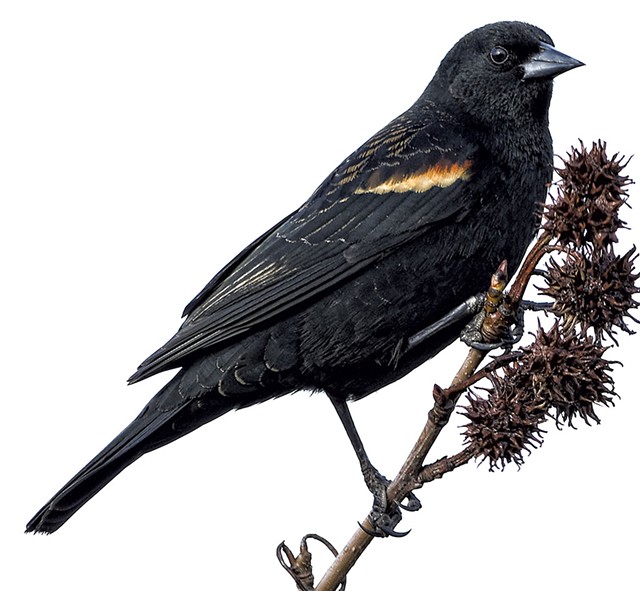 Trish O'Kane couldn't see the eastern phoebe — not even close, given that the bird in question was in Connecticut and she was in Burlington. But she could hear it through the speakers of a student who had taken his laptop outside during one of O'Kane's Zoom classes at the University of Vermont. The experienced birder immediately recognized the birdsong.

Oh, my God, I can hear the birds in this kid's yard in Connecticut right now, O'Kane recalled thinking.

The lecturer at UVM's Rubenstein School of Environment and Natural Resources has long incorporated birding into her teaching. Since 2016, she's taught UVM students to become birding mentors to local elementary schoolers in a class called Birding to Change the World.

The coronavirus pandemic sent UVM students home. But when O'Kane recognized the eastern phoebe's song hundreds of miles away, she realized she could still help students go birding, even though they were scattered across the country.

Birding appears to be on the rise across the U.S. during the pandemic, as Americans spend more time at home and search for new hobbies. According to the National Audubon Society, downloads of its Bird Guide app in March 2020 were nearly double the number of downloads in March 2019, and users are opening and spending time on the app more than they were a year ago.

Bridget Butler, a Vermont naturalist who calls herself the Bird Diva, put it this way: "You get stuck in your house, and you're looking out the window, and there's stuff going on out there."

Birding enthusiasts and educators see an opportunity to get more people than ever interested in and educated about birds. They find themselves in the unusual position of reaching people through all kinds of virtual platforms while preaching a message that involves turning off the screens and getting outside.

Maybe you're bored of your usual walks around the neighborhood. Maybe you've stared out your window long enough to start recognizing the fluttery friends who frequent your yard. Maybe your brain is fried from screentime, and your mental health is fried from stress. There are plenty of Vermonters out there happy to convince you that birding could be the answer.

O'Kane started out testing her virtual birding theory on a small scale. She guided a student who called her from Pennsylvania on a virtual birding excursion, joined by the student's parents. Together, they identified 13 species.

"I don't even have a smartphone," O'Kane said. "I'm not anti-technology, but I use it sparingly."

In 2019, O'Kane and UVM associate professor Brendan Fisher organized a birding unit for his Introduction to Environmental Studies class. In the spring semester, with the class moved online, O'Kane hoped to find a virtual birding mentor for each of Fisher's more than 200 students.

She reached out to the National Audubon Society, where Heather Starck, the vice president for grassroots capacity building, put out a nationwide call. Within a week, every student was matched with a mentor who was knowledgeable about the birds in their area. Students called or video-chatted with their mentors during a birding outing or sent photos to the mentor afterward for help identifying the birds.

"Birding is really a gateway into connection with nature," Fisher said. More than that, though, he sees it as a way to connect with other humans, even during isolation. "Part of it was really about creating a social interaction between, probably, a 60-year-old birder and an 18-year-old kid who happen to live in the same state," he said.

Students in O'Kane's Birding to Change the World class didn't have a chance to develop relationships with the elementary schoolers they usually teach, so instead, O'Kane had more experienced students serve as virtual mentors to their classmates. "For almost every single student, the birds became central not just to the class, but to surviving the semester," O'Kane said.

"I remember my grandparents birded a lot. And I never really thought it was interesting ... But I'm really glad that younger people are starting to get into it. I feel like it's really good for mental health," Mize said. "It doesn't matter if you're good or bad. You still get the benefit from being outside. I almost look at it as some sort of meditation. You're letting your brain relax."

Butler, the Bird Diva, teaches birding workshops and does outreach related to birds and bird conservation. She started experimenting with online classes this winter, she said, unwittingly preparing herself for the virtual shift that came with the pandemic.

Though teaching online has had its challenges, Butler said, her online classes have sold out. While Vermonters were under the stricter version of the stay-at-home order, she said, "my inbox was just bombarded with questions and people wanting to learn more."

Butler advocates for what she calls "slow birding," which places less emphasis on trying to see as many birds as possible and more on returning to the same place and getting to know the birds that frequent it.

"Through my work, I've tried to change that [competitiveness] and make birding more accessible," Butler said. "I think what's happened through this pandemic is, it's really shown the depth of what you can notice right outside your door, no matter where you are."

"Vermont birders are so much cooler than birders elsewhere," Butler said. "They're just much more laid-back."

To help them identify birds, novices can download two free apps: the Merlin Bird ID by the Cornell Lab of Ornithology and the Audubon Bird Guide. Want to explore bird habitats outside your neighborhood, but don't know where to start? Just check out ebird.org, where birders log their most recent sightings, including the locations.

Both the National Audubon Society and its Vermont chapter are offering virtual events to help birders connect, including a virtual version of the annual Birdathon that lasts through May 25.

But the very easiest birding resource is the birds themselves. This time of year, you might see red-winged blackbirds flashing their scarlet feathers in the brush, ring-billed gulls gathering along the Lake Champlain waterfront, European starlings on every street corner and the ubiquitous springtime American robin.

The birds are everywhere. All you have to do is look.

The original print version of this article was headlined "Flocking Together | Birding is big right now, and Vermont birding communities are eager to help"