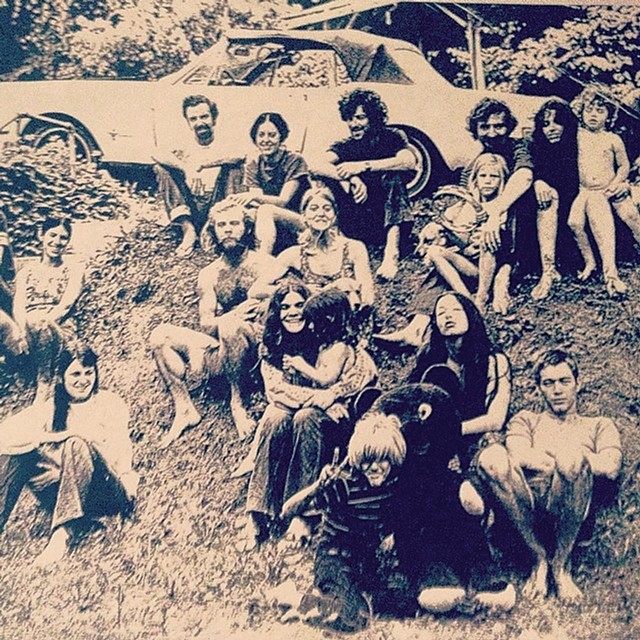 When most people think of communes, they envision shaggy hippies, psychedelic drugs and free-love free-for-alls. But according to Bridget Downey-Meyer, those stereotypes sell the idea — and, more importantly, the ideals of communal living — short.

"I want to dispel that myth," the 73-year-old Essex Junction resident said. "There was sex and drugs and rock and roll, but it was such a minuscule part of what we did there."

She would know. For three years in the early 1970s, Downey-Meyer lived on a commune at the Mt. Philo Inn in Charlotte. A short 1973 documentary film about that group, "Mt. Philo Commune," will screen this Sunday, March 31, at the Pizzagalli Center for Art and Education at Shelburne Museum. A Q&A session with Downey-Meyer will follow, as well as another documentary, "Peace Train to Beijing." The films are copresented by Shelburne Museum, the Vermont International Film Foundation and the Vermont Archive Movie Project, the last of which digitized and remastered "Mt. Philo Commune" in 2018.

According to Downey-Meyer, the 23-minute doc by filmmakers Robert Machover and Michael Singer captures an uncommon glimpse of commune life in Vermont during the era. Owing to fears of infiltration by police and federal agents among commune members in Vermont and elsewhere — many of whom authorities believed were dangerous political radicals — documentation of communes in the late '60s and early '70s was exceedingly rare. Few photos or writings exist, let alone films such as "Mt. Philo Commune."

"There was a lot of justified paranoia about letting outsiders in," Downey-Meyer explained.

Downey-Meyer came to the commune as a single mother juggling a full-time job with her work as an antiwar activist. Commune life, she said, offered a way to pool resources and work with others toward a larger goal — in this case, resisting the Vietnam War.

"We shared everything in every way," Downey-Meyer said of the commune. While membership fluctuated, at its height the group numbered between 30 and 40 adults and about 20 children. Many were conscientious objectors working in Burlington. Others might have been travelers passing through or draft resistors working to help others like them escape into Canada.

Downey-Meyer has worked with the Vermont Historical Society to document Vermont's 1970s counterculture movement. At the time, she said, there were more than 100 communes in the state, ranging from religious groups to artists' collectives to groups composed of back-to-the-landers or political radicals. While commune life was idealistic and sometimes idyllic, Downey-Meyer stressed that it wasn't all wavy gravy.

"Living on a commune requires much work and much concentration," she said. In a typical week, she would attend a women's meeting, a children's meeting and a general commune meeting, as well as participate in discussions of any other issues that cropped up.

"People have a picture of communes and hippies — if you want to call them that — as just lying around smoking dope," Downey-Meyer said. "There just wasn't a lot of that where I was." That's because, at least from her description, there wasn't time.

Downey-Meyer concedes that the soul-suffocating minutiae and organizational hierarchies of conventional living that she and her cohorts were escaping eventually crept into commune life. But she believes the philosophical beliefs that drove the group still resonate around the state more than four decades later.

Downey-Meyer left the commune in 1973 to work full time for the People's Health Clinic, which is now the Community Health Centers of Burlington. She later ran Chapin Orchard in Essex with her husband, with whom she had two children.

Currently a full-time volunteer for various local groups, Downey-Meyer pointed out that members of her commune and others helped found Vermont Legal Aid and numerous other community-oriented organizations. The lingering impact of communes on Vermonters' collective attitudes toward everything from sustainable agriculture and energy to progressive politics is well documented.

"I am the person I am because of the time I spent there," Downey-Meyer said. "I came out of there with a sense of purpose, with a much broader sense of myself as a woman in society, as a parent and as a worker.

"I believe still in living a more connected life rooted in community," she continued. "And that belief will never leave me."

The original print version of this article was headlined "Vintage Documentary 'Mt. Philo Commune' to Screen at Shelburne Museum"