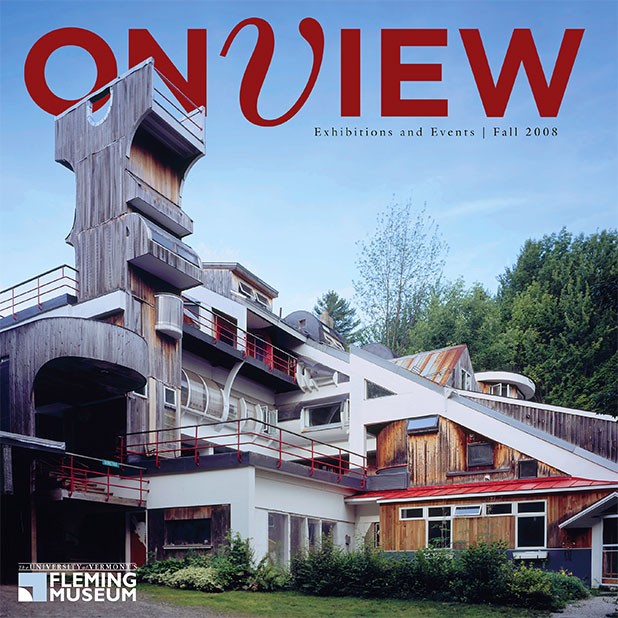 When season brochures and newsletters arrive from our favorite arts organizations, most of us look at the pictures and read what interests us, but we don’t necessarily think: Wow, what a beautiful brochure! Nope, we pretty much take these printed pieces for granted. And that must be a source of chagrin to the graphic designers who apply talent and many hours to make them attractive, readable, easy to navigate and typo-free.

Luckily, it is someone’s business to notice. In the case of the Fleming Museum, that someone is whoever runs the New England Museum Association’s annual design competition. The Fleming took first place for the second time for its newsletter “On View,” reports director Janie Cohen in her intro to the current edition.

Ironically, she explains, that winning design (last seen in the announcements of summer 2009 exhibits and programming) has fallen victim to the recession. “In these times of budgetary belt-tightening, it was necessary to trim our print budget,” Cohen writes, “and, although it’s hard to believe, the new design you hold in your hands represents significant savings for the Museum.”

Hard to believe, indeed. The new brochure, whose cover is filled with a sumptuous painting from ancient Egypt, is not likely to be seen as a step down. While the old design occupied one large piece of heavy-stock paper folded multiple times, this one is composed of three sheets of slightly lighter, 10.5-by-12-inch paper stapled in the middle and folded in half. In other words, it reads like a book. One improvement was to put all affiliated exhibit and programming information on the same page; the center spread holds a calendar-at-a-glance, and the final spread reiterates events, lectures and classes with a little more detail.

Who created the new look? “It was done in-house,” says marketing manager Chris Dissinger, who concedes after a little prodding that he was reponsible. Dissinger modestly calls himself “a graphic designer by necessity” and notes that the original, award-winning format was created by Michael Jordan of Ion Design in Burlington. But it seems likely that Dissinger’s former occupation as publisher of two daily newspapers in New Mexico helped train his eye. The newsletter “has gotten good feedback so far,” he says. Dissinger has been with the Fleming for four years.

Maybe this piece will win awards, too. Either way, with info on two Egypt-oriented exhibits and one show of contemporary Cuban book artists, “On View” holds the alluring promise of a new season at the museum.

The Fleming Museum, at UVM in Burlington, opens its new shows with a reception on Wednesday, October 14, at 5:30 p.m.