"Vie" is for Virtual

In Montréal, art movies give way to multiplexes and "Metaforia" 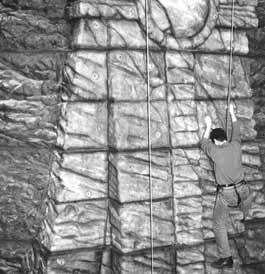 I suspect there are some advantages to living in a smaller community — such as the survival of places like the Ethan Allen Cinema, a.k.a. the “cheap seats.” On the other hand, things don’t change quite as rapidly as they do in big cities. Sure, downtown Burlington has its Old Navy and Williston has its Wal-Mart. But you, my American friends, are still missing out on the latest, coolest technology that Silicon Valley geeks have invented for our entertainment pleasure.

And no question, some of the newest advancements are pretty neat — for example, the new stadium-seating film megaplexes that are sprouting up all over Montréal. Even the most committed Luddite would have to admit that Hollywood spew is vastly improved when viewed on an enormous screen with perfect sight lines and state-of-the-art sound.

When the downtown Paramount Theater complex first opened its doors a couple years ago, I was so impressed with its cutting-edge technology that I went to see countless crappy films I’d have otherwise given a miss. No matter how lame or predictable the direction or plot may turn out to be, I reasoned, I could at least lose myself in the giant images up on the screen. That worked for a month or so — until I went to see The General’s Daughter and regained my senses. No matter how slick the presentation, shit is still shit.

But, hey, nobody is forcing me to go to the Paramount and pay a whopping $12 for the privilege of seeing the latest Stallone vehicle on the mega-screen, right? Or are they? Lately in Montréal, the older cinemas are getting closed down or bought out. Once you could see a flick for a mere $8 or less; now all of us suckers are forking it over to new bazillion-dollar megaplexes.

Less than two years ago, there were more than 20 screens downtown where you could see both Hollywood and foreign films on the cheap. Now there are three. And these, at the Place du Parc on Park Avenue, were just bought out by the art-house crowd who run the glitzy, but comparatively expensive, Ex-Centris theaters over on St-Laurent Blvd. So it’s only a matter of time before they, too, get renovated and ticket prices go up.

It’s a conspiracy, I tell you, to scam the movie-going public out of even more hard-earned dollars, while gradually offering fewer and fewer choices. Hopefully the developers will pay for it in Hell.

The most recent movie house to go down is the age-old Palace Theatre on Ste-Catherine. After being considerably compromised in the 1980s — when some genius decided it would be best to break down the old single-screen Art Deco design and transform it into a multiplex — it’s now been sold and transformed into a $30 million virtual-reality center called Metaforia. And as much as I’d like to condemn the bastards that took my beloved Palace and its $2.50 movies away, I have to admit that Metaforia looks like it’s going to be pretty nifty.

The pièce de resistance at Metaforia is a “virtual-reality adventure” called Oceania — a word which, if the PR people are to be believed, will soon be on the lips of fun-loving adventurers the world over. Designed, developed and funded exclusively by les Quebecois with Quebec — that is, public — money, the original Oceania prototype was the star attraction at Expo ’98 in Lisbon, and it reportedly makes the virtual-reality stuff at Disneyworld look like a vintage Pong game by comparison.

This digital miracle was originally scheduled to be up and running before Christmas, but some snags postponed Oceania’s grand unveiling until sometime this month. However, Terribly Important Media Person that I am, I’ve managed to get the inside scoop on what to expect.

Oceania is a 40-minute ride to “the secret world at the bottom of the ocean,” where the virtual adventurer is destined to encounter a series of “fascinating characters” and discover various underwater mysteries. This is all accomplished with the aid of an ultra-modern audio headset, the very latest in 3D computer graphics and some kind of contraption you wear on your chest that does something akin to virtually punching you every once in awhile. No kidding.

From what I could gather, most of the adventure is conducted aboard a virtual submarine that stops every now and again to let you discover each new and exciting world on the voyage. The occasional virtual creature may come out of nowhere, tap you on the shoulder and scare the shit out of you. Or, failing that, do its virtual darnedest to make you chuckle. Just imagine the virtual monster wit!

The price of admission ranges from $16 to $20 for adults, $12 to $15 for students and seniors, and $10 to $13 for children. But that’s just for the Oceania adventure. There’s no entrance fee to walk in and check out the 10-meter rock-climbing wall, the virtual golf center or the 10 billion video games that line the place.

Once Oceania is open and kink-free — which might even be by the time you read this — Metaforia is going to be one ass-kicking novelty, and possibly the most popular entertainment complex in the city. That is, until the final renovations are done on what used to be the Montréal Forum — what used to be the goddamn home of hockey — and the even newer virtual-reality technology is installed in the upcoming entertainment complex they’re launching over there. Out with the old, in with the new, I guess.