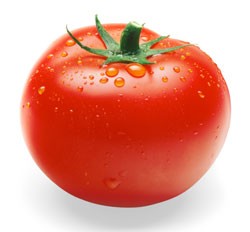 When Kim Thomas, single mother of one, works in her tiny garden, neighbors often swing by to pay her compliments. “I’ve had people stop me as I’m watering or weeding to say it looks wonderful,” she says. “I’ve had kids come over and ask me about it.”

Her own 3-year-old son is a big fan, too. “He thinks it’s so exciting to pick a lettuce sprout and eat it,” Thomas says. “He’s fascinated by all kinds of growing things.”

But unless something changes, Thomas’ garden, currently lush with peas, onions, celery and cherry-tomato plants, will be gone on June 20. Located in a common area of the New North End’s Northgate Apartments — owned by Massachusetts-based Maloney Properties Inc. — her plants, along with others in similar courtyards around the property, are slated for removal.

Why? According to Northgate Community Builder Abigail Russell, residents have their own backyards where they can grow flowers or vegetables. Although gardening in the courtyards is not explicitly prohibited, leaving personal items in the shared spaces is. It’s common sense, she implies, to conclude that patches of lawn aren’t intended to be tilled and turned into individual gardens.

But, Russell admits, nobody wants Northgate residents, many of whom are low income and qualify for Section 8 housing, to lose the opportunity to grow their own food. When it’s time to move the gardens out of the common space, she says, AmeriCorps volunteers will be on hand to help with transplants. Northgate has also worked with the community garden at Starr Farm to offer $10 plots to residents. In the future, the complex may create its own community garden.

But Thomas, whose own backyard area is too shady to sustain sun-loving plants such as tomatoes and peppers, isn’t optimistic about either solution. “Moving a garden in June just doesn’t make sense,” she suggests. “Not much is going to transplant well at this point.” Plus, she says, if residents have to head off site to Starr Farm, neighbors may not be as inclined to help each other weed or share surplus veggies — diluting the community spirit she says Northgate claims to cultivate.

Thomas’ hope? That the gardens will be given a pass till the end of the season, and a new policy enforced starting next year. She plans to present her proposal to the board at a community meeting on June 15, with a supportive letter signed by an expert from the University of Vermont Extension and by Jim Flint of Friends of Burlington Gardens.

Since she is one of Northgate’s low-income residents, Thomas says worrying about the fate of her vegetables has been “really traumatic.” “There’s money invested in them, in the plants, and in the compost,” she says. “It makes sense to have gardens for financial reasons and for community reasons.”