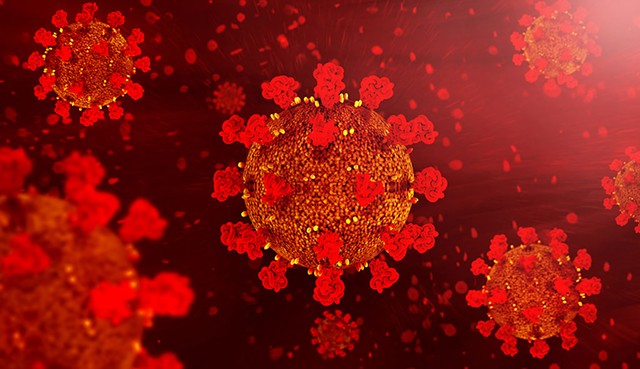 Last week brought a flurry of good news in Vermont's fight against the coronavirus. Gov. Phil Scott announced that the state's vaccine supply was on the rise and laid out a road map for vaccinating the rest of the population by the end of June. He echoed President Joe Biden's prediction that life should return to relative normalcy around the Fourth of July, in time to avoid another lost summer.

But despite the new optimism, Vermont finds itself in a precarious position heading into what everyone hopes is the final stretch of the pandemic.

Most of the state's population is still unvaccinated, and the emergence of more infectious virus variants threatens to increase already worrisome daily case counts. Meanwhile, some experts fear that Scott's decision to begin loosening restrictions — or turning the spigot, as he puts it — meant to curb the virus' spread will instill a false sense of security and encourage risky behaviors.

"There's been this discourse that we're really focused on death, and once we're done vaccinating those populations, we'll be able to relax restrictions and pursue other goals," said Anne Sosin, a policy fellow at the Nelson A. Rockefeller Center at Dartmouth College. "There's a real danger in that approach. It's not in our interest to have more people infected with this illness."

Rates of infection have plummeted nationwide since peaking in January, but the Northeast has been an outlier to that trend, with daily caseloads in a handful of states still stubbornly high.

That includes Vermont: After a winter spike, the state's infection rate has plateaued at a level far higher than what it was most of last year. Some 125 people have been infected daily on average since January 1 — resulting in more than 10,000 new cases. The state is now reporting that for every 100,000 residents, roughly 19 have been infected daily within the last week, which is higher than the national rate, according to a New York Times database.

Health experts offer several possible explanations for this trend, starting with Vermont's overall success in controlling the virus, especially in the early months. "We have lower natural immunity in Vermont because we've had fewer infections and lower infection rates than many other states," said Dr. Patsy Kelso, the state epidemiologist. "More of our population is still susceptible and needs to get the vaccine so that we can get enough immunity in our communities to stop the spread."

A second contributing factor is Vermont's population compared to that of other states; smaller outbreaks here represent much larger blips on the radar, according to Dr. Tim Lahey, an infectious disease specialist at the University of Vermont Medical Center. He pointed to the Northern State Correctional Facility in Newport, where a recent outbreak has led to more than 175 cases. "That can really alter the graph of cases here," he said, "whereas a couple hundred cases in New York City wouldn't even be visible."

Neither Kelso nor Lahey thought state decisions have played a major role in the continued prevalence of cases in Vermont. But Sosin feels the Scott administration shoulders some blame.

"The more you can put your vaccine into really high-risk groups, the more you bring your overall cases down," she said. "Because we have not prioritized those who are at highest risk of infection, we should not expect vaccinations to have a measurable impact on transmission for some time to come."

"Nobody's going to know, until we're looking in retrospect, what exactly the right balancing act was." Dr. Tim Lahey tweet this

Eighteen percent of Vermont's adult population has been fully immunized so far, while 33 percent has received at least one dose of vaccine. State officials have repeatedly said their chief obligation is to preserve life, which is why they have given priority to vaccinating the people most likely to die from the virus: the elderly and those with chronic conditions. Sosin does not dispute the importance of this goal and says she supported the decision to place long-term care facilities — where 60 percent of deaths have occurred — at the front of the line.

But she argues that the vaccination strategy has suffered from tunnel vision since that point, with its focus so heavily on preventing death that it failed to stem sources of transmission and therefore allowed the virus to spread more than it otherwise would have.

She believes the state should also be vaccinating frontline workers, prison inmates and other high-risk groups that cannot easily isolate themselves.

"Infection is primarily driven by needs that are unmet — by people needing to be places, rather than what their desires are," she said.

One incentive for keeping case counts low is that the long-term effects of COVID-19 are still largely unknown. Experts are still trying to figure out why certain people suffer from lingering symptoms and in what percentage of cases this occurs. A December workshop held by the National Institutes of Health suggested that anywhere from 10 to 30 percent of infected people go on to become so-called long-haulers. While some have seen their symptoms disappear after they are vaccinated, many haven't.

Based on that estimate, Vermont could have anywhere from 70 to 210 new instances of long-haul COVID-19 over the next week alone should daily infection rates continue at the current level. And if the trajectory held firm for, say, two months, the total could reach as high as 1,800 new long-haul cases.

"Time does matter," Sosin said of vaccinating high-risk groups, "even if it's just a few weeks."

State officials agree that the faster people get vaccinated, the better. But they maintain that the best way to speed up the process is to keep it simple, using age as a qualifier. They say this system poses the fewest logistical challenges and will cover the entire population quicker than any other approach.

And while they share concerns about daily infection rates, they say this figure alone fails to capture the trajectory of the pandemic in Vermont. They note that deaths and hospitalizations are on the decline and say that infections will drop in the coming weeks as more people get vaccinated.

Yet the race between the virus and the vaccine has taken on added urgency this month after Vermont confirmed the presence of two new, more contagious variants within its borders: B.1.1.7, which originated in the United Kingdom, and B.1.429, which was first identified in California. These and several other variants have scorched the U.S. in recent weeks, stoking fears of an 11th-hour surge and prompting national health experts to caution states against reopening too quickly.

Some governors have ignored those pleas and instead revoked mask mandates and blasted open the economy to nearly pre-pandemic levels. Scott has taken a more conservative approach, moving to allow two unvaccinated households to gather at a time and permitting bars and social clubs to reopen.

Sosin, the Dartmouth researcher, said even these limited rollbacks will increase transmissions as a result of both the activities themselves and the message they send to the population: "that we're in a better place than we actually are." She felt the moves were premature and said it was a "critical moment for us to stay the course."

State officials were raising the same alarms when case counts were similarly high late last year. But now that those most likely to die have been vaccinated, Scott seems to believe that the daily infection rate is no longer a sufficient reason to keep the state locked down.

"We're just going to have to get a little bit more accustomed to [the fact that] there's going to be some positive cases," he said last Friday. "It's a fact of life."

For Lahey, the UVM Medical Center infectious disease specialist, the vaccine has thrust the debate over restrictions into a new "gray area." Not only must officials weigh the risks of transmission against the well-known "toxic" ramifications of isolation, they must also consider people's willingness to adhere to the rules when lives aren't hanging in the balance.

"How many restrictions would our society tolerate if it was to protect people from having 'long COVID,' which is usually not debilitating but can be really uncomfortable for a long time? I don't know," Lahey said. "It's much easier to think about death and hospitalization as [what we're] protecting our neighbors from."

He said he personally wouldn't engage in any of the recently green-lit behaviors. But he didn't take issue with them, either, so long as the state keeps a close eye on whether they lead to more hospitalizations or a massive spike in cases. He said he viewed the moves as Scott "feeling out where the risk envelope is."

He then likened Scott's job to that of an emergency room doctor caring for someone with heart failure. Doctors have no way of knowing exactly what dose or mixture of medicine will work best, Lahey said, so they must try a dose and see how it works, then adjust until the patient feels better.

"I think that is the game the governor is playing at the level of the state," he said. "You try your best to balance the side effects and the good effects of the drug, and then you see what happens."

State officials have made difficult choices throughout the pandemic. The margin of error feels even slimmer now that the end is in sight, with each step carrying the potential to give either the virus or the vaccine the upper hand.

"And nobody's going to know," said Lahey, "until we're looking in retrospect, what exactly the right balancing act was."