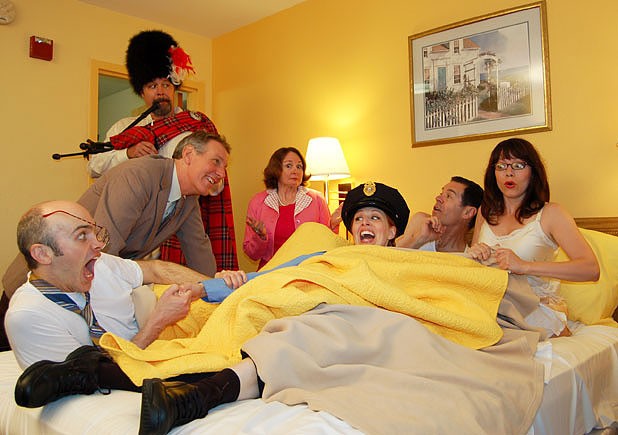 We’re conditioned to think of the performing-arts “season” as fall through spring, but summer is when many of the state’s stages come alive. (Indeed, some of them are unheated and don’t thaw out until June.) Professional thespians from urban areas flock to Vermont for summer-stock theater, while plenty of locals forgo hot-weather indolence for a chance to act out under bright lights.

The rest of us, meanwhile, just like to watch. Frothy musicals, Shakespearean drama, edgy contemporary fare — bring it all on. On a warm summer night, there’s nothing quite like a cool, darkened theater and the thrill of live performance. Or a picnic before the show in a rennovated barn.

What follows is a synopsis of Vermont theater productions scheduled for the next few months of which we’re currently aware. (Apologies to anyone we’ve missed.) Other shows will surely crop up, so keep an eye on the Seven Days events calendar.

OF INTEREST: 61-year-old community theater; based in a historic opera house

OF INTEREST: In 25th year; named one of the best regional theater companies by NYC Drama League; theater camps for kids; production of Annie Jr. August 16 and 17

OF INTEREST: Resident company; Carnage by Yasmina Reza was a 2009 Tony winner

OF INTEREST: Four area theater companies were invited to THT for three to five shows.

WHERE: Off Center for the Dramatic Arts, Burlington

OF INTEREST: An original work conceived by Stephen Goldberg, staged by Allan Nicholls; billed as “not a play, more like a happening”

WORKS: Fiddler on the Roof; Tuesdays With Morrie; Rumors; Shout: the mod musical

OF INTEREST: Actors’ Equity theater; named one of the best regional theater companies in America by NYC Drama League; features Junior Theater Season: How I Became a Pirate (July 19 to 21) and Freckleface Strawberry (August 2 to 4)

WHEN: August 1 to 18 (also July 25 to 28 in Middlebury; see Midsummer Nights Theater Festival)

WORKS: Nine; Hair; The Drowsy Chaperone; The Pirates of Penzance

WHERE: Burlington and North Hero

OF INTEREST: Outdoor performances; workshop with founders John Nagle and Jena Necrason at Flynn Center for the Performing Arts: “Underneath the Mask” (August 13)

OF INTEREST: One play, three directors and three casts add up to VSC’s second annual dissection of directors’ methods. (In residence at the Flynn, VSC’s season is fall through spring; the Bake Off is its only summer production.)

WORKS: Princess Ida; The Abduction From the Seraglio; The Merchant of Venice; Heartbreak House; Present Laughter; Juno and the Paycock; The Birthday Party; Don Juan in Hell