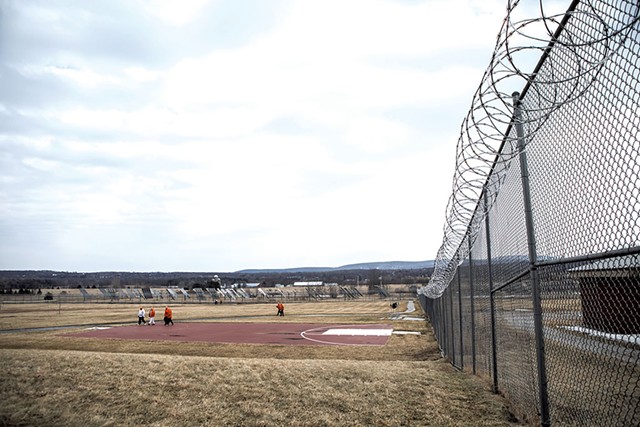 The Vermont Department of Corrections reopened all prisons to visitors on Wednesday, more than two years after barring the door at most facilities as part of strict measures meant to prevent outbreaks of COVID-19.

The prisons also resumed in-person programming such as classes and services for inmates. Further, new prisoners will no longer quarantine alone for two weeks before joining the general population, the DOC announced. That precaution will end on April 18.


Several Vermont prisoners have died while in the quarantine cells, including a 29-year-old who died by suicide earlier this month at the Northeast Correctional Complex in St. Johnsbury. Another person detained at the St. Johnsbury prison killed himself in December 2020. And another inmate died January 1 of an accidental overdose at Northern State Correctional Facility while in quarantine following an outside medical appointment.

Related Hard Time: Vermont Hasn't Lost a Single Prisoner to COVID-19. But at What Cost?

Hard Time: Vermont Hasn't Lost a Single Prisoner to COVID-19. But at What Cost?
By Derek Brouwer
Crime
The department noted that Vermont is the only state that has lost no inmates or staff to COVID-19. But "that came at a cost to the mental and emotional well-being of our staff and our incarcerated population,” Commissioner Nicholas Deml said in a written statement announcing the changes.

“While we know the virus entered our facilities from the outside, we also know that many positive things come from the outside: family, friends, programming, education, and support services," Deml said. "We are relieved to finally ease the burden on our staff and increase the resources and sources of health and wellness for those in our care.”

The department will continue to isolate prisoners who test positive for COVID-19. Nearly 1,000 people imprisoned in Vermont have been infected with the virus since the pandemic began, according to department data.