Vermont's Drive-Ins: And Then There Were Three 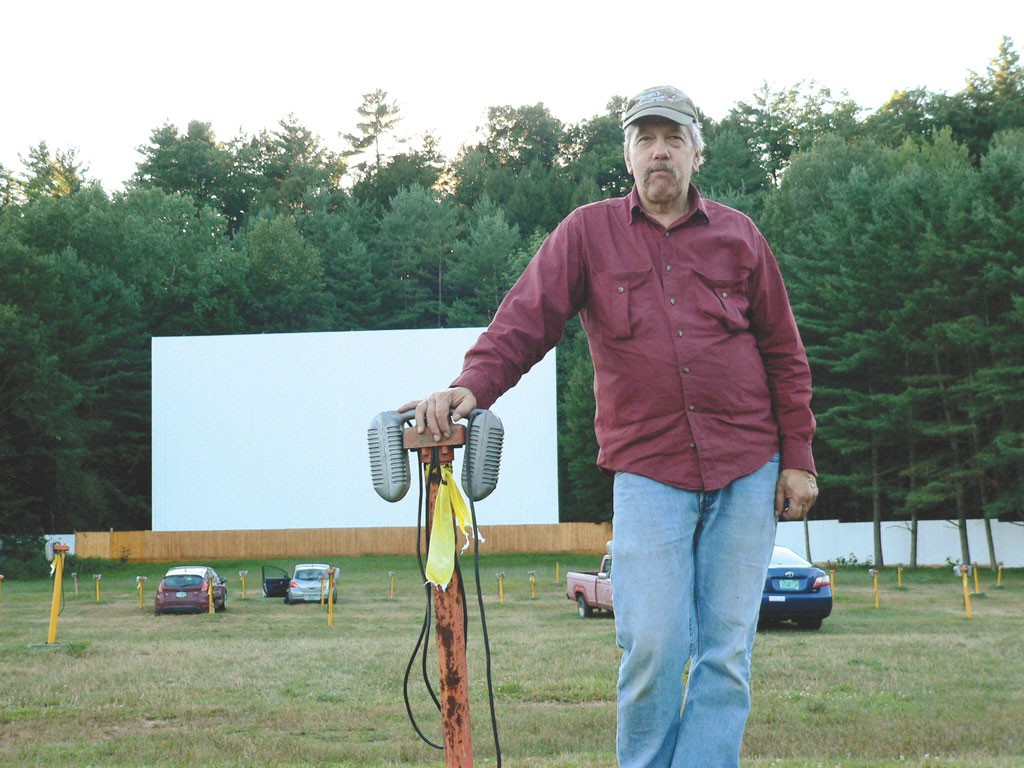 In our 2014 Summer Preview issue (May 21), staff writer Ken Picard asked, "Is the Curtain Rising or Falling on Vermont's Drive-Ins?" The owners of Vermont's four drive-in movie theaters faced three choices, he wrote: convert to digital projection (at approximately $80,000 per screen), gamble on the continued availability of 35mm film prints, or close.

With major Hollywood studios announcing the phaseout of film, the owners of the state's indoor theaters have already bitten the bullet and gone digital. But it's an even bigger commitment for drive-ins, which are seasonal businesses with erratic attendance. "You need good weather with a great movie," says Peter Trapp of the Fairlee Motel & Drive-In Theater. "It's the luck of the draw."

Since Picard's report, Vermont has lost one outdoor movie option. As the St. Albans Messenger reported in July, that town's 66-year-old drive-in "has seen its last picture show."

Meanwhile, Adam Gerhard and Regina Franz, the New Hampshire couple who were in the process of converting Bethel's tiny Randall Drive-In, report that the property's owner has declined to renew their seasonal lease. In early October, Gerhard says in a phone interview, they received a letter asking them to vacate, taking their lease-to-own digital projector with them.

It's a blow to the pair, who had done "a lot of renovations" at the drive-in, says Franz, including repairing and painting the screen and overhauling the concessions. In May, their Kickstarter campaign for a digital projector raised about $22,000 — enough for a down payment.

"We really did get community support behind us," says Gerhard. He notes that the 140-car theater had four sold-out nights in 2013 — rare in recent decades. On the Randalls' Facebook page, the couple's announcement that they would not return drew more than 50 comments lamenting the loss. Many noted that the drive-in would have difficulty surviving in coming years without digital projection.

Although Gerhard and Franz had recently purchased new 35mm equipment, the switch to digital became imperative when "we had a hard time getting film this past season," says Gerhard. They changed over in the third week of June.

Some people inherit drive-ins; others, like Trapp, get into the business because of fond childhood memories of outdoor cinema. Gerhard and Franz don't have those, they say. "But once we started going [to drive-ins] as patrons, we became very involved with them," Gerhard says, "and we thought, How about running one?" To operate the Randall on weekends, they commuted more than 100 miles from Newmarket, N.H., where Gerhard works as a web developer.

"Now I'm the one making payments on this projector," Gerhard says ruefully. "We've been looking for other drive-ins or even land to build our own. We've been contacted by a few drive-ins much further away."

Their preference, they say, would be to continue running the Randall. At press time, owner Scott Corse had not responded to requests for comment on his plans for the property.

"We want the Randall to survive regardless of who runs it," Gerhard says. "We wish [Corse] the best of luck, even if we can't be there."

In Colchester, Handy is busy running the Starlight Inn, the year-round, movie-themed motel that he opened in May next to his Sunset Drive-In. He says he has no intention of closing the theater, which his family has owned since 1948. But when it comes to digital conversion, Handy adds, "We want to wait. We're going to feel it out." That could mean converting one projector for the coming season.

"We're in denial about this digital thing," Handy says with a hearty laugh. Studios, he points out, "have been saying for years that this is the last year of film. It hasn't happened yet."

Case in point: Last summer, a 35mm print of Marvel's Guardians of the Galaxy "had tremendous legs for us," Handy says. In the fall, when new prints became harder to obtain, the drive-in "picked up the slack" with retro programming. Cars lined up for Steven Spielberg's E.T. the Exrta-Terrestrial (1982), which "behaved like a first-run feature for this time of year," Handy says. He promises more classic flicks next year, though "not as a steady diet."

Down in Fairlee, Trapp joins other theater owners in lamenting a slow year for the film business and increased competition from "people downloading the movies." His digital equipment isn't cheap — a successful May Kickstarter contributed $38,000 — and it came with a "learning curve," he says. But once Trapp figured out how to stop burning out bulbs prematurely, he was happy with the "brighter picture" and "crisper" sound. "It's like night and day," he says.

While new technology keeps drive-ins alive, the key to their future may lie in their power to evoke the past. Retro diner chain Johnny Rockets recently announced a partnership with USA Drive-Ins, an Indiana company with plans to open a whopping 200 new drive-ins by 2018. Bloomberg Businessweek suggested in October that drive-ins have become a "relic of Americana," just like Johnny Rockets' décor.

And that's a selling point. "For families and groups in the summer, it's the nostalgia that drives the drive-in," Trapp says.

But if Vermonters want the option of movies under the stars, they'd better exercise it. "If you have a local drive-in, you really need to attend it," Trapp says. With three theaters left, that's a hard message to ignore.