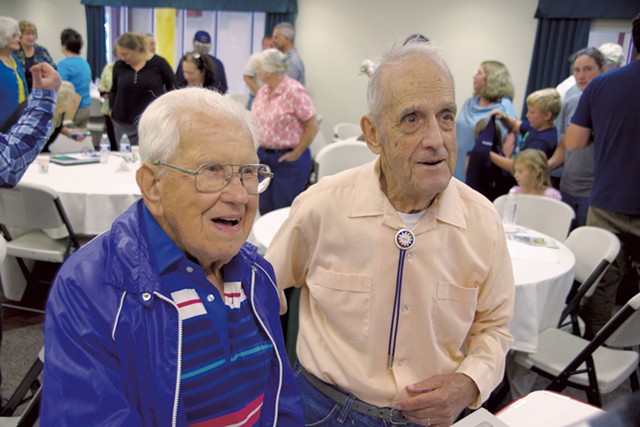 The Green Mountain State doesn't have any major-league sports teams — sorry, Vermont Lake Monsters — but it is home to a hall of fame.

The photographs of more than 70 members of Vermont's Agricultural Hall of Fame hang inside the entranceway to the Robert E. Miller building at the Champlain Valley Exposition in Essex Junction.

And last week, the hall's committee chose five farmers — Ray and Pam Allen of South Hero, Claude Bourbeau of St. Albans, and Rupert and Muriel Chamberlin of Barton — to be inducted as the class of 2017.

"It was quite a good feeling to know some folks out there think we deserve it," Ray Allen, the owner of Allenholm Farm apple orchard, told Seven Days. "We've always both been supportive of agriculture — we like to think we have, anyway — and apparently some other people think so, too."

"Agriculture is changing so fast in so many different ways ... But the bedrock of it all has been those who came before," Folsom said. "The farmers who are being inducted into the hall never started out with that in mind. They wanted to be farmers, they wanted to be stewards of the earth and the animals, and they just wanted to be good at what they did."

The original print version of this article was headlined "Agrimarkable Bunch"