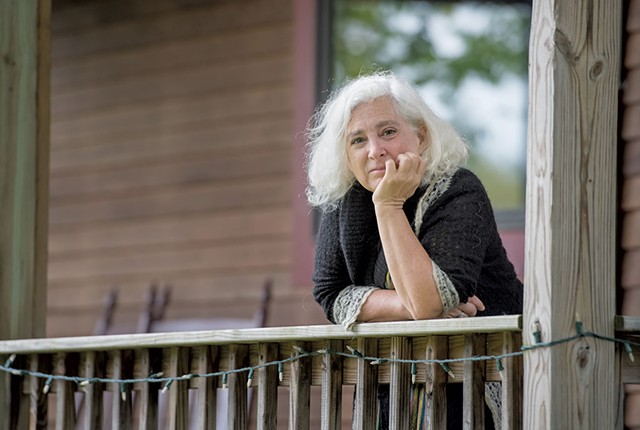 In 2020, as COVID-19 shuttered businesses and forced millions out of work, the federal government flooded states with funds to set up new unemployment programs. Now, a year after one of those programs expired in Vermont, the state is asking recipients to prove that they qualified.

Roughly 17,000 Vermonters who enrolled in the Pandemic Unemployment Assistance program did not submit documents the state now says it needs to verify their work history. The Vermont Department of Labor has spent more than six months trying to collect the federally mandated paperwork and has only made it through about a third of the backlog. It now expects the effort to spill into next year.

I submitted everything I was asked for. I don't think I would have gotten [the benefits] if I hadn't. Carol Greenhouse tweet this

The postmortem is the consequence of Vermont's decision to continue relying on the honor system even after the federal government called for a stronger vetting of claims in an effort to prevent fraud.

State officials say the review will help catch fraudsters and protect Vermont from potential federal punishment. But it has also led to confusion and anxiety among the many people receiving the requests, who must gather months-old documents, emails and text messages to help prove their case. Those who fail to convince the department could be asked to pay back thousands of dollars.

"Our goal here is to not be punitive," said Cameron Wood, director of the state labor department's unemployment insurance division. "Our goal is to make sure we're complying with requirements that the [U.S. Department of Labor] has put on us ... so that we don't get into any punitive situation."

The Pandemic Unemployment Assistance program was established in the spring of 2020 to support people who lost income because of COVID-19 and did not qualify for traditional unemployment. These included farmers, gig workers, part-timers and the self-employed.

Almost anyone who lost wages because of COVID-19 qualified: those who had to care for a sick family member, who had to stay home to watch their children during school shutdowns or whose households lost income because of a COVID-19-related death. Even people who quit jobs over health concerns or had a job offer rescinded because of the virus were eligible.

The federal government left administering the program to the states, which had to create separate unemployment systems to process the flood of new claims.

Applicants were initially trusted to self-certify their employment before COVID-19 hit. But reports of rampant fraud brought more federal scrutiny, and beginning in 2021, states were told to start verifying that people actually had work to lose.

Some states started to mandate the paperwork up front and cut off people who failed to submit it. Vermont, however, did not. The state notified people through an online portal that they needed to provide the additional information about their work history — but did not make the submissions mandatory, instead maintaining the honor system right up until the program expired in September 2021.

The decision was made while the labor department was under heavy scrutiny for its inability to keep pace with a deluge of unemployment claims. Staffing and technology issues delayed initial payments to many, while those deemed to have been wrongly paid often waited months for appeal hearings, leading to a class-action lawsuit from Vermont Legal Aid. Meanwhile, a mailing mishap in early 2021 sent thousands of people the wrong 1099 tax forms, exposing Social Security numbers and other personal information.

"Given everything that was going on [last year], we didn't want to shut people's benefits off simply because they weren't able to get us information," Wood said.

Some people sent in the necessary documentation when the program was up and running, as that was the only way to get more than the minimum payment. But thousands of others did not, and a year later, the state is still trying to get its hands on everything the feds want.

A team of 11 state employees has been reaching out to people in batches to avoid overwhelming the department with phone calls.

Many people haven't responded to the department's requests, Wood said, and those who do often don't understand what they're being asked to provide.

Even the department itself can't easily define what it needs; what counts as proof of employment can depend on the type of work someone does. For some, it can be as simple as submitting a pay stub or a business license, but others — say, a musician who lost paying gigs because of bar closures — may need to get creative.

State employees can sound like amateur defense attorneys as they try to help people clear this murky burden of proof. Some claimants are instructed to write up an account of their work loss and are encouraged to attach any documents that might support their narrative — from affidavits signed by friends and family to emails and text messages concerning shutdowns and work closures.

"We work with people as long as necessary to help them get the information they need," Wood said.

For some people, though, proving employment is only the first hurdle.

As they review case files, staffers sometimes come across information that leads them to ask more probing questions about someone's job loss and why that person was not able to return to work sooner. They might wonder why a COVID-19 diagnosis kept someone out a job for nine months, for instance, or why someone did not return to work after their place of employment reopened.

"It's really going to depend on the facts of the case," Wood said.

People who can't satisfy the department's requests, or who ignore them altogether, are sent into "overpayment," a designation that means the state believes it shouldn't have paid someone and wants its money back. The labor department can choose to waive debts when claimants are not at fault, but it demands repayments from those deemed to have purposefully misrepresented their situation.

Wood confirmed that some people have been sent into overpayment because of the review but said he didn't know how many; he hoped to compile that information "in the coming months."

Vermont's labor department has already faced heat from the feds over its handling of unemployment claims during the pandemic. The state relaxed some key eligibility requirements for its traditional unemployment system to help get money out the door amid delays in the early COVID-19 shutdowns. It stopped checking whether people had refused a job offer before filing a claim and whether they were ready and able to work.

The U.S. Department of Labor caught on in the spring of 2021 and demanded that Vermont re-adjudicate thousands of claims or risk losing access to several federal pandemic benefit programs. Vermont officials pushed back on the directive, saying it would further strain the already overburdened state unemployment system and put thousands of workers' benefits at risk.

The feds haven't pressed the issue further. But the Biden administration appears determined to recoup some of the hundreds of billions of dollars believed to have been fraudulently siphoned out of various pandemic programs over the past two years. President Joe Biden signed bills last month extending the statute of limitations for some pandemic-related fraud from five years to 10.

"My message to those cheats out there is this: You can't hide. We're going to find you," he said during the signing at the White House.

Among the Vermonters now trying to convince the state that they were rightfully paid is Carol Greenhouse, a 59-year-old Huntington resident who enrolled in the Pandemic Unemployment Assistance program in April 2020.

Greenhouse was juggling freelance gigs — copyediting for an entrepreneur magazine and grant writing for a North Carolina nonprofit — when COVID-19's arrival spurred both companies to stop sending her work. She informed the labor department through an online sign-up form that she'd lost her work because of the pandemic and collected payments for most of the next 18 months, until the program ended last September.

The first time Greenhouse heard she needed to submit anything more, she said, was when a state employee contacted her two weeks ago. She initially thought it was a scam and questioned why the labor department was requesting more documents so long after the program ended.

"I submitted everything I was asked for," she added. "I don't think I would have gotten [the benefits] if I hadn't."

A call to the labor commissioner's office eventually convinced her it was for real. Greenhouse is now trying to collect what the department needs and believes she will be able to defend her case. But the thought that she could be asked to pay back more than $20,000 still weighs on her.

"What would I do then?" she asked.