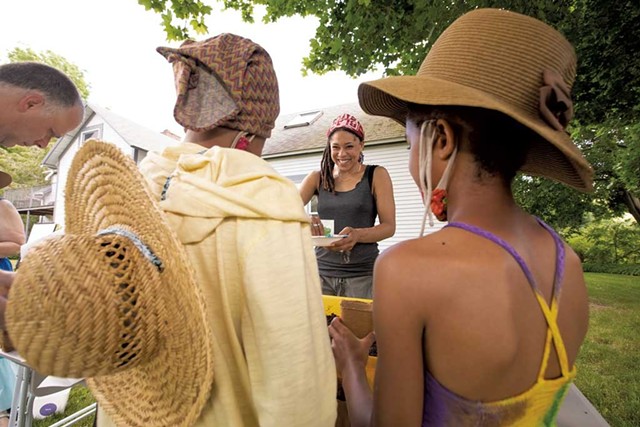 Burlington resident Kia'Rae Hanron is a teacher, artist, poet, activist and the K-12 learning advisor at Clemmons Family Farm in Charlotte. At 25, she's helping to write a curriculum for the farm's online learning platform. Called Windows to a Multicultural World, it will teach African American and African Diaspora history through arts engagement.

Black artists and educators are writing and implementing it, and a portion of it will be available during the 2021-2022 school year. Hanron, who is biracial, grew up in Montpelier and was among only a handful of other students of color throughout her years of schooling. Hanron did not have her first Black teacher until she started college at the University of Vermont, from which she graduated in 2020 with a degree in art education. What follows are distilled quotes from our wide-ranging conversation.

On growing up in Montpelier:

My mom was diagnosed with chronic fatigue syndrome when I was 2 years old, so we relied on a lot of community support. I didn't have my first Black hairdresser until my freshman year of high school. My mom is white, and [my dad] lived out of state, so it really was just me and my mom. We're very close, and, God bless her, she tried her best, but we talk all the time about how she did not do my hair justice [laughing]. Hair has always been a thing. I was always straightening it until it burned to a crisp. The smell of my hair burning would wake my mom up in the morning.

On Hanron's early experiences with racism: 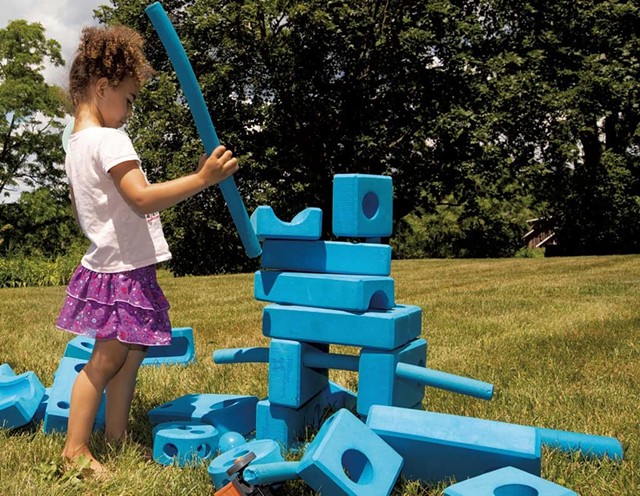 I really don't think I became super aware of my race until middle school. And then once I became aware of it, I suddenly was, like, Was all the bullying I experienced in elementary school because I'm Black or because I'm weird? In sixth grade I was playing on the playground, and this girl called me the N-word, but she said it casually in conversation. I don't know if she got in any other trouble aside from just getting a talking to. The second time was also in middle school. It was a dead-end hallway, and she literally pins me against the locker and calls me a dirty N-word.

In my poem that I perform for the farm now, I talk about that instance and how the school responded, but it was too casual. Without the exposure to Black people, nobody in the school system knew how to respond.

On the teacher who inspired her: 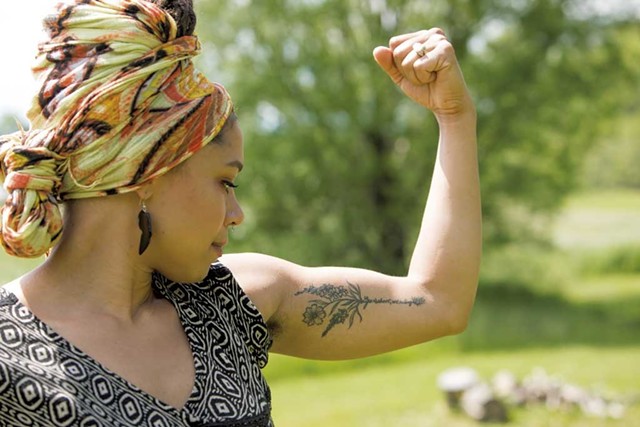 When I got to high school, I met my art teacher, Barbara Austin Hutchins, who is my absolute idol. She's who I aim to be with everything I teach. She passed away a few years ago, and I have a tattoo inspired by her. It says, "Life is short. Art is long."

On starting college at the University of Vermont:

Being in Burlington, I found myself in the presence of a lot more Black people, and it's not even that many, but that just shows how scarce it was in Montpelier. I felt so much more connected to being Black.

My freshman year of college, I learned my dad had terminal cancer. The following summer, he passed away. There was a lot going on with my mental health, with my family. I decided to take a medical leave of absence spring semester my second year. I got an assessment on my depression so I had some validation.

I love my dreadlocks because of what they represent and the time in which I got them. To reset my hair felt like I was resetting my identity, as well. Dreadlocks hold some of your life's energy in them. They go through this process where they naturally change. Over time, part of it will break off. It's like I'm shedding that energy. The symbolism of that is so beautiful to me. We have so much to learn from our history. There's a lot of value in taking some of it with us, and there's a lot of value in letting some of it go.

On what it's like to have become the very person she once needed:

It's such a personal connection to me to be working through my identity as I'm developing a curriculum that's based off of hard history but also centered around finding joy and resilience in the history, and seeing how that aligns with my own history.

I'm mentoring a biracial high school student from the Montpelier-Berlin area, and they are such an incredible artist. The way they're moving through their identity and using art to do so, I was, like, I wish I had someone like me when I was their age! I was the first Black role model that they'd had. Another student I taught during an art engagement came out to their whole class as biracial. For three years it had gone unsaid. For the first time after watching my poem they finally addressed their identity as a biracial student.

I end my poem "Black Teachers Matter: A Poem to Check My Own Privilege" by saying I am now what no one was. That's why this is a dream job.

Learn about bringing Windows to a Multicultural World into your classroom at clemmonsfamilyfarm.org. See Kia'Rae's art at kiaraebrynn.wixsite.com/kia-rae-brynn.