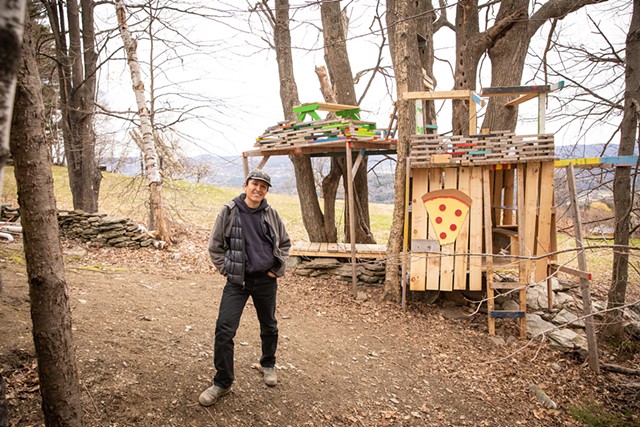 Many kids like to ride roller coasters, but would you trust them to build one?

Eddie Merma would. The intrepid artist runs the Sculpture School on Knoll Farm in Waitsfield, where he works with roughly 200 kids ages 8 to 16 each year. He teaches them to use power tools and their imaginations to create everything from plastic-bottle boats to a Fourth of July parade float to an operational, 200-foot roller coaster out of recycled materials.

Merma got interested in education after graduating from Columbia College Chicago. Fluent in both Spanish and English, he spent time as a caseworker running art lessons in a program for kids at risk of dropping out or being expelled from school. During that time, Merma learned that large-scale, hands-on creative work can have a transformative impact on young people.

In 2013, he moved to Waitsfield to work on Knoll Farm as a farm assistant alongside farmers Peter Forbes and Helen Whybrow. The idea for the Sculpture School took root after Merma set up his art studio in an underused storage shed and began collaborating on projects with the farmers' then-8-year-old daughter, Wren Fortunoff; she'll graduate from high school this year.

Given the hands-on nature of the Sculpture School, Merma devotes the first day of each session to safety. In eight years, he said, he's never had any injuries beyond bee stings, splinters and minor scrapes. Then the kids get to work. "We're collaborating together where they're the makers," he said. "I'm like the assistant."

Though his summer programs are currently full, Merma will post fall offerings in July. Read on to learn what inspired him to create the Sculpture School, which he calls "a skate park for makers." 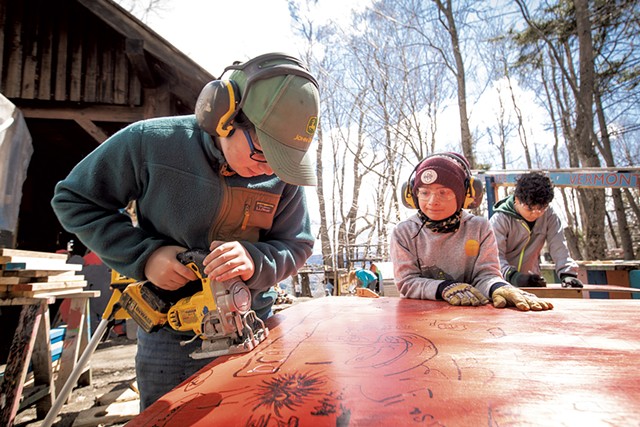 My dad's from Peru. My mom's from Guatemala, and they met in Chicago, where I was born. Traveling to those countries when I was a kid and seeing how kids played there — as a child, I was like, Oh, that's crazy that they're using this trash as a toy. But I saw how much enjoyment they got out of it. If you're coming from a place of scarcity, I think that's where innovation really picks up.

On tinkering in the garage with his dad:

He was just a do-it-yourself kind of person. As an immigrant, I think you really have to troubleshoot yourself, especially if you don't know the language. You really have to figure things out. My dad's a problem solver. He has that mentality of, There's always a solution. He instilled that in me.

As a kid, skateboarding was the biggest thing in my life. There was no skate park in my town, so we wanted to make skate ramps. The fact that my dad was making these toy ramps with me that could potentially break my leg or my ankle — it's a huge risk. But as a parent, if you can give that trust to your child, see what they're interested in, help them lean in to it, let them take those risks and find their boundaries themselves — I think that's huge.

That's how I treat this place. I think of it as a skate park for makers, for creativity, where kids can come and they make their own choices. There's adults. We're watching. We're monitoring. There's teenagers that come and help me. My role is not necessarily to tell them no but to ask how. 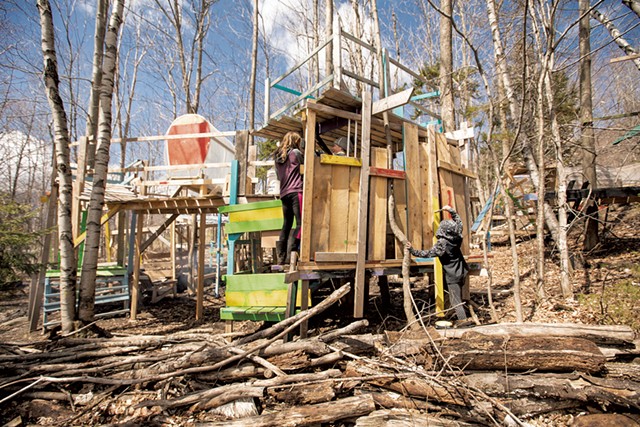 I think when kids build something bigger than themselves, they have the opportunity to create their world more. It's physical, and they're moving. I think such a big part of education is that they can move, that they can touch stuff, that they can climb stuff. It's a little risky. Those things make the learning experience exciting.

I try to work as a collaborator with them. We're on the same playing field — creatively, at least. That was my goal from the beginning: to keep it small, to keep it for this community, and to see kids from kindergarten through high school and to be able to support them through their path. The goal here isn't to make someone be a carpenter. It's more about the imagination. It's more about unlocking something and keeping that creativity going — a way of seeing the world.

You see this? [Holds up a slab of wood.] This could be trash to someone, right? But this could also be a post to someone. This could also be the start of a tabletop. You can sand it and unlock what's inside of it. You can cut it up into 10 pieces, and this could be bricks. The goal is to see thousands of possibilities in something. I think that's really what unlocks a lot of stuff in your life. No matter if you become a plumber or if you become a surgeon or whatever path you choose, you can always employ that idea of being resourceful and being creative.

On being free from perfectionism:

Nothing's really permanent. Everything is always getting broken down and recycled. I think that puts an emphasis on the process and takes emphasis away from the product. In other maker programs that I've seen, the emphasis is on the product, and I think that stifles the process because you're afraid to make mistakes. If you know that this isn't permanent — maybe it'll last a year or two — you approach it with more freedom. You approach it with more curiosity. 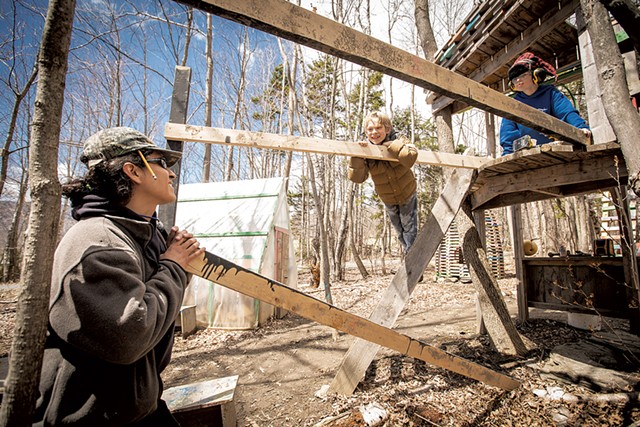 How one person's junk is another person's treasure:

I was at the dump, and I was like, There's so many plastic bottles. The materials really inform a lot of the projects. I'll go to construction sites and pull from their burn piles. This board [picks up a slab of wood] has probably been five different things. I'll reuse it until it's a tiny little piece, and then it's no longer anything we can use, and then it will go to my burn pile. But even when it's in the burn pile, kids are like, That could be something.

What I really love is walking around and seeing a piece and seeing the Sharpie marker message on it, or seeing three coats of paint on it and looking back like, Oh, yeah, that's the parade float from 2018. And then it became a soapbox derby car from 2020. Oh, and now it's a ladder rung. Every piece has a little history to it. I love that.

— This interview was edited and condensed for clarity and length.