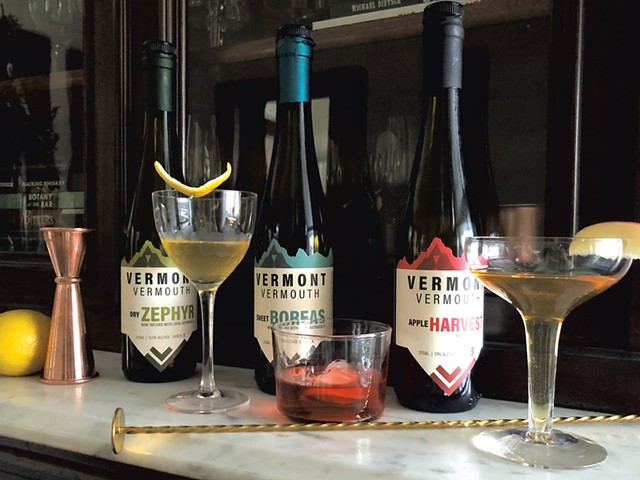 Vermouth is one of the ingredients most commonly used in classic cocktails. It sweetens a Manhattan, balances the bitterness of a Negroni or a boulevardier, and amps up the flavor of a martini or a Gibson. As cocktail culture has flourished over the past decade and these timeless drinks have regained popularity, so have their components — especially versatile vermouth. But even as it enters a new era, vermouth remains shrouded in mystery.

Kobey Shwayder's interest in vermouth started with a question that many drinkers ask: "Well, what is it?" He was making a cocktail at home seven or eight years ago, adding the requisite two ounces, when he paused to consider what he was pouring.

"As a good academic, I started doing some research," Shwayder said with a laugh. Then he started making the fortified wine himself, just for fun.

His business, Vermont Vermouth, emerged a few years later from what Shwayder, 36, called a "quarter-life crisis." With a PhD in linguistics, he struggled to find professorships in a fiercely competitive job market. "I started looking for something else to do," he said. "In the meantime, all through grad school, I've always been a flavor enthusiast."

Shwayder channeled that enthusiasm into cooking, baking and home brewing. Eventually, after years in Boston and Philadelphia, the Michigan native landed in Brattleboro working for his friends Avery Schwenk and Chris Gagne at Hermit Thrush Brewery, not long after its 2014 opening.

With their support, Shwayder navigated the serpentine process of building an alcohol business. In February 2020, Vermont Vermouth's first products hit the market: Zephyr, a dry vermouth; Boreas, a sweet vermouth; and Harvest, an apple-based aperitif.

"It's been an interesting year," Shwayder said, acknowledging the unfortunate timing of launching a month before the pandemic shutdown.

Getting his product into bars and restaurants was a large part of Shwayder's business plan; with many of those venues closed or running on limited budgets, he's had to shift his strategy. He spent the summer at farmers markets putting his teaching skills to use by talking with customers about what vermouth is and how to use it — all without being able to pour samples. 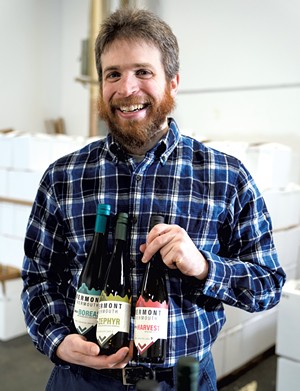 "People are used to the bottle of vermouth that's been at the back of someone's bar for eight years," Shwayder said, "and it's spoiled and bitter." In fact, as a wine product, vermouth should be stored in the refrigerator after opening and consumed within several months.

When Shwayder pitches Vermont Vermouth — and vermouth in general — he focuses on the myriad ways it can be enjoyed: on its own as a light aperitif before dinner or as an essential modifier in classic cocktails.

"It's the herbs and spices of the cocktail world," Shwayder said.

Vermouth is also a good fit for the pandemic-era phenomenon of to-go cocktails, he pointed out. "In some ways, vermouth is the original pre-bottled cocktail; it's wine that's fortified, so it's got a little brandy in it, it's got wine, it's got the herbs and spices."

From Morton's perspective behind the bar, vermouth offers a way to add flavor without making a drink too strong. Deli 126 is currently closed for the winter, but Morton plans to use Vermont Vermouth when the bar reopens in the spring. She and owner Jacob Shane purchased a mixed case of Zephyr, Boreas and Harvest after meeting with Shwayder right before the pandemic.

"It was awesome to finally have a fortified wine that's local that really stood by the traditional methods of making vermouth," Morton said. She's used the apple-based Harvest in hot toddies, and she's excited about mixing up Manhattans with sweet Boreas or locavore martinis with dry Zephyr and a Vermont-distilled gin.

And local it is. Vermont Vermouth sources most of its herbs from Foster Farm Botanicals in East Calais, supplementing them with ingredients from other area farms. The vermouth's base is made from cold-tolerant la crescent grapes. For now, Shwayder purchases that juice from upstate New York; Vermont winemakers also grow la crescent, but the state's most recent harvest was limited.

The apples Shwayder uses for Harvest come from Dutton Berry Farm in Newfane. Because the federal government defines vermouth as a grape-based product, Harvest is technically labeled an "apple wine specialty," but the same production process creates all three of Vermont Vermouth's current releases. 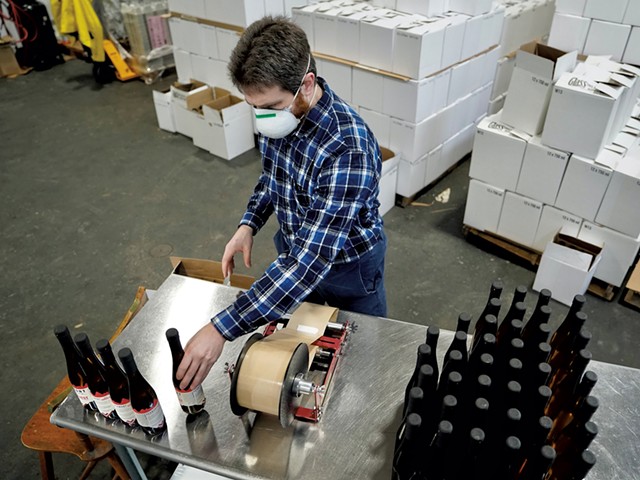 "It's traditional winemaking, and then there are additional steps on top of that," Shwayder explained. He ferments the juice into wine, and then uses two separate processes to add the herb and spice flavors. Hot steeping involves gently heating some of the wine with the botanicals, resulting in deep, cooked flavors. During fortification, he uses a cold steep, adding botanicals to an un-aged, neutral brandy to bring bright, fresh flavors to the final product. The results of both the hot and cold steep are added back to the base wine.

In addition, for the sweet vermouth, Shwayder makes hundreds of pounds of caramel per batch, combining several different darkness levels to create complex layers of sweetness and bitterness for a rich mouthfeel.

He is surprisingly up-front about his process compared with the giants of the vermouth industry, who tend to keep their ingredients and methods secret.

"I don't want to give away my full recipe," Shwayder admitted. But he's found that breaking down the process helps customers understand what vermouth is. Describing the product as "wine infused with spices" makes it approachable and gets customers interested, he said.

The seasonality of his products appeals, too. "People change their drinking habits depending on the weather, and I want to make a vermouth for each season," Shwayder said.

Zephyr, for instance, is named for a gentle spring wind, with bright, herbaceous flavors. "It reminds me of herbs coming up in the spring and the first sunshine," he said. Boreas, the sweet vermouth, takes its name from the cold winter wind. Warming, spicy and hearty, "it's something I want to sip standing by a fire," Shwayder said. Harvest is fall-flavored, with notes of apple, sugar and cinnamon.

Among Shwayder's future plans are a different herbal sweet vermouth for fall and a citrusy, floral dry vermouth for summer. The formulations and combinations of ingredients may be endless, but he plans to stay within vermouth's traditional categories for now. Hoping to include foraged ingredients in his early recipes, he ran up against federal regulations on what's allowed in alcoholic beverages.

That's not the only regulatory confusion Shwayder has faced in launching Vermont's first vermouth company. "Understanding how to get things done through a bureaucracy has probably been the most useful thing that's transferred over from academia, ironically," he said.

In Vermont, fortified wines such as vermouth are regulated not like wines but like spirits; they are controlled through the state's retail liquor agencies. In neighboring states with more forgiving definitions, Shwayder can sell his fortified wines directly to wine shops.

"It's easier for me to sell my products in Massachusetts and New York than it is in Vermont," Shwayder said. (They're currently available through state liquor stores and for pickup at his processing facility and at Hermit Thrush.)

Vermont Vermouth's products pose something of a conundrum for the state's classification system. Each contains less than the state's lower limit of 16 percent alcohol-by-volume for "fortified wines," but, due to the addition of spirits during the production process, they sit in an undefined space between "vinous beverages," "fortified wines" and "spirits."

On April 7, 2020, a declaratory ruling from the state Department of Liquor and Lottery concluded that Shwayder's vermouths would be classified as fortified wines and must be sold through the state. The ruling explains that vermouths, regardless of ABV, are included in the "fortified wines" category. That category was only added to Vermont's liquor laws in 2016, and it includes no explicit definition of "vermouth."

Shwayder hopes to change that. He's penned a letter to the state legislature seeking to broaden the definition of the "vinous beverages" category so that any wine products under 16 percent ABV may be classified and sold as wine. A clear definition would open up opportunities for vermouth production in Vermont, he believes; it might even encourage experimentation among the state's winemakers.

"Part of the fun of vermouth is that you get more people involved, and they're not necessarily in competition — it's about people wanting to try new flavors," Shwayder said. "I'm not mad if someone else is making vermouth. I'm excited, because it means more people are going to be interested in it."

Correction, February 21, 2021: An earlier version of this story misinterpreted some of the regulations surrounding fortified wines. Second class license holders with a fortified wine permit are allowed to purchase fortified wines from the state for resale.