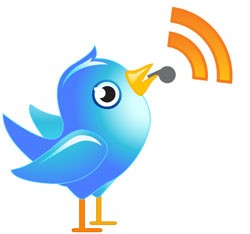 A Burlington-based social media experiment aimed at helping small businesses went bust in a big, public way last week, with Twitter users bashing one of the project’s founders for what they called a “scam.”

The mini-scandal grew out of an ambitious project launched earlier this year called “30 in Thirty.”

Churchill and McIntyre gained substantial exposure for their project, hyping it on social networks and during a television appearance on WCAX. Their plan was to help 30 small businesses in 30 days develop web-focused marketing plans and document the process on film. Churchill would handle digital marketing; McIntyre would execute the web design.

But after working with just two businesses, the project ended abruptly last week amid public accusations in the Twitterverse of sleazy business practices. Dozens of normally polite local Twitter users began spilling details of their business and personal relationships with Churchill, whose Twitter handle is @TheVermontHick. They aggregated their grievances in a single forum using the hashtag #btvhickscam.

“You’ve lied, cheated, scammed & hurt countless amounts of people. I have NO sympathy for all the backlash you’re receiving, @TheVermontHick,” one user wrote.

“I praised @TheVermontHick in public for great social media chops. Little did I know how he put them to terrible effect,” lamented another.

Another vented, “Ice is cold, rocks are hard. Reality bites, and karma’s a bitch.”

Neither Churchill nor McIntyre has been charged with anything illegal. But Churchill in particular is being tried in the court of public opinion on the very social networks he used to promote his projects. Champlain College professor Elaine Young noted that irony in a blog post titled “The Rise of the Social Media Mob” on her website, ejyoung.com.

“It’s a small step to go from support and defense to a social media mob feeding frenzy that has no good outcome,” Young wrote. “So stand up for those who need it...But just remember that social media can make it bigger, faster, meaner, and more serious than you intended.”

Churchill and McIntyre launched “30 in Thirty” this past spring. After successfully creating a new website and digital marketing plan for Nunyuns Café & Bakery in Burlington as proof of the concept, they set out to raise $75,000 by early July on Indiegogo, a Kickstarter-style crowd-funding website. Despite offering lavish perks to high-dollar donors such as the chance to win a tropical cruise, the project fell short of its goal, raising just $3000.

So the duo retooled the project from a documentary film into a series of web videos. The first “webisode” was posted online in late August, spotlighting an old-fashioned toy store in Waterbury called the Tiny Acorn. That turned out to be the only “30 in Thirty” episode to air.

Last week, the “30 in Thirty” website was replaced with a note, unsigned but apparently written by Churchill, explaining the project’s sudden end. “Along the way, mistakes were made and some people left feeling like they were misled as to our intentions, practices or plans,” the note read.

McIntyre says he quit the project because of Churchill. “I couldn’t work with him anymore.” McIntyre says he grew frustrated with Churchill’s decision making and what he described as “not following through on stuff” or “overhyping stuff.”

Another point of contention was the purchase of fake followers for “30 in Thirty’s” Twitter account and fake “likes,” for its Facebook page. According to the Fake Follower Check tool at fakers.statuspeople.com, nearly two-thirds of @30ThirtyDoc’s 3400-plus Twitter followers were dummy accounts.

“I told him I was very much against that,” McIntyre says of the fake followers, “and he did it.”

Churchill, who’s taken the heat for the failed experiment, declined to respond to what he called the public “personal attacks” that have been leveled at him. But in an emailed statement, he admitted that, “‘30 in Thirty’ was hastily planned and poorly executed. As half of the ‘30 in Thirty’ team, I take responsibility for these shortfalls.”

“While I have personally made decisions in my private life that have allowed people to question the integrity of our project’s intentions or practices, we never had any less than the best of intentions regarding our work,” he continued. “‘30 in Thirty’ may be over,” Churchill said, but he wants to seek out 28 more small businesses to assist with digital marketing.

Several contractors who worked on “30 in Thirty” said they still haven’t been paid for their services, though most declined to talk publicly for fear of losing future business. Graphic designer Nichole Magoon says Churchill contacted her via text message in the spring and offered her $1000 to create a logo for the project and other graphic work. “I didn’t sign a contract because I trusted him,” Magoon said.

By August, Magoon says, she still hadn’t seen any of the money promised, so she contacted the team. McIntyre, who says he wasn’t aware Churchill had hired Magoon, paid her off in two $500 installments.

“My frustration was just that the whole time, they had been using my graphics and logo — they’re still using it — and they’re saying they’re saving small businesses,” Magoon says. At least three other women, all recent college grads, say they worked on the project but never received promised compensation.

A few good things did come out of “30 in Thirty.” Two local businesses got new, high-tech websites, which McIntyre says he intends to maintain. “I still think it is a viable idea,” McIntyre says, but not with his former partner and not with “30 in Thirty” in the name.

And the local Twitterverse may have learned a thing or two. Some of the users who had made serious accusations against Churchill also expressed concern that venting on Twitter may not have been the best way to address the situation.

“For the record — I, for one, am not enjoying this. But it seems to be helping a lot of women & protecting them,” wrote a Twitter user on the #btvhickscam hashtag.

“Tweeting is a good start (sunlight is the best disinfectant). But there may be legal remedies, too,” wrote another.

The message on the “30 in Thirty” website offers to refund any contributions made through the Indiegogo campaign, although emails to the provided refunds@30inthirty.com address were bouncing back as of Monday afternoon.

Churchill has since launched Winston NYC, described on its website as an “ongoing effort to seek out new and otherwise undiscovered or underappreciated beauty and bring it to life through film, photo and branding.” On the home page is a photo of a woman in a short pink top exposing her midriff.