Vermont Tries to Prevent Roadkill on a Stretch of I-89 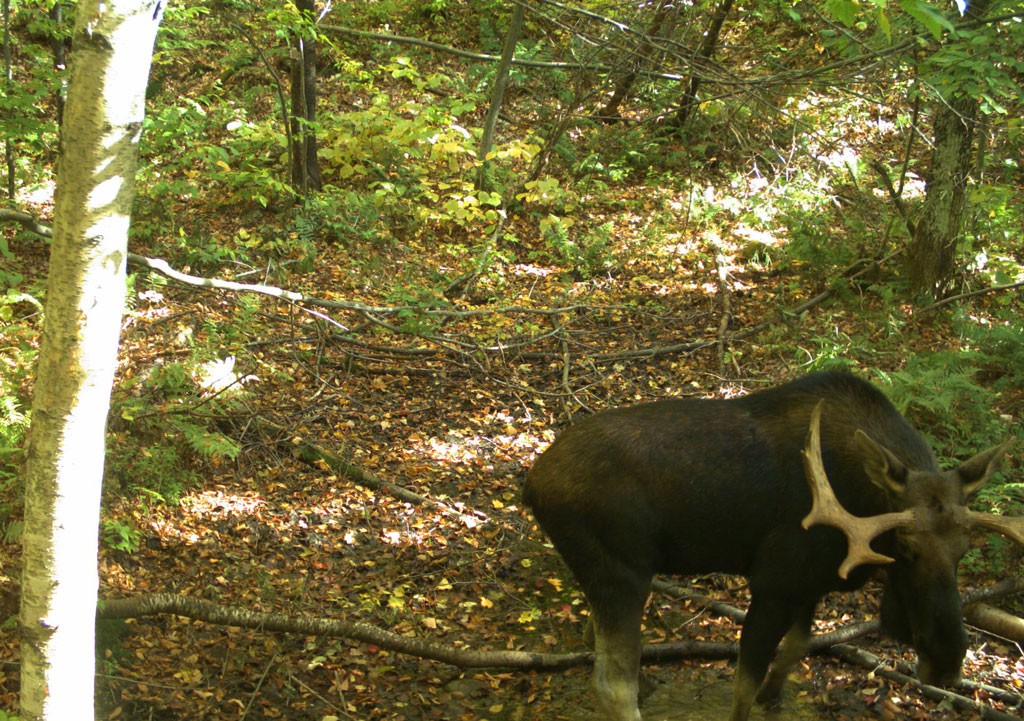 Last year, a reader wrote to ask Seven Days what was up with Vermont's horrifyingly gross abundance of roadkill. In our Whiskey Tango Foxtrot column addressing the issue, Erik Filkorn, public outreach manager for the Vermont Agency of Transportation (VTrans), acknowledged that the state has "nowhere to put" the carcasses of animals that meet their deaths on Vermont's roads. "The crows and the turkey vultures are the most effective disposal team available to us," he said.

However, Filkorn also assured readers that VTrans hasn't given up on the roadkill problem but is "actively working with the Department of Fish & Wildlife to ... come up with better protocols for dealing with this issue."

Indeed, two years ago, the Vermont Fish & Wildlife Department and VTrans announced the launch of a two-year study to mitigate the effects of highway traffic on wildlife. The goal is to ensure that fewer animals are killed simply as a result of following their natural instincts to roam in search of food or shelter.

The study focused on the Interstate 89 corridor between Waterbury and Bolton, a seven-mile stretch where the interstate divides wildlife populations. That area also includes Route 2, a railroad line, local roads and the Winooski River.

On either side of those obstacles lie two biologically important areas — the forest blocks surrounding Mount Mansfield and Camel's Hump.

To gather intelligence for the fight against roadkill, Fish & Wildlife conservation planning biologist Jens Hilke deployed game cameras throughout the area. He hoped to measure the abundance of wildlife species and determine the spots that are most popular for their dangerous crossings.

The project is wrapping up this fall, with a final report to be issued in the winter. Hilke, a 41-year-old Burlington resident, recently talked to Seven Days about what he has learned so far — about which critters survive the crossing and how, and how developers, landowners and the state can help.

SEVEN DAYS: Some people may be surprised to hear there is a significant amount of wildlife in the relatively busy, highly populated Waterbury/Bolton corridor. How much wildlife really lives there?

JENS HILKE: In the past two years, we've had 40 cameras in Bolton and Waterbury, and we've collected 70,000 pictures of wildlife. We have a sequence of a bobcat toying with a squirrel, flopping it in the air. We have cameras on culverts and bridges.

We're getting a sense of the relative permeability. Wildlife are moving under or over I-89, but not nearly as much as in the forest box adjacent to I-89 and the areas of natural cover. In the face of climate change, wildlife are moving around, adjusting their ranges. And they do that from places that are connected. That spot in Bolton and Waterbury is a key part of the connection. It's regionally significant, between the Mansfield [forest] block and the Camel's Hump [forest] block.

SD: Are certain creatures more successful at crossing I-89 in that area?

JH: Species like mink and fisher, we're seeing a lot of movement, but we don't see them on the road a lot. There are so many culverts on I-89. We have pictures of a fox in a culvert 320 feet long. That's incredibly long and dark, and a fox will do it. A 320-foot culvert — is that a particularly bold fox that will make a trip few other foxes will make, or is that "ho-hum" for a fox? I'd like to know more about that. Muskrat, weasel family like mink and fisher, they all use these networks of culverts.

SD: What would you say to people who wonder why the state should spend money on this project?

JH: The mission of the department is to maintain all the species that are in Vermont, and their habitats, for the people. Our responsibility is to answer to the people that we're doing our best by these resources. Allowing for wildlife movement is what ultimately will help these species last. It allows for genetic exchange; it allows for wildlife to get to move to different food sources. These are critical issues for maintaining species in the future.

SD: I know you are hoping that land conservation groups will use the information to guide future work. Any others who might benefit from the data you collect?

JH: This work is headed in a bunch of different directions. Land protection organizations can find appropriate, willing landowners who can play a role in the ecological world and are willing to sacrifice [some] rights. [And we're] working with organizations like the Vermont Natural Resources Council as to where to prioritize their work. And when we're building bridges or culverts, we can make investments about how they can benefit wildlife.

This is all under the larger picture of climate resiliency: How do we build infrastructure that can handle climate change and allow for animal movement? We're constantly improving transportation infrastructure. When we size culverts for flood resiliency, [we can make] it work for wildlife.

It already happens for VTrans; they adopted standards after [Tropical Storm] Irene: natural bottom versus corrugated metal for culverts. Anecdotally, we haven't seen as much [wildlife] movement through the corrugated pipes. Where we have natural-bottom culverts that are appropriately sized for flooding, we get dry land. And they allow for [wildlife] movement. It's a win-win.

SD: Are there examples today of the state considering wildlife movement while conducting a construction project?

JH: As part of the repaving on Route 2 in Waterbury, some of that money went to environmental mitigation to pay for cameras and to build a wildlife shelf beside the river. We used to put big rocks under bridges to protect the abutments. [But] some animals won't walk over those rocks. [In Waterbury,] they filled in the cracks of those rocks with dirt from the job site. That made it soil on top instead of exposed rock. And that allows wildlife to move. So there's a new standard in VTrans: From now on, we put dirt over the rocks under bridges.

SD: What has surprised you during this study?

JH: I see the best and the worst of the interaction of wildlife on the highway. There are tragic stories about bears running out; seeing the barrier, they turn around and get hit. But then I've been really surprised by just how many wildlife species use these bridges and culverts and move back and forth.

SD: Have your cameras captured anything interesting besides wildlife?

JH: We have pictures of people out hunting who wave and smile. [But] we're not saving any pictures of people. This is not about recording what people do. We lost a camera last week to a vehicle accident. Car flipped and took out a tree our camera was in. We lost a camera in the region to vandalism, only to have it show up further afield in Elmore, unhurt. It's always fun.

The original print version of this article was headlined "Critter Crossing"