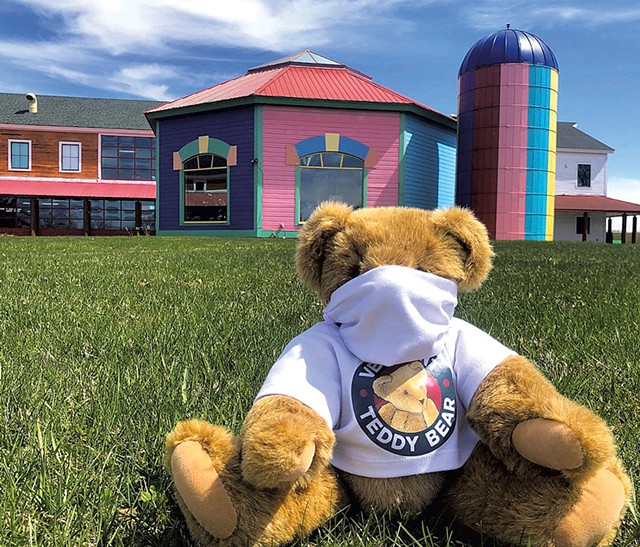 They're inexpensive, come in all kinds of colors and designs, and are recommended for people to wear while they're out and about. Most importantly: They help protect others from a deadly virus.

They're also widely available, in part because of a mask-making initiative spearheaded by Vermont Teddy Bear. The Shelburne-based company is creating mask kits that contain an instruction sheet and enough material and elastic for 48 facial coverings. It sends the kits to different businesses and municipalities that recruit volunteers to stitch them together, according to Matt Mole, Vermont Teddy Bear's global sourcing director.

"We're trying to make it as easy as possible," Mole said. "We ask the sewer to bring a sewing machine and donate their thread, and otherwise we're gonna send them everything else."

Burton, Seventh Generation, Darn Tough Vermont, the City of Burlington and the Town of Williston are among those pitching in. Mole said he sent kits this week to volunteers in Bennington and Windsor counties, as well.

The goal? Some 125,000 masks — enough for about one in every five Vermonters.

The company put bear production at the factory on hold for about a month, according to Mole, and focused on the kits. Vermont Teddy Bear bought die cuts and much of the material, though several businesses, including Bee's Wrap in Middlebury, have donated fabric.

So far, Vermont Teddy Bear has made enough kits for about 50,000 masks. All are adult size, but the company plans to make some for kids as they prepare to go to summer camp and, eventually, back to school.

"We just felt like it's the right thing to do," Mole said. "We're getting these masks out to people who need them. It's above dollars and cents — it's about people."