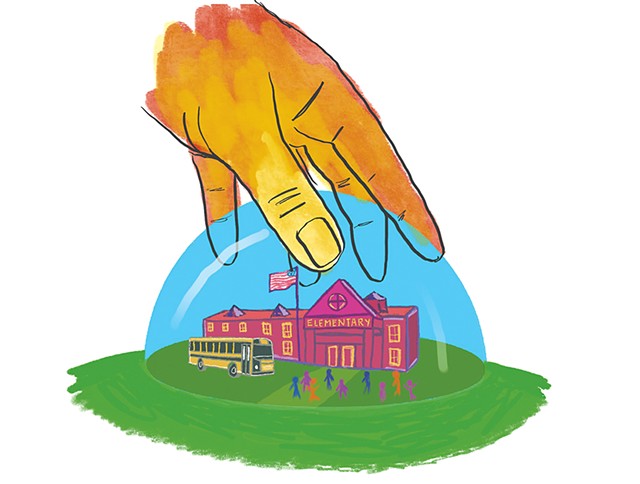 Scott appointed the 25-member group of lawmakers, health care professionals, law enforcement officers, school officials and security experts after the February 2018 Parkland, Fla., school massacre and the arrest of a Vermont teen who plotted a similar rampage at Fair Haven Union High School. The events prompted the governor to sign a package of gun bills into laws that expanded background checks, banned bump stocks and the sale of high-capacity magazines, raised the legal age to buy a gun to 21, and allowed judges to remove firearms from individuals deemed an imminent danger to themselves or others. He asked the task force to suggest additional strategies to prevent mass shootings.

The group submitted its report to Scott's office in May, but the governor didn't immediately release it. The report recently appeared on the task force website.

The group believes that gun-policy proposals are outside its scope, though "the evidence that easy access to firearms leads to the use of firearms in violent acts is irrefutable," its report says.

Cochair Mourning Fox, deputy commissioner of the Department of Mental Health, said last week the task force avoided proposals that could be politically polarizing. "We did not want this report to be divisive or to be seen as partisan in any way," he said.

Vermont schools have already spent millions to improve security, including $5 million in recently awarded state grants. A number of the task force's proposals would further gird Vermont schools to withstand assault. The report calls for tourniquet kits and panic buttons in every school and so-called "Columbine" locks on every classroom door. It suggests that police departments have "appropriate armament and ballistic protection" in every cruiser.

The group's approach pleased Rep. Patrick Brennan (R-Colchester), a gun-rights advocate on the task force, who said "the focus was where it should have been, which was making schools safer."

But Sen. Philip Baruth (D/P-Burlington), a gun-control advocate who was not a member of the task force, said the recommendations deflect attention from further gun reform.

The task force didn't endorse a bill that Baruth introduced this year that would have created a gun-purchase waiting period and required gun owners to store their firearms in a safe or with a trigger lock. The "safe storage" provision didn't make it out of committee; Scott later vetoed a stripped-down waiting period bill. Instead, the report notes only that such measures "can be explored further."

The report also proposes that judges be empowered to order seizure of an individual's firearms when issuing a restraining order, instead of requiring a separate hearing. Rep. Maxine Grad (D-Moretown), chair of the House Judiciary Committee and a task force member, said the report's references to gun-control measures do "lay some groundwork" for further legislative action.

Scott specifically directed the task force to examine whether the state could harness "stronger open source intelligence gathering" at the Vermont Intelligence Center or the cybersecurity center at Norwich University. Some mass shooters, including Nikolas Cruz in Parkland, have signaled their intentions online. Cruz's threatening posts were reported to authorities but were not heeded effectively.

A Burlington company, Social Sentinel, is a leading provider of software designed to alert authorities to digital bread crumbs left by would-be shooters. Companies like Social Sentinel use keyword-based algorithms to scan platforms such as Twitter, Facebook, 4chan and YouTube for posts within a client's geographic area that might indicate violent intent. Social Sentinel's software alerts its clients to potentially worrisome posts. The client — often a school district — decides what to do next.

The task force recommended that Vermont pay a company to monitor social media posts across all school districts. That means virtually every Vermonter's public posts could be scanned continuously by computer software. Posts deemed threatening would be sent to a public official for further review.

The task force's proposal did not specify who should administer such a program or precisely whose posts should be scanned. It settled on the idea after Social Sentinel's founder and CEO, former University of Vermont police chief Gary Margolis, gave a presentation to the group.

The tactic makes sense to Jeanne Collins, superintendent of the Rutland Northeast Supervisory Union. Collins signed a $10,000 contract with Social Sentinel for the 2017-18 school year. She liked the service but dropped it after a year because of budget cuts.

Social Sentinel didn't find any threats of violence, but Collins recalled that it did alert school officials to a post by a student who complained about being bullied. "We called him in and talked with him and tried to build a safety plan around him," she said. 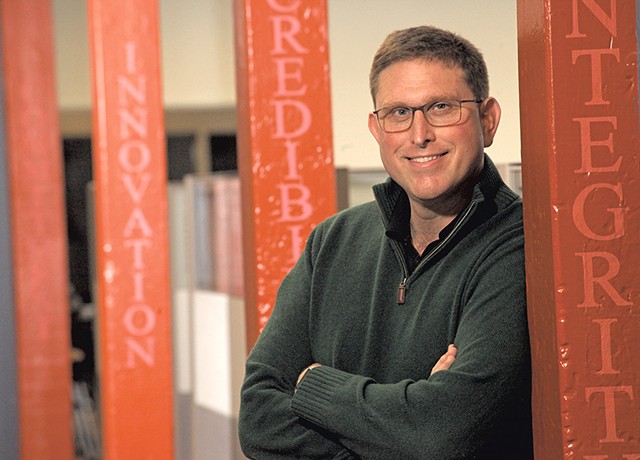 Vermont would not be the first to monitor social media accounts statewide. Last month, Ohio Gov. Mike DeWine created a school safety center that will contract with a company for the same purpose. Florida's legislature responded to Parkland in part by creating a controversial database, launched in August, that collects students' mental health histories, disciplinary problems, criminal records and troublesome social media posts in an effort to identify potential school shooters.

Social Sentinel pitches itself as a digital carbon monoxide detector that scans passively for threats, rather than as a surveillance device. "Only public posts are scanned so there is no infringement on privacy, and we do not allow, nor is our technology able to, profile users," communications director Alison Miley wrote in a response to written questions.

But privacy advocates argue that the monitoring technologies are unproven and ripe for abuse.

Scanning students' posts is intrusive, even when limited to material that is publicly accessible, said Faiza Patel, codirector of the Liberty and National Security Program at the Brennan Center for Justice in New York City.

Monitoring software is known to flag posts that aren't true threats or have nothing to do with school. And when schools probe students' private lives, things can go awry. Last year, two New Jersey teens were suspended from school after posting about a trip to a gun range. They're suing their school district with help from the American Civil Liberties Union.

In 2017, Social Sentinel's sales team approached Colchester Public Schools, which declined to buy in. The town's police department did, for a reported $16,000, but dropped the software after officers found themselves wading through innocent posts that tripped threat alarms. "It never produced anything actionable," Police Chief Douglas Allen said.

Miley said the company has reduced "false positive" alerts dramatically within the past year. The media's focus on the false alarms gives a misleading picture of how the technology works, she said.

Baruth called the task force's proposal a "head fake" and said it would be ironic if the state responded to students' calls to curb gun violence by scrutinizing their social lives.

"Should the state be in the business of monitoring every single social media post my daughter makes as a ninth grader at Burlington High School?" he asked. "She would be horrified."

Rob Evans, a security consultant who serves as the liaison for the Vermont School Safety Center, said monitoring software can augment the "see something, say something" approach that schools have begun promoting. It's a question of due diligence, he said.

Evans works for Margolis Healy, a consultancy that was cofounded by Social Sentinel's Margolis but was sold a couple years ago. The two men no longer work together. Evans headed the task force's "prevention" committee but said he didn't push the group to look at Social Sentinel. Daniel Barkhuff, an emergency room physician at the University of Vermont Medical Center and task force cochair, did. He said he learned about Social Sentinel from Stuart Stevens, a Republican political consultant who assisted with Scott's 2018 reelection campaign.

"It's a recommendation that the committee as a whole was pretty excited about," Barkhuff said, adding that they "wouldn't recommend to the governor any particular company."

It's not especially surprising that a local company in the mass-shooter prevention business would cross the task force's radar. Further, Margolis had been trying to get attention for the company. On the day of the Parkland shooting, he tweeted at Scott: "Governor, take pride that a Vermont-based company is helping schools identify the violence before it happens."

The governor's office did not make Scott available to talk about the task force report, but a spokesperson said the recommendations may figure in Scott's 2020 agenda.

Social Sentinel has grown nationally in the 18 months since Parkland and now claims clients in 36 states. Though Social Sentinel did not disclose individual Vermont clients, Evans said he believes only a "handful" of districts use such a service.

Montpelier Roxbury Public Schools is one. Administrators there decided to contract with Social Sentinel last year after reviewing the district's emergency preparedness.

So far, the software has yielded alerts for political posts about President Donald Trump and missives posted under the hashtag #enoughisenough, used most recently as a rallying cry by gun-control advocates. But superintendent Libby Bonesteel said she isn't willing to take any chances around school violence.

"If it gives my first responders five extra minutes or gives them the opportunity to look into something — even if it's nothing — to prevent some horror from happening here, then right now, I'm OK with that," she said.