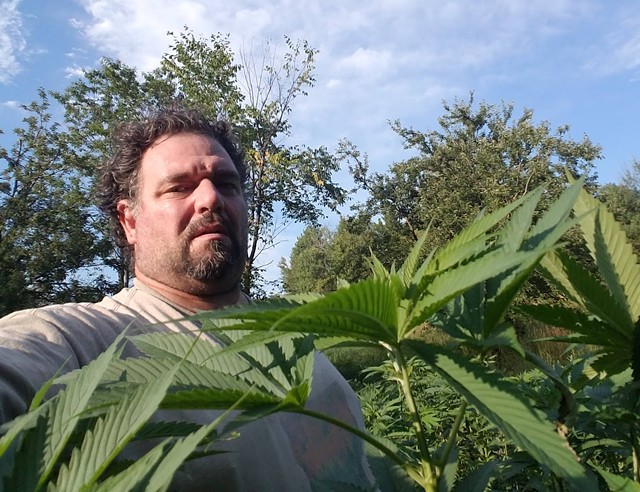 The Vermont Cannabis Control Board has hired a longtime state agriculture official to be its director of compliance.

Cary Giguere, director of public health and agricultural resource management for the Vermont Agency of Agriculture, Food & Markets, will start on July 17.

His job will be to ensure licensed cannabis businesses in the state operate aboveboard, including that retailers are properly licensed, growers use proper pesticides and THC levels in edibles are safe.

“When I think about Vermont’s reputation for quality, it’s hard to overstate Cary’s role in setting up the systems that allowed our farmers here to flourish,” Pepper said. “We’re very grateful for your willingness to take on this challenging role.”

Giguere has worked for the state for nearly 30 years on a variety of agricultural issues, including pesticide usage on seeds and crops, water quality, composting regulations, microplastics, and the state's hemp program, in place since 2016.

Giguere could have just finished out his career at the agency and retired, but he said he wanted to play a role in helping ensure a cannabis market with a reputation for quality can thrive in the state.

Betting Big on Weed: Hopeful Vermont Cannabis Players See Green in the Coming Retail Market
By Derek Brouwer and Sasha Goldstein
Business
Giguere grew up in Western Massachusetts and moved to Vermont in 1993. He has degrees from UMass Amherst in chemistry, botany and environmental science.

He started out in a state lab testing seed, feed, fertilizer and pesticides used on farms in the state. In 1999, he began working with the pesticide program, which regulates the chemicals used on fields, golf courses and highway rights-of-way.

That experience is relevant to his new role in two ways. One is that pesticides used on cannabis plants can make their way into the final products, which need to be scrupulously tested to ensure they're fit for human consumption, he said.

The other is that the process of concentrating cannabinoids such as CBD from hemp and THC from weed is very similar to the methods used to extract pesticides, he said.

As head of the state’s hemp program, Giguere worked closely with other states where cannabis is legal. At times, he said, he felt they hadn't done enough to regulate pesticide use by growers.

“We have the opportunity to learn from other states’ growing pains and to get it as right as we can here the first time around,” Giguere said.

The Vermont Cannabis Control Board has begun issuing licenses for the state’s fledgling fully legal weed market. The board has approved nearly 50 growers, as well as two testing laboratories. Some applicants, especially outdoor growers, are anxious to get licensed so they can harvest in time for the anticipated start of retail sales of recreational — also known as "adult use" — cannabis in October.

"If you are an outdoor cultivator," Pepper said Wednesday, "I can tell you that everyone here recognizes that we're down to the wire, but we're almost there."

Vermont Issues First Cannabis License for Legal Market
By Sasha Goldstein
News
A big part of Giguere’s job will be making sure that cannabis farmers who’ve been growing for years in what's known as the "legacy market" understand and comply with the new rules around the regulated market.

“We’re trying to transition a legacy market into one that's operating in the light of day,” he said.

He expects to respond to complaints, ensure retailers are operating with licenses, inspect growers and processors, and ensure products are free of contaminants. The board is expected to hire compliance officers that will report to Giguere, who will report to the board's executive director. He expects to continue at his current state salary of $99,216.